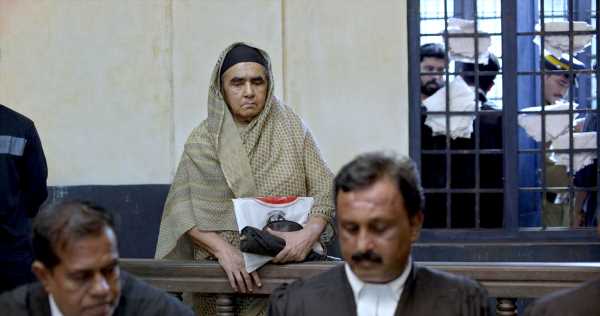 I thought Saudi Vellakka a glancing, loving depiction of the judicial system as a pageantry filled with performers trying to do right by everyone, do everything by the book, and failing despite their best attempts, observes Sreehari Nair.

At the heart of Tharun Moorthy’s Saudi Vellakka is a long-running court case, and it is set off by an improperly timed cricket shot.

Nine-year-old Abhilash Sashidharan is an open-mouthed kid, growing up in a poor urban area of Kochi, a ghetto that other Kochi-ites refer to as ‘Saudi’.

Unlike the houses you’ll find elsewhere in ostentatious Kerala, the houses in Saudi are Kleenex boxes with cubbyholes, modest courtyards, and boundaries in perpetual conflict.

On this fateful day in 2005, Abhilash encounters one of the first disappointments of early adolescence: He fails to extract a milk tooth that hangs on to its socket by the last of its ligaments.

By the end of the day, however, he gathers around with his friends, on the terrace of his tuition centre, for a round of low-key cricket, with a coconut frond for a bat and a vellakka (baby coconut) for a ball. And that’s when it happens.

Abhilash’s on-drive flies over the terrace and hits 71-year-old Ayesha Rawther on the side of her head. The old hag, driven to a bout of momentary madness, comes after the kids, who, like those breakaway Communists, wind up exposing one of their own.

Rawther initially wants to thwack the little boy with the frond at hand, but settles for the all-purpose slap… and out comes the dangling tooth followed by a rivulet of blood and spit.

We catch the old hag turning into a mother hen almost immediately, but that’s little compensation, and the bleeding boy’s parents file against Rawther a case of ‘violence against a minor’.

Arrested that very night and released on bail, the doddering assaulter spends the next 14 years making trips to one courthouse after another — even as her small family melts away, magistrates change, and witnesses either conk off or take to their death beds or lose their memory.

Saudi Vellakka begins in 2019 with the now 23-year-old Abhilash Sashidharan (Lukman Avaran, displaying a full set of impressive teeth that he grinds judiciously when angry) attempting to give the old lady a reprieve toward the end of her life.

While this could very well have been one of those basic grace-and-redemption stories, it’s a measure of Tharun Moorthy’s artistic integrity and his humanity that he doesn’t soften the material. The characters in this movie do some terrible things, but their misdemeanours are charged with everyday confusions and minor irritations.

Moorthy is more than just a wonderful director of faces; he is also a naturally gifted portraitist, an expert in the creation of swift gargoyles.

Ayesha Rawther’s abrasive neighbour, who prods the boy’s parents into trapping the old woman, is a skunk by his actions; but the skunk has a pencil-thin moustache à la Clark Gable, and talks to himself like a man who needs some convincing.

The lawyer who tries to swindle the old woman of her savings blinks between sentences, as if he is hesitating slightly.

Abhilash’s sulphur-spewing mother has a gummy mouth which when challenged freezes up and goes sullen, like that of the dead fish she cleans in her backyard.

When we meet these people, they are caught up in the whirlpool of life.

They are beautiful and full of vitality.

And then we see them grow old, become infirm, shed their beauty, have their dreams noiselessly drained out of them. We understand then that we cannot afford to evaluate them in easy moral terms.

The real fecundity of Tharun Moorthy’s mind shows in the way he has anticipated most of the standard critical responses to his movie, and given us a work of art that expands on such hollow pronouncements as ‘Saudi Vellakka is a stirring indictment of the Indian judicial system.’

A fiery court scene from the Mohanlal-starrer Narasimham plays on the bus that transports a fretting Abhilash Sasidharan from Bangalore to Kochi, after he is summoned by the police in the 14-year-old case.

14 years ago, the old lady’s googly-eyed son Sathaar had fretted similarly when a team of police personnel had visited his house in the dead of the night to take his mother away.

Sujith Shanker’s Sathaar is a sweet-souled man, who cannot stand up to the rhetorical put-downs of his wife Naseema, let alone stand up to the law and its pointed questions. So he sets aside his plate of hot porridge, scrambles into a shirt, and toddles off on anxious legs to his best friend Britto Vincent (Binu Pappu), a local party worker who advertises his conscience in the white attire he always wears in public. Part of the movie’s comedy derives from how it equaliSes the common man responding with trepidation to visits from the cops and notices from the courts and the law-keepers who are themselves trying to hold on to their sanity.

‘You are finished, bro. You don’t know Kerala police. They are hawks; they will pounce on you,’ says Abhilash’s best friend, who picks him up at Kochi.

Such reactions may be born out of the growling, snarling picture of the police painted in films like Narasimham, but they do not correspond with the khaki-clad men and women we meet in Saudi Vellakka.

For instance, the sub inspector who arrests the old lady has no hawkish instincts whatsoever. His stiff upper body and his professional smile, which he alternates with shows of anxiety, confer upon him the poise of a CEO working in the higher reaches of hell.

Then there are those magistrates, every single one of whom sits easy while projecting a sagely, sculptural presence.

Moorthy has drawn up his magistrates with such finesse that it may scare you to think that there are perhaps as many categories of them as there are legal problems.

There’s a wife-fleeing magistrate who puts on his black coat at midnight and reads in a murmuring tone the details of the FIR; a sultry lady magistrate suffering from a cold that makes her seem dewy-eyed and emotional; a magistrate who can smell fake bail witnesses from his chair; a magistrate who doesn’t take too kindly to musical reverse gears.

Some of these magistrates sketch, some read out verdicts like doctors do prescriptions, some are failed poets, and some speak like their favourite mass heroes.

An indictment of the Indian judicial system?

I thought this a glancing, loving depiction of the judicial system as a pageantry filled with performers trying to do right by everyone, do everything by the book, and failing despite their best attempts.

And it’s when we read the plot of Saudi Vellakka in tandem with its precise sense of proportion in people that we arrive at its tragicomic essence.

This is not a film interested in rewriting grand injustices. This is a film intent on reminding us that it’s those random events in life that leave behind the deepest wounds.

Cinematographer Sharan Velayudhan shoots the narrow lanes of Saudi as if each were part of a continuous history, places where intimations become explicit, where curses come true, where today’s gossips are doomed to become tomorrow’s inescapable facts. And as we see the characters walking these lanes at different points in their lives, we find our perceptions of them being sharpened.

Binu Pappu’s Britto Vincent takes his whites pretty seriously, in that he is a bit too clean. And when his political career doesn’t fly, we intuitively comprehend the reason: Britto has too much heart to be a successful politician.

On the night of the old lady’s arrest, we are introduced to a character with comic overtones, a senior lawyer (played by Sidhartha Siva) who sleeps en route to the magistrate’s office with his tummy hanging over his thighs and with yawns loud enough to silence the katydids.

Much later in the narrative, we are led to the lethargic lawyer’s house, where we discover that he now exists as a garlanded photograph beaming from the wall.

‘We used to make fun of him, but I suppose he was seriously ill,’ says the lawyer’s widow, and it feels as though she is apologising for the callousness of everyone in the audience.

The old lady’s daughter-in-law Naseema is more than just a repository of repetitive questions; she is an extravagant slinger of questions that cancel each other out.

Naseema can, in the same breath, poke at her mother-in-law’s guts and take the air out of her husband’s manhood.

She’s a terrific example of someone who doesn’t have a plan, yet wishes desperately to be in the thick of the action; someone who comes alive when alone by the clothesline, where she takes a whiff of a sari and exclaims, ‘Boy, this really stinks!’

The tragedy of Ayesha Rawther, the story’s central figure, is not an advertising-level tragedy of a paavam old lady. It’s the tragedy of someone with immense pride in her abilities, losing some of that pride and with it, her life force.

Her ominous nose and pinched lips become more and more prominent as she turns into a non-verbal spectator inside the numerous courtrooms she attends.

It’s almost like observing a lioness with claws slowly transform into a sparrow up on a branch, a sparrow that scans everything carefully but never dares to chirp.

For the most part, Rawther is not photographed for our sympathy.

You get no close-ups of her wrinkled hands or swollen ankles but she ages with complete believability (everyone in this movie does, with superb sunken jaws and brilliant balding heads) and toward the climax sequences she even acquires Scorsese-grade caterpillar eyebrows that stand out on her profile.

In her private moments, you get a sense of her history, and those passing bits of her trying to smell lemons may remind you of Victor Sjöström in Wild Strawberries trying to recapture his childhood by a lake.

There are mirrors and layers in the tale he is narrating, but Tharun Moorthy doesn’t force those upon us; he wants us to read them for ourselves.

A few scenes, however, have tonal issues, where the slow motion and the background score strain too hard to tug at our heartstrings.

Also, in the opening and closing passages, the staging may seem a tad close-fisted; especially, Abhilash Sasidharan’s phone conversation with his boss, which comes off as too rushed and jokey, something a ‘content player’ might put out.

These are not compromises but blemishes in storytelling, and they suggest last-minute edits and alterations.

Most importantly, the blemishes don’t matter when weighed against Moorthy’s generosity for his characters.

But in Tharun Moorthy’s second feature, there’s a sure touch, reminiscent of Jean Renoir.

And when his characters make proclamations such as ‘I cannot lie’ or ‘I am a decent person!’ the young film-maker isn’t setting us up for a moment of cynical reflection later — he genuinely wishes to check how far even the vain ones can go without betraying their image of themselves.

The affection you develop for the characters in Saudi Vellakka has its source in an aesthetic that is epic in its scope. 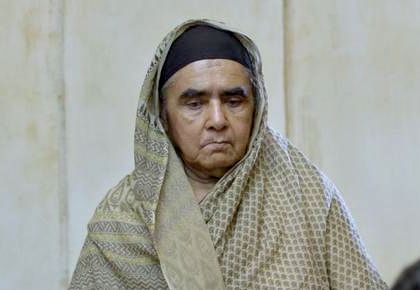