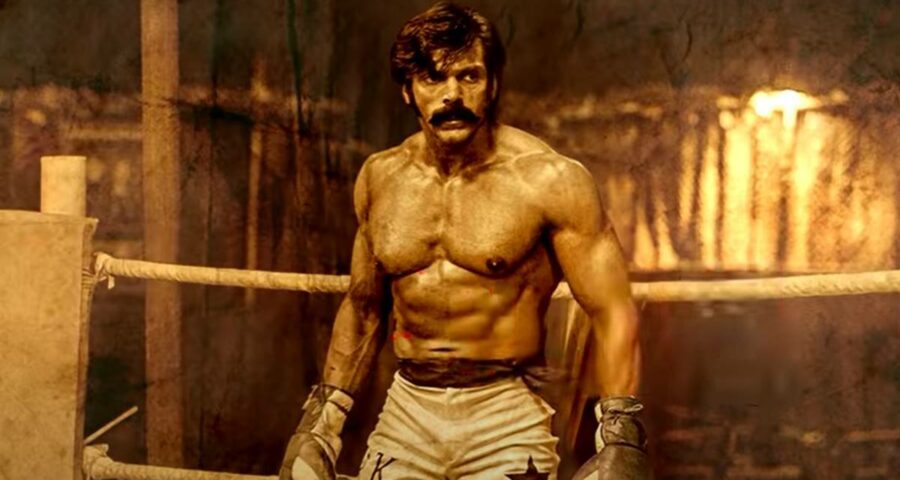 Sarpatta Parambarai is set in the backdrop of the 1970s Madras. It is Ranjith's first movie based on a sport. The film stars Arya, Pasupathi, Dushara Vijayan, John Vijay, Kali Venkat among others. Filmmaker Pa Ranjith kicked off the promotional campaign for his upcoming film, Sarpatta Parambarai. The three-minute video gives us a glimpse of all the efforts and preparations that went into making this film.

We see Arya, who is playing the lead role in the film, pumping iron, pushing and pulling weights at the gym. He can also be seen firing up his cardio by performing boxing exercises. The actor seems to have gone an extra mile to authentically learn boxing for his character. It sort of sets a new standard for boxing films that will be made in Tamil in the future. Usually, the actors compromise on their training part and give us a performance in the ring riddled with inaccuracies. Ranjith is clearly pushing boundaries in shooting boxing matches.

If the making video of Sarpatta Parambarai is anything to go by, Arya seems to have learned a great deal of boxing in preparation for the film. His stance, punching style and the way he moves give us the impression of a real boxing champion. Not just him, the other members of the cast, who are playing boxers in the movie, have trained heavily for their characters.

John Kokken plays a role called Vembuli, he is from Idiyappa Parambarai, the rival of Kabilan’s (Arya) Sarpatta Parambarai. The boxing match between these two fighters seems to be at the centre of this movie. Also, we see Kalaiyarasan, Santhosh Prathap, and Shabeer Kallarakkal working up a sweat at gyms in preparation for the movie.

Sarpatta Parambarai is set in the backdrop of the 1970s Madras. It is Ranjith’s first movie based on a sport. The film also stars Pasupathi, Dushara Vijayan, John Vijay, Kali Venkat among others.