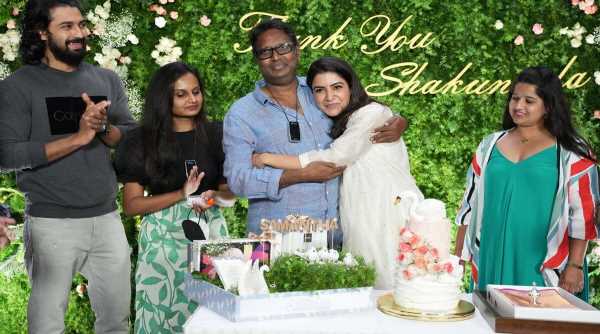 Directed by Gunasekhar, Shaakuntalam stars Samantha in the title role and Dev Mohan as Dushyant. 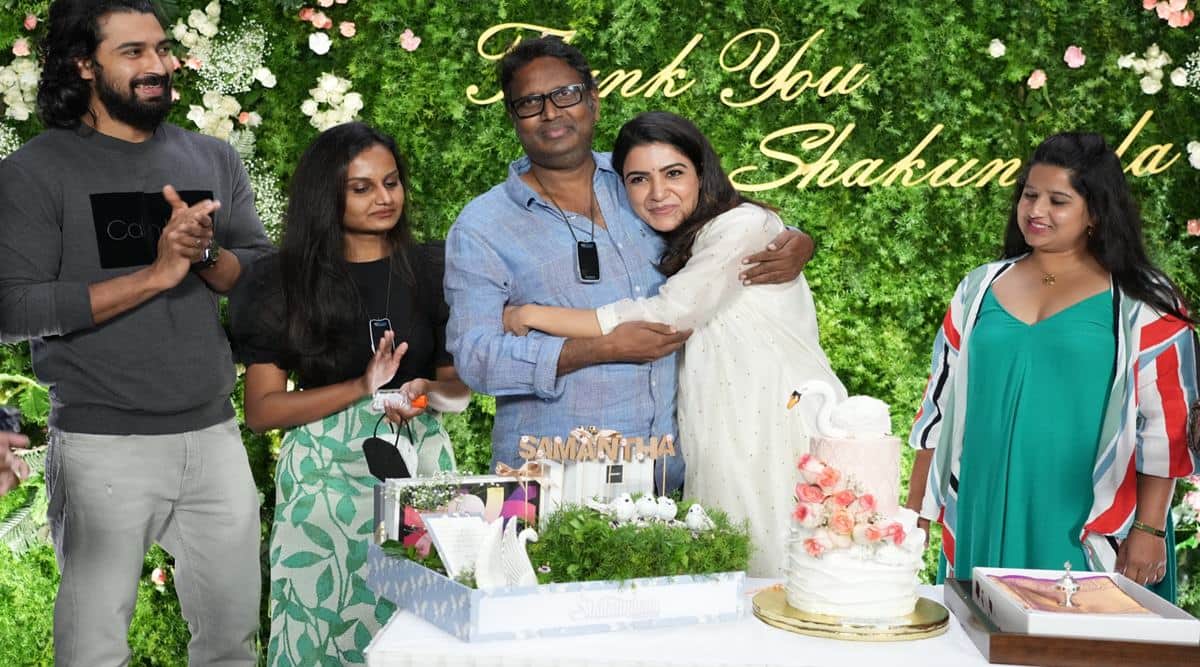 Samantha Akkineni on Thursday wrapped the shoot for mythological drama Shaakuntalam. The Oh! Baby star took to her Instagram handle to thank the film’s director Gunasekhar for giving her the opportunity to star in the film.

She wrote: “And it’s a wrap on Shaakuntalam!! This film will stay with me for the rest of my life. As a little girl I believed in fairy tales.. not much has changed. I still do…. and @gunasekhar1 sir my fairy godfather making my dream a reality. When he narrated this film to me I was immediately transported to a most beautiful world.. the world of Shaakuntalam.. a world like no other.

But I was nervous and scared. Was it possible for us to create such beauty on celluloid.?? Today as I say my goodbyes, I have such an immense feeling of love and gratitude, to this absolutely incredible human @gunasekhar1 sir, for he has created a world that has exceeded all my expectations. The inner child in me is dancing with joy. Thankyou sir.”

In her post, she also thanked the producers and other team members. “And thank you to the best team ever for The most amazing @neeta_lulla for putting her heart and soul into creating #Shaakuntalam. I really don’t know what I would have done without you maam. My strong all women team @neelima_guna @hanshithareddy @ragini_guna. And our Prince charming @devmohanofficial. I feel like the most special girl in the world today,” she added.

In a reply to her post, Gunasekhar wrote, “@Samanthaprabhu2 Your child-like innocence, delicacy and above all YOUR STRONG WILL inspire me..our ‘SHAKUNTALA.’”

Produced by Neelima Guna and Dil Raju, Shaakuntalam stars Samantha in the titular role, while Dev Mohan will be seen as Dushyant. The film also marks the acting debut of Allu Arha, the daughter of Allu Arjun, as Prince Bharata.

The project has music by Mani Sharma, and it will have a simultaneous release in the major Indian languages.