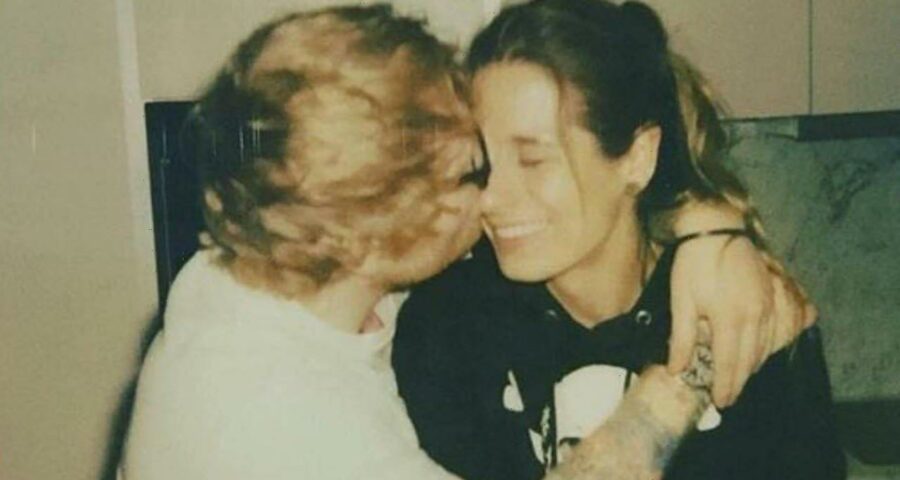 During his appearance on ‘The Rebecca Judd Show’, the ‘Perfect’ singer has also recalled one unforgettable evening he had with Cherry in New York that involved Beyonce Knowles and Jay-Z.

AceShowbiz –Ed Sheeran and his wife, Cherry, enjoy a date night every week, during which they are not allowed to talk about their baby.

The “Bad Habits” hitmaker welcomed his first child, Lyra Antarctica, into the world in August 2020 and though he loves his little girl to bits, he admits the pressures of parenthood have forced him and his wife to make a pact to go out one evening every week and talk about grown-up things.

Appearing on “The Rebecca Judd Show” on Apple Music 1, the “Perfect” singer said, “It’s a strict date night every single week and no matter who is in town or who wants to see us, it’s always this one night in the week and we go out and our rule is we can’t talk about our baby.”

“We have to talk about each other and catch up… As a parent, you spend so much time discussing being a parent that you kind of forget who you were before. So we have one night a week where we are who we were before.”

Before becoming mum and dad, Ed and Cherry enjoyed many memorable nights out, including one unforgettable evening in New York with Beyonce Knowles and Jay-Z.

“Jay-Z and Beyonce came to a gig that I did in Brooklyn, and they were like, ‘Come out to this restaurant with us afterwards,’ ” Ed recalled. “So I went out to this restaurant and then my mates were in town. Actually my now wife. It was, like, the day after we’d had our first date. And she was there with my friend Martha and Foy Vance.”

“We went to dinner and then we went to this bar and I remember a guitar was getting passed around between me and Foy. And I remember playing [Jay-Z song] ‘Empire State of Mind’. Five of us in a room with Jay-Z and Beyonce [sic].”