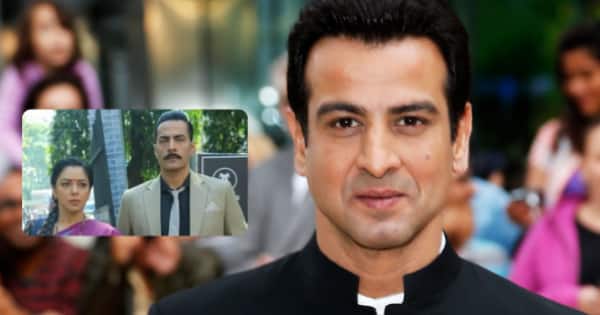 Rupali Ganguly, Sudhanshu Pandey and Madalsa Sharma starrer TV show Anupamaa is one of the most-watched TV shows in the country. It has been ruling the TRP charts for weeks now. Now, there have been several reports stating that a couple of actors from the film and television industry have been approached for Anupamaa. And one of the names that cropped up was Ronit Roy. The actor has finally addressed the rumours of being approached for the show.

He tweeted out saying, “Off late, the digital media is tying me to various TV shows. Maybe in the endeavor to be the first to break the news. All the news is incorrect. Guys calm down. I’m not doing anything on TV as yet. If there is something you will surely get to hear about it from me directly.” Have a dekko at Ronit Roy’s tweet below:

Earlier, there were reports of Sharad Kelkar being approached for a role in Anupamaa. The actor who was last seen in The Family Man 2 told ETimes, “These are just rumours. I have not been approached for any role in Anupamaa. I started my career as a television actor, but in the past few years, I have kept busy with OTT projects and films. If there is an interesting role on television, I will surely consider it. I am surprised how people come up with such rumours. I don’t even have dates for the show if I’m approached for it.”

Meanwhile, the makers have some interesting twists and turns, in-store in the upcoming episodes of Anupamaa. In the latest episode, we saw Kavya and Vanraj both losing their jobs. Kavya creates a scene at the Shah house and blames Anupamaa and Kinjal for losing her job. Vanraj is furious with Kavya’s blame game. He feels dejected upon losing his second job too but Babuji gives him a piece of advice.