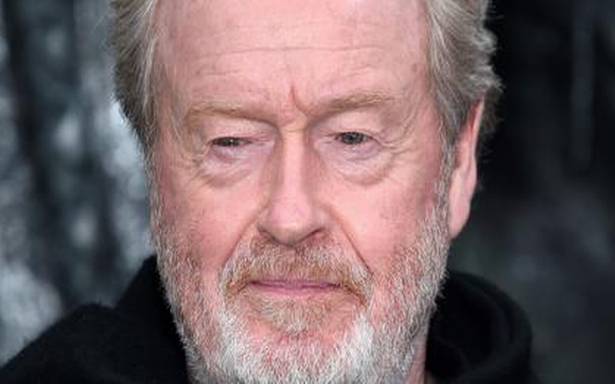 The director is currently in post-production on ‘House Of Gucci’ and will next work on ‘Kitbag,’ an Apple Studios film on Napoleon Bonaparte

Legendary British director and producer Ridley Scott, known for films like "Gladiator" and "Blade Runner", will receive the Cartier Glory to the Filmmaker award at the 78th Venice International Film Festival, the festival organisers said on Monday.

The Venice International Film Festival will be held on the Lido from September 1 to 11.

The award, which was previously sponsored by Jaeger-LeCoultre, is "dedicated to a personality who has made a particularly original contribution to the contemporary film industry".

According to the organisers of the festival, also called La Biennale di Venezia, the award ceremony for Scott will take place on September 10 in the Sala Grande at 9.15 pm, before the ‘Out of Competition’ screening of his new film, "The Last Duel", starring with Matt Damon, Adam Driver, Jodie Comer, and Ben Affleck.

The movie is described as "a gripping tale of betrayal and vengeance set against the brutality of 14th century France". It is backed by 20th Century Studios and Scott.

"The Last Duel" follows a man who goes to war (Damon) and returns to discover that his friend (Driver) has raped his wife (Comer). No one believes the woman, and the soldier appeals to the king of France, saying he wants to fight a duel to the death to decide the man’s fate, becoming the last legally sanctioned duel in France.

Alberto Barbera, Director of the Venice Film Festival, said throughout his amazing and prolific career, which counts just short of 30 films completed with astonishing frequency, Scott has demonstrated his ability to navigate the most disparate genres with ease, injecting new lifeblood into each one of them.

"His personal approach to genre films, which successfully reconciles the requirements of entertainment, the expectations of the general public and the demands of critics, is the most distinctive element of Ridley Scott’s filmmaking. "Had he directed one film only, the English director – who made his debut in film at the age of 40 with The Duellist, before capturing the attention of the general public with the global box-office success Alien – would still have earned his rightful place in the Olympus of the great filmmakers of contemporary cinema thanks to Blade Runner, the most influential film in modern science fiction, which became a benchmark for decades to come," he said in a statement shared on Biennale’s official website.

Scott’s indisputable merits include the extraordinary visual talent and painterly taste he has demonstrated in the creation of sumptuous Baroque and graphically majestic images, accompanied by a rare and priceless talent for directing actors.

"In Thelma & Louise he seemed to anticipate years ahead of time today’s debate on the status of women and their compulsion to assert themselves.

"In Gladiator he revived the sword-and-sandal genre, which had been abandoned after being thoroughly exploited in the late 1960s, whereas in Black Hawk Down he imposed a new, amazing standard in the participatory realism of war movies. In The Martian, finally, he successfully introduced tones of light comedy into a typically dystopic situation," Barbera continued in his praise of the Hollywood veteran.

Scott is currently in post-production on "House Of Gucci" and will next work on "Kitbag", an Apple Studios film on Napoleon Bonaparte, which reunites the director with Joaquin Phoenix after "Gladiator".