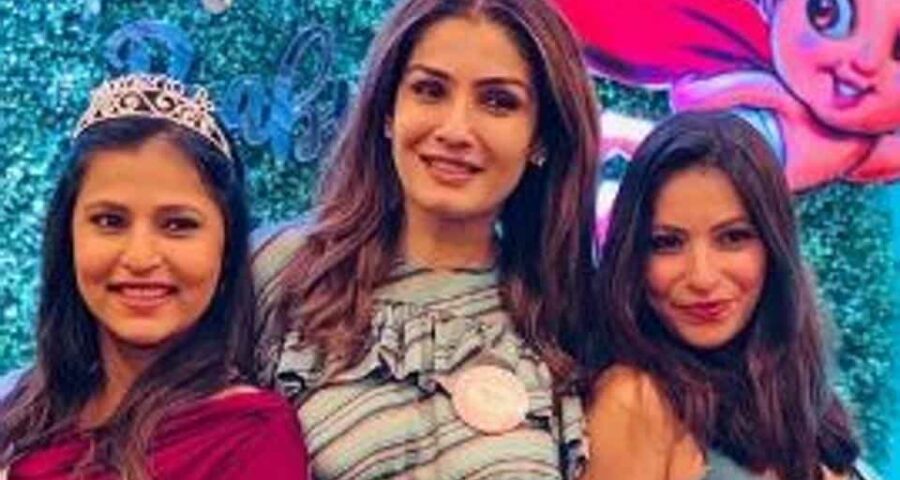 Actor Raveena Tandon has said that when her decision to adopt two girls in 1995, as a 21-year-old, was met with ‘apprehension’, but the experience has been an ‘unparalleled’ one for her. The actor made headlines for her decision at the time, as many thought that it would spell doom for her flourishing career.

In an interview, Raveena said that adopting Pooja and Chhaya, both of whom who are married with kids of their own now, was ‘the best decision of my life’.

She told Pinkvilla that she felt compelled to bring them home as she ‘didn’t like how their guardian would behave with them’. She said, “There was something about them that made me feel that me being a 21-year-old doesn’t matter. I can say it has been the best decision of my life. I cherish each and every moment I have shared with them, from taking them into my arms for the first time to walking them down the aisle.”

At the time, Raveena said, people told her that being a single mother would affect her status as a prospective bride. “Back then people were apprehensive on my decision and said no one would want to marry someone with this ‘baggage.’ But as they say, what is destined to be, it will happen. I couldn’t have been more blessed,” Raveena said.

The actor is married to film distributor Anil Thadani, with whom she has two children — daughter Rasha and son Ranbirvardhan. Chhaya is an air hostess, and Pooja an event manager. In an interview to Hindustan Times in 2016, Raveena had said about her daughters, “My daughters are my best friends. I remember, when I got married, they were the ones who sat in the car and led me to the mandap. And now, I got the chance to walk them down the aisle. It is such a special feeling.”