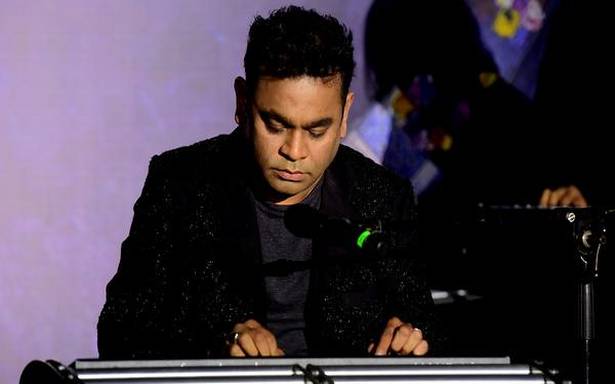 After two decades as composer, the movie is the Academy Award winner’s debut as writer-producer

“I usually get great tasks from amazing filmmakers I’ve worked with, who helped me shape my musicality. But there are certain things I’ve wanted to do as a musician and give to the people,” said music maestro A.R. Rahman, on how being a writer for the upcoming film 99 Songs helped him push boundaries as a musician.

After nearly two decades as a music composer, 99 Songs is the Academy Award winner’s maiden film as a producer and a writer. The musical-romance, which is set to release on April 16 in Hindi and has been dubbed in Telugu and Tamil, stars newcomers Ehan Bhat and Edilsy Vargas and is directed by Vishwesh Krishnamoorthy.

“I feel that when I push myself to do interesting work, people also learn with me. There are certain situations which I created to challenge myself and while they were easy on paper, it did take time for me to execute those ideas musically,” said the composer.

Speaking to The Hindu, Mr. Rahman said the film isn’t reflective of his experiences as a musician and that there’s certain universal wisdom which is imbibed in the script.

“We’ve had a culture and history — our epics for instance, which have had an important place for music. It is just that these stories haven’t been taken to the next level and instead, we’ve chosen to shoot songs in foreign locales. In a way, opting to make a musical film was to bring back glory to the genre for both our audiences and international sensibilities,” said the composer, when asked if musical films as a genre need to be explored in a bigger way by local filmmakers.

“I think it is important to tell stories in a big way and this is a step in that direction. I want people to see this Indian movie, relate to the characters and empathise with the story since music is a very universal subject,” said Mr. Rahman, calling the film an audience-friendly one.

Recalling how as a composer, he used to wonder whether his songs would be picturised well, Mr. Rahman said his needs were simple before. “However, as a producer and writer now, I’m thinking about many more aspects of the filmmaking process,” he said.

In preparation for his role, Ehan Bhat, the lead, learnt to play the piano at the composer’s K.M. Music Conservatory in Chennai for a year.

“People are a lot more musically aware now and this challenges filmmakers to be more authentic. Every choice we made for 99 Songs, be it casting, or the set design or the direction — were all pointed at us having a unique voice and it transcends onscreen,” he said.

In January this year, Mr. Rahman launched Majja, a tech-platform to promote and help independent musicians and their first release, ‘Enjaai Enjaami’ has been making waves across the country.

“All credit for this goes to Arivu, Dhee, music composer Santhosh Narayanan and director Amith Krishnan who made the video. The whole world is evolving into something fair and if people are empowered, they will go on to do great things. My only thing here is to set the platform; the musicians can then take over and rule,” he said.

When asked about how he has dabbled in several new ventures and has been experimenting with his work for a while now, Mr. Rahman said the last decade has been one dedicated to learning.

“There have been fewer movies, but more learning,” he said. “Philosophy, mysticism, filmmaking, writing, studying stories — I even attended a course at MIT about Imaging,” he explained. Mr. Rahman also pointed to social media, and said he is happy to see artists flourishing, and that he often engages with them about their work.

What’s next for the maestro? Mr. Rahman has already dabbled in filmmaking through his project ‘Le Musk’, an Indian virtual reality film. “The film will come out sometime this year,” he said.