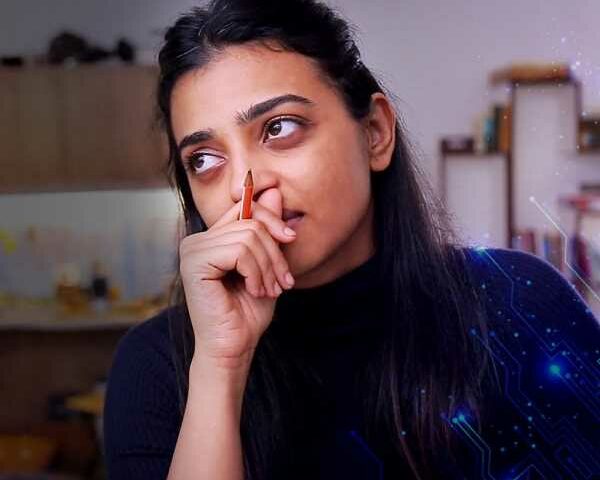 Ok Computer could have been our answer to every futuristic film in Hollywood, but it ends up becoming just an aspiration gone awry, sighs Moumita Bhattacharjee.

It’s high time India has a futuristic movie we can be as proud of.

After watching the Ok Computer trailer, I was truly elated. But clearly, I expected too much.

Ok Computer starts off so well that when it plummets, you are left heartbroken.

This is the year 2031, gadgets and technology are everywhere.

Hologram traffic police, self-driven cars and, of course, flying cars are in.

The Goa police’s cyber cell is informed about an accident where a robot car has killed a human.

ACP Saajan Kundu (Vijay Verma) gets on the scene for investigation. His ex-partner Laxmi Suri (Radhika Apte) is also sent for the same.

They clearly have some unresolved issues as they bicker over every aspect of the crime scene.

While Laxmi asserts that the robots aren’t designed to harm humans, Saajan is convinced the AI-driven car has killed the victim.

The rest of the series is on how they unearth the real truth together.

Ok Computer‘s first scene is the scene of the crime. You instantly like a lot of things about it.

You like how Monalisa, played by Kani Kusurti, explains the crime and the protocol about how it is done.

Vijay Verma’s wry process of ascertaining the crime, the moving bots doing their thing, Radhika Apte’s conviction about AI and the AI car’s return of consciousness with the typical ‘Main kahaan hoon/ jibe. Yes, they can talk!

What’s best is the setting.

Just because it’s futuristic, the country hasn’t turned into a dreary junkyard after the technology invasion as shown in many Hollywood movies.

It’s more of a co-existence between humans and machines made by humans. They haven’t suddenly started wearing metallic outfits to look the part.

There isn’t over-inclusion of tech either, keeping it limited to just data assessing and support.

So jumping forward to 2031 in the series is smoother than many other movies in the same genre.

Do watch the scene where Radhika Apte is explaining what went wrong with Ajeeb, the AI-powered robot that went rogue. Very neatly and smartly done!

Unfortunately, this stimulating start crafted by writer-director Pooja Shetty and Neil Pagedar dials down significantly within 15 minutes of the first episode.

The bickering between Saajan and Laxmi is such a drag that many might switch it off just there.

They cannot figure out the identity of the victim despite high-end gadgets.

The CID series did a better job at that even when they had no tech or used Microsoft Paint!

The rest of the episodes are equally unworthy because, in a bid to make it sound all funny and quirky, they turn lame.

The narrative is all over the place as they aren’t pointing in any direction in this six-episode series.

What’s surprising is it’s a futuristic comedy and yet none of the jokes land well. It even has the outdated reference to unisex Punjabi names. That’s so 2010!

Vijay Verma is great as Saajan. He portrays the person with an innate suspicion of robots and the people who handle them with perfect emotions.

Radhika Apte is perfect as the one who puts her faith in machines and believes they will never break the law.

The star of the series is Kani Kusurti, who plays Malayalee Monalisa.

Her comebacks, mannerisms, the vacant expression at times to signify what she is feeling and her camaraderie with Saajan are just brilliant!

Ashfaq as Sarang Sathaye comes a close second as he is so naive and sweet.

Ok Computer could have been our answer to every futuristic film in Hollywood, but it ends up becoming just an aspiration gone awry. 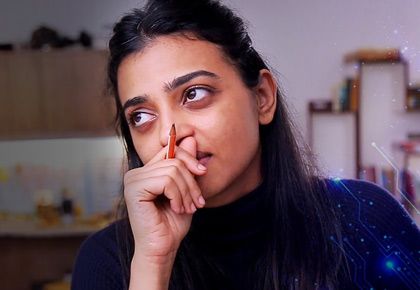