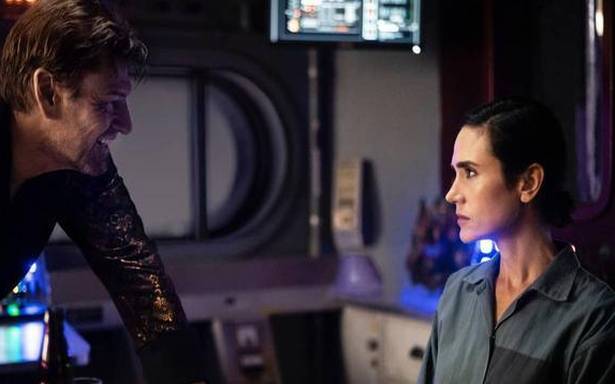 A new season of the dystopian thriller, Naomi Watts in a family drama, and a sporting docu-series are the highlights on the platform

Here is the full list of titles releasing this week:

In the third season of this hybrid reality-scripted variety show, celebrity sleuths take a stab at solving smaller crimes that lead to a larger mystery.

This follows the coming-of-age journey of five fairies attending Alfea, a magical boarding school in the Otherworld where they must learn to master their magical powers while navigating love, rivalries, and the monsters that threaten their very existence.

The hot shop is open! A new batch of glass-blowing artists from around the world battle the heat, the clock and each other in 10 dynamic challenges.

The ambitious driver for a rich Indian family uses his wit and cunning to escape from poverty and become an entrepreneur. Based on the bestselling novel.

The teen campers still on the run from dinosaurs find hope of a rescue with a small group of eco-tourists. But things aren’t what they seem.

Everything comes unraveling for three successful women who work on a radio show as twists, turns and troubles plague their seemingly happy marriages.

It’s another season of the post-apocalyptic drama in which Earth has frozen over and the last surviving humans live on a giant train circling the globe.

Handy and inventive pup Tag chases adventure with her best pal, Scooch, solving problems and helping the citizens of Pawston along the way.

Penguin Bloom tells the true story of Sam Bloom (Academy Award-nominated Naomi Watts) a young mother whose world is turned upside down after a near-fatal accident leaves her unable to walk. Sam’s husband, (Andrew Lincoln), her three young boys and her mother (Academy Award® nominated Jacki Weaver), are struggling to adjust to their new situation when an unlikely ally enters their world in the form of an injured baby magpie they name Penguin. The bird’s arrival is a welcome distraction for the Bloom family, eventually making a profound difference in the family’s life

When a wealthy widow hires an amateur archeologist to excavate burial mounds on her estate, they uncover history-changing treasure.

A summer in rural Oahu takes an exciting turn for two Brooklyn-raised siblings when a journal pointing to long-lost treasure sets them on an epic adventure with new friends, and leads them to reconnect with their Hawaiian heritage.

When a prisoner transfer van is attacked, the cop in charge must fight those inside and outside while dealing with a silent foe: the icy temperatures.

We Are: The Brooklyn Saints

Geared towards boys 7-13 years old, the Brooklyn Saints program is more than a sport – it’s a family, and a vehicle for opportunity. Through intimate verité footage, the series immerses us in the world of Brooklyn Saints football and their community, chronicling the personal stories of the driven young athletes, as well as the support system and challenges of coaches and parents rallying behind them.