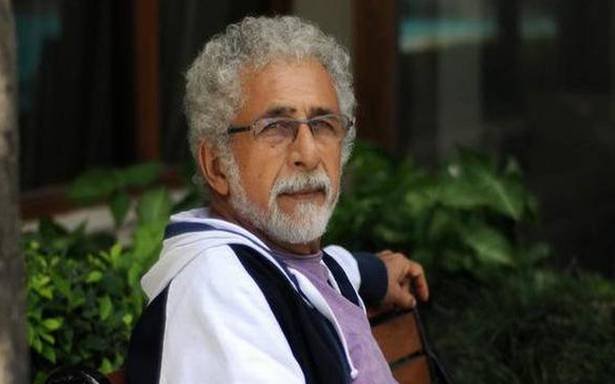 The actor was last seen in the 2020 drama ‘Mee Raqsam’

Veteran actor Naseeruddin Shah has been diagnosed with pneumonia and admitted to a hospital, actor-wife Ratna Pathak Shah said on Wednesday.

Naseeruddin Shah, 70, was admitted to Khar Hinduja hospital on Tuesday.

The actor has a “small patch” of pneumonia in his lungs and is currently undergoing treatment.

“Yes (he has a) small patch and all under control. (He is) Responding well to treatment so hope he’ll be discharged soon,” Ratna Pathak Shah said.

Naseeruddin Shah made his on-screen debut with Shyam Benegal’s “Nishant” in 1975 and became an influential figure of the parallel cinema in the 70s and 80s.

The actor went on to feature in several accalimed films, including “Sparsh” (1979), the cult 1983 satirical black comedy “Jaane Bhi Do Yaaro”, Shekhar Kapur directed drama “Masoom” and “Mirch Masala” among others.

Starring in over 100 films and bagging three national awards, the veteran is also widely known for his extensive work in theatre and running the theatre group, Motley Productions.

The actor was last seen in the 2020 drama “Mee Raqsam”. He also made his series debut last year with the acclaimed Amazon Prime Video series “Bandish Bandits”.