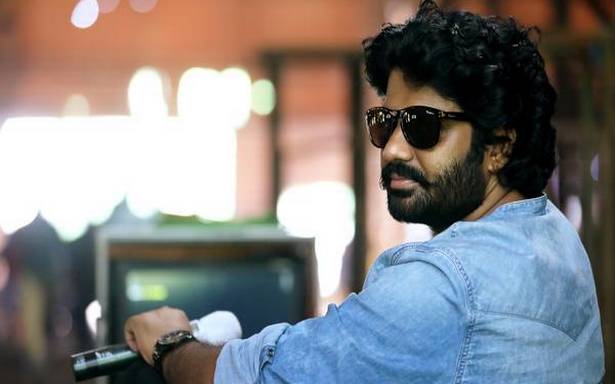 Debut director Vijay Kanakamedala recalls his discussions with actor ‘Allari’ Naresh during the pre-production stages of the Telugu film Naandhi, which traces the journey of a prisoner who is under trial and is falsely accused of crime, and later struggles to start life afresh: “I had visited prisons as part of my research, to know the mindset and behaviour of under trials. Naresh used to complement my real life observations with what he had learnt by watching Indian and world cinema that involved prisoners. We were in sync when we began to shoot and I realised how brilliant he is as an actor,” he says.

Naandhi, which releases in theatres on February 19, began to be talked about in film circles ever since the first visuals of the film were out, portraying the lead actor as an accused who is at the receiving end of police brutality. A departure from Naresh’s comic capers, it brings back memories of watching the actor in serious roles in Gamyam and Maharshi.

Vijay praises Naresh for his acting skills as well as for agreeing to come on board for an offbeat venture from a first-time director. He pitched the story mooted by his associate, Venkat, to Naresh in July 2019 and the story was fleshed out in the next few months once he got the go ahead.

Varalaxmi Sarathkumar was signed to play the lawyer who takes up Naresh’s case. Varalaxmi is a familiar name in Telugu cinema now but two years ago, when Vijay was on the lookout for a female actor capable of portraying the intensity that comes with a lawyer character, he chose her after watching her Tamil movies: “Most actors want to know about their characters. But she wanted to hear the story first, and within 15 minutes of narration, she agreed to do the film and stated that she knew how important the lawyer was to the story.”

Varalaxmi dubbed for the film, guided by Vijay’s associate, Ramesh, and other assistant directors: “We coached her such that the Tamil accent shouldn’t come up in her Telugu lines. To her credit, she put in a lot of work and learnt the courtroom dialogues very well.”

Naandhi went on floors in January 2020 and was put on hold during the lockdown. Resuming filming during the subsequent Unlock plans, Vijay says they worked cautiously so as to not put anyone’s health at stake: “I was particularly concerned about the daily wagers on the unit who wouldn’t be able to afford treatment for COVID-19; we had the support of the producer (director Satish Vegesna) and were able to donate ₹10,000 each for nearly 50 daily wagers.”

If there was a particularly challenging sequence to shoot, it was the scene where Naresh had to be naked in the police station. Though it was shot with a minimal crew, Vijay concedes it took about four hours for all the technical aspects to fall in place.

A computer science graduate who grew up near Bhadrachalam, Vijay was hooked to movies since childhood. “My parents supported me when they knew I wanted to enter cinema. I get emotional if I have to talk about how much they have helped me,” he says. Vijay worked in the direction team of Harish Shankar, honing his directorial skills.

His debut film might seem starkly different from mainstream entertainers that Harish is known for, but Vijay maintains, “Naandhi is in a realistic space and I am confident that people will accept it. Of late, people want to see something other than the usual stories. As a director, I would like to do different films, maybe a mass masala down the line. I have a few scripts ready and am considering an action thriller next.”