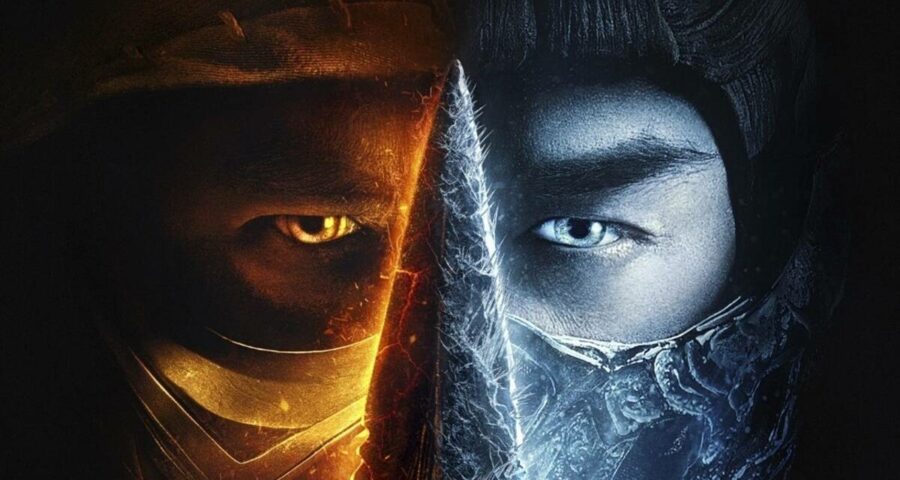 Mortal Kombat movie review: It is not a flawless victory, by any stretch of imagination, but Mortal Kombat more than delivers on its promise of being a faithful, entertaining movie with plenty of callbacks and winks to hardcore fans. 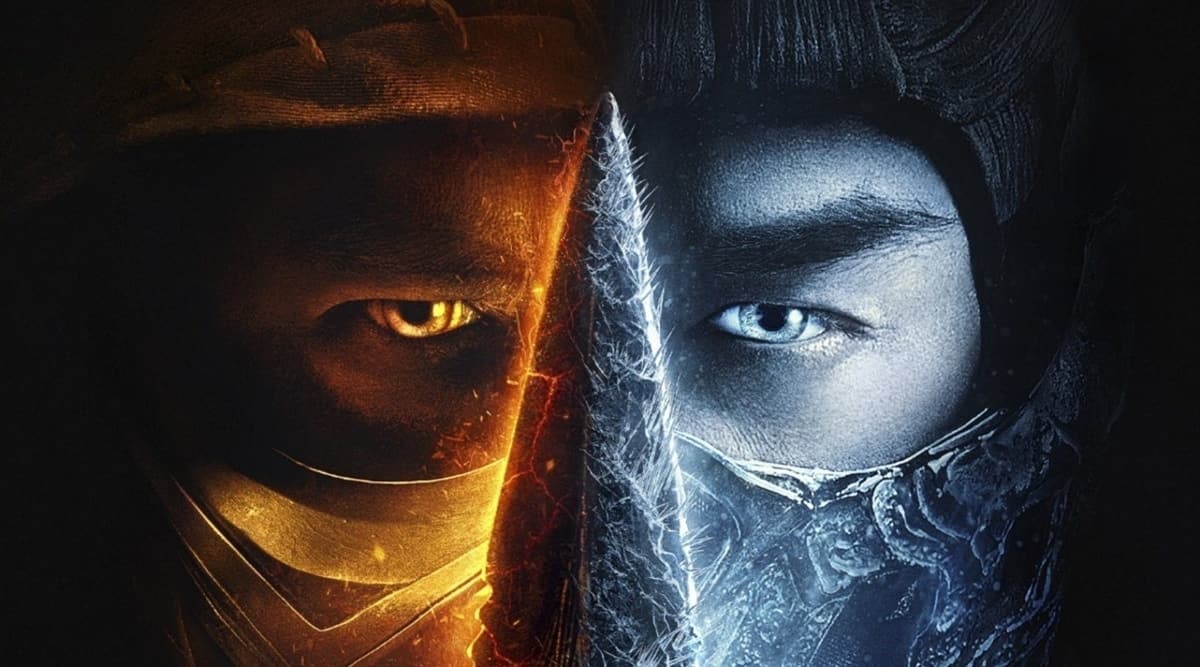 The expression “a video-game movie” has become the byword for really bad stuff. For good reason too, as films that use video-games as their source material almost invariably turn out to be, at best, substandard.

Simon McQuoid’s Mortal Kombat does not really lift that curse, if that’s what it is, but for the fans of the series, it comes as a blessing. It has its issues, and is not a flawless victory, by any stretch of imagination, but it more than delivers on its promise of being a faithful, entertaining Mortal Kombat movie with plenty of callbacks and winks to hardcore fans.

The movie, like the games, is about a fictional universe made up of eighteen realms or worlds, in which the Earthrealm or earth is one. If the chosen warriors of a particular realm defeat the warrior of another in the titular tournament, the victorious realm is allowed to conquer the vanquished one.

The story begins with a flashback from 17th century: a corker of a scene in which Joe Taslim ‘s Bi-Han (later to become Sub-Zero) of the Lin Kuei clan murders the wife and son of the last surviving Shirai Ryu warrior Hanzo Hasashi (Hiroyuki Sanada). Hasashi is also killed by Bi-Han. But his baby girl, safe in her crib, survives.

Fast-forward to 21st century, our hero in the movie is Cole Young (Lewis Tan), an original character created for the movie. An MMA fighter in America, he lives with his wife and young daughter and was born with a mysterious dragon mark on his chest. He is approached by Jax (Mehcad Brooks), who together with Sonya Blade (Jessica McNamee) apprises him about an assassin hunting him and other warriors of Earthrealm: Sub-Zero.

Sub-Zero was tasked by Shang Tsung, the sorcerer ruler of Outworld, to kill all the earth’s warriors before Mortal Kombat can take place. It’s not allowed, but when have evil men followed rules? 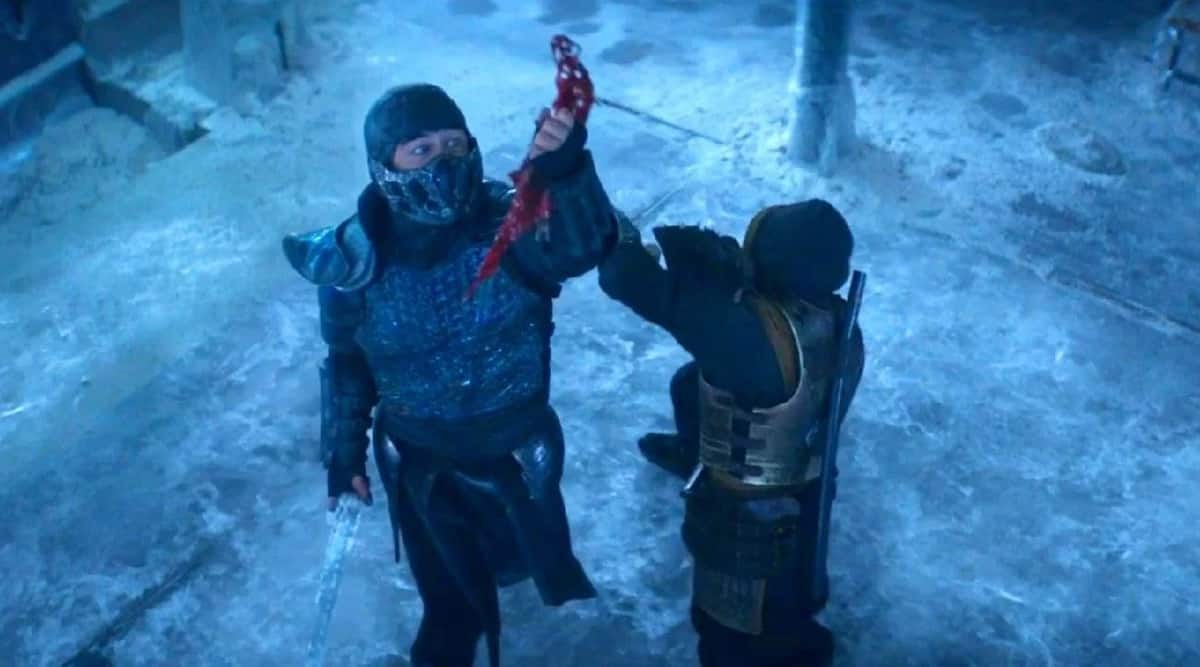 Realising that the entire world, including his wife and daughter, is in danger, Cole agrees to join forces with Sonya and Jax. They eventually end up in an ancient temple of Lord Raiden, an Elder God and earth’s protector, with Kano (Josh Lawson), a belligerent foul-mouthed Aussie who is the sole comic relief in the movie.

Being inspired from a fighting game, Mortal Kombat offers an abundance of richly designed and performed action scenes, and in that sense it is a pretty good martial arts movie. It doesn’t hurt that many actors — including Lewis Tan, Joe Taslim and Hiroyuki Sanada — are action heroes and, it shows. The scene in which Sub-Zero freezes Scorpion’s spurting blood to make a knife and stabs his foe is going to be remembered for years.

The film also has oodles of gore — no surprises here. Blood sprays, intestines tumble out and characters are cut neatly in half. Thankfully, the violence is not numbing.

Justice is done to each and every character and that will make the fans happy. The iconic rivalry between Sub-Zero and Scorpion — complemented by Taslim and Sanada, who are both eerily credible in the role — is done really well.

Callbacks to the games, including fatalities and catchphrases, are all there. Even the music is familiar and will make you giddy with joy. The film is unapologetically cheesy. Acting is good too. Apart from Taslim and Sanada, Tan and Lawson are the highlights.

Mortal Kombat, however, falters when it comes to the story. It does its job, but only just. For those who are unfamiliar with the lore, not everything will make sense. The conversations, when they do happen, are hurried as though the characters want to jump on to the next action scene as soon as possible. Meaningful dialogue that builds character is largely absent.

So, that’s it. Mortal Kombat delivers for the most part. It is easily one of the best vide-game movies ever made. Especially if you are a fan, this film is going to be an entertaining 110-odd minute vacation to Nostalgialand. As Scorpion would say, get over here!