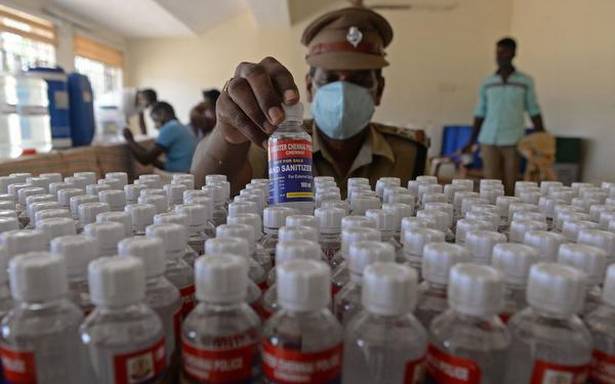 Between Friday and Saturday morning, three policemen, the youngest 38, died after contracting the infection

Three police personnel have succumbed to COVID-19 in 24 hours in Chennai.

On Friday morning, D. Karunanidhi, 48 a head constable of the intelligence unit attached with the Abhiramapuram police station died without responding to treatment at a private hospital.

The next victim was S. Murugesan, 51, a resident of MKB Nagar, Kodungaiyur. He was a head constable attached with the SB CID Metro wing. Mr. Murugesan was admitted to a private hospital on New Avadi Road on April 15 after complaining of breathlessness. He was undergoing treatment for COVID-19 there and his condition deteriorated. He was shifted to Government Stanley Hospital where he succumbed on Friday night, said a police source

Similarly another constable died due to COVID-19 at Government Medical College Hospital in Omandurar Estate on Saturday morning. The victim has been identified as Maharajan, 38 who was serving as a head constable with Traffic Investigation Wing, Anna Nagar. He was admitted on April 14 after he tested positive for COVID-19, said police sources