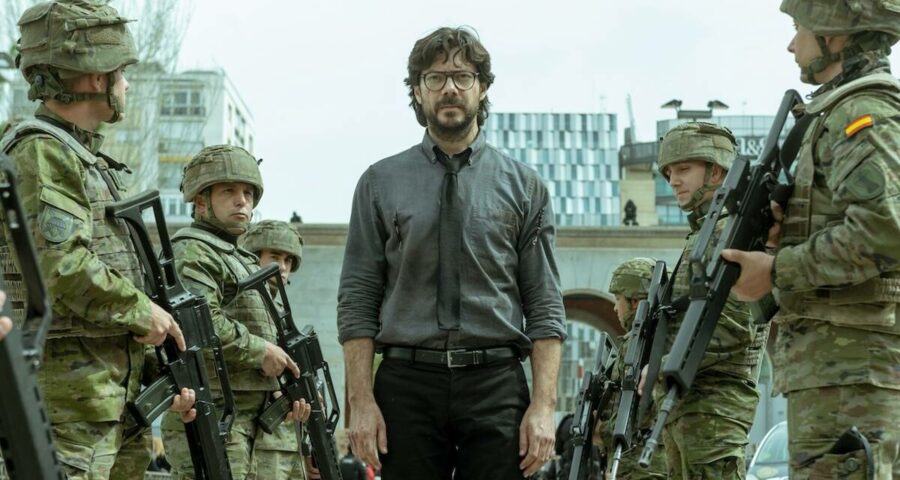 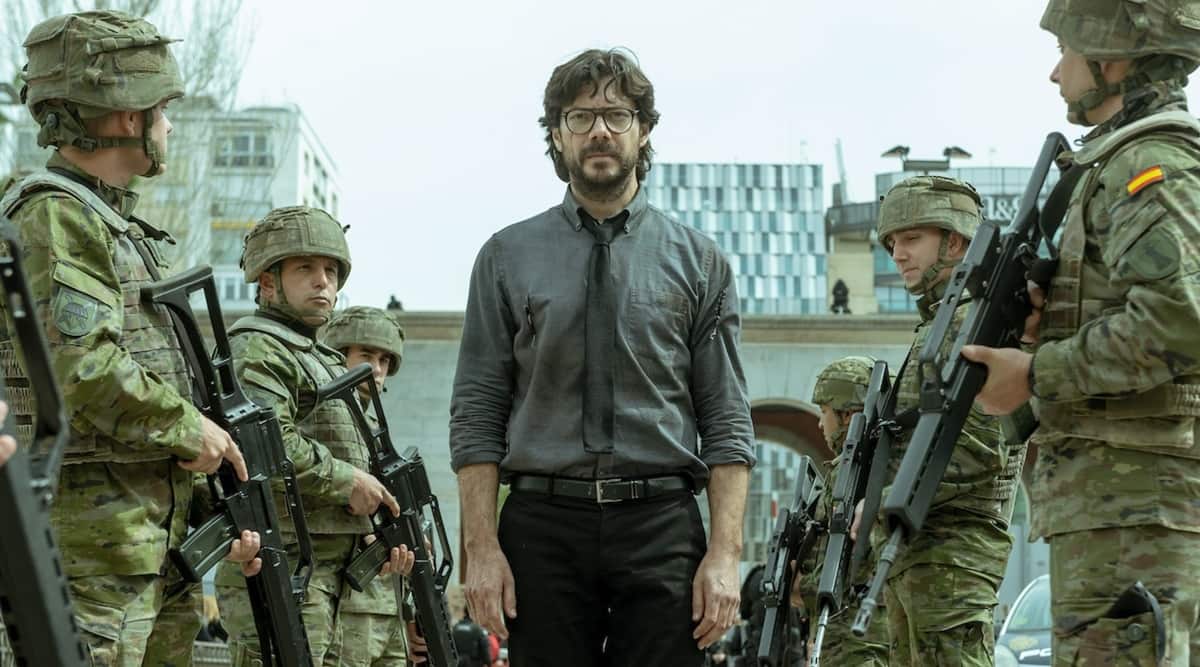 In Lisbon’s words, The Professor needs to face his gang that’s at its lowest, heartbroken and dispirited. “You see the disappointed faces of people you failed.” And now, to rectify his mistakes of putting his gang’s life at stake, The Professor will do anything in Money Heist season 5’s second part, even if it means entering the Bank of Spain himself.

Yes, Sergio aka the mastermind, who preferred to play hide and seek with the police and negotiators, has taken things in his hands, and come out of hiding to reveal himself not just to the cops, but also the world.

Just a month ahead of the release of Money Heist season 5 part 2, Netflix on Wednesday released the much awaited trailer of its upcoming volume, which is full of action and emotions.

The robbers are reeling after the unexpected death of their key member, Tokyo. But that doesn’t mean Sagata and his team have slowed down. They are fast moving deeper inside the bank building, challenging the gang in red at every step. It’s a bloody war on all corners, as each gang members is on their knees in front of the enemy. Will they budge or will The Professor get them out alive from the heist?

The trailer is full of intriguing moments. From Lisbon and Palermo being nabbed by the army to Denver and Stockholm reconciling, and Helsinki pushing Palermo to fulfil his promise to get both of them out of the place alive, the Money Heist 5’s new trailer only makes the wait for the next set of episodes difficult. Interestingly, we do not see anything of Rafael or Tatiana. Instead Berlin, Alicia Sierra and Marseille make a fleeting appearance, though we can only guess what lies ahead for these characters.

The official synopsis of the second part of Money Heist 5 reads, “Tokyo (Úrsula Corberó) is dead. The enemy still lurks in the Bank of Spain, wounded but as dangerous as ever. Facing their darkest hour and greatest challenge yet, the gang hatch a bold plan to get the gold out without anyone noticing. To make matters worse, the Professor makes the biggest mistake of his life.”

Spanish show La Casa De Papel, that streams on Netflix as Money Heist in English, released the first part of its finale season in September. And its tear jerking and cliffhanger end will see a closure in the last five episodes in the upcoming second part.