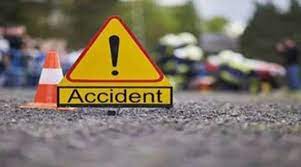 The analysis of the data further revealed that two-wheeler accidents increased on Diwali, New Year and Bhai Dooj by 95.39%, 202.48% and by 67.73%, respectively. 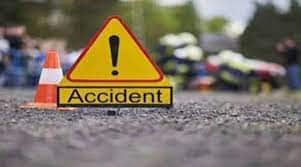 The 108 emergency services in Gujarat recorded 2,360 road accident cases during the festive days of Diwali, Gujarati New Year and Bhai Dooj from November 4 to 6, said the officials of GVK EMRI, an ambulance service run by the state government on PPP mode.

GVK EMRI said that there was an increase in road accident emergencies on Diwali and Gujarati New Year by 83.73% and 176.90%, respectively, in comparison to normal days. The rise in accident emergencies for Bhai Dooj was 58.79%. On an average, 381 accident cases are reported daily by the emergency services. The spike in emergencies was attributed to the increase in movement of people during the festivals.

A total of 1,055 accident cases were reported on the Gujarati New Year. Officials claimed that this figure is one of the highest reported on a single day.

Jashvant Prajapati, the chief operating officer of GVK EMRI, Gujarat, said that the emergency services catered to 7,888 cases across Gujarat during the three festive days, with Diwali and Gujarati New Year reporting an increase of 0.99% and 21.46% in emergency cases, respectively. While Bhai Dhooj recorded a spike of nearly 9.08%. “We also observed a major increase in non-vehicular trauma with a total of 1,299 cases being reported during Diwali and Gujarati New Year. The number of emergency cases on Diwali and New Year increased by 36.61% and 78.31%, respectively. Also, an increase of 25.42% over normal days was observed on November 6,” Prajapati said.

The major reason for non-vehicular trauma was physical assault (233 cases) followed by cases of injury owing to a fall.

In comparison to last year’s Diwali and New Year, overall emergencies in 2021 were 1.70% and 17.74% higher on the two corresponding days.