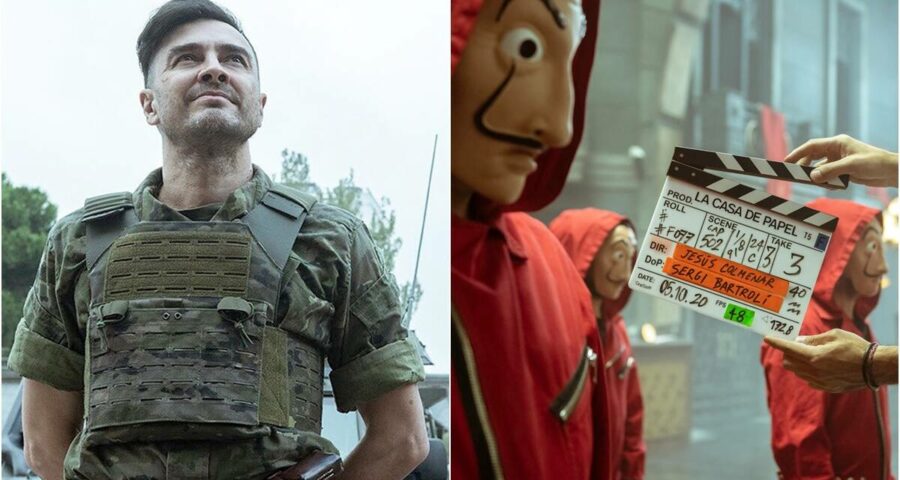 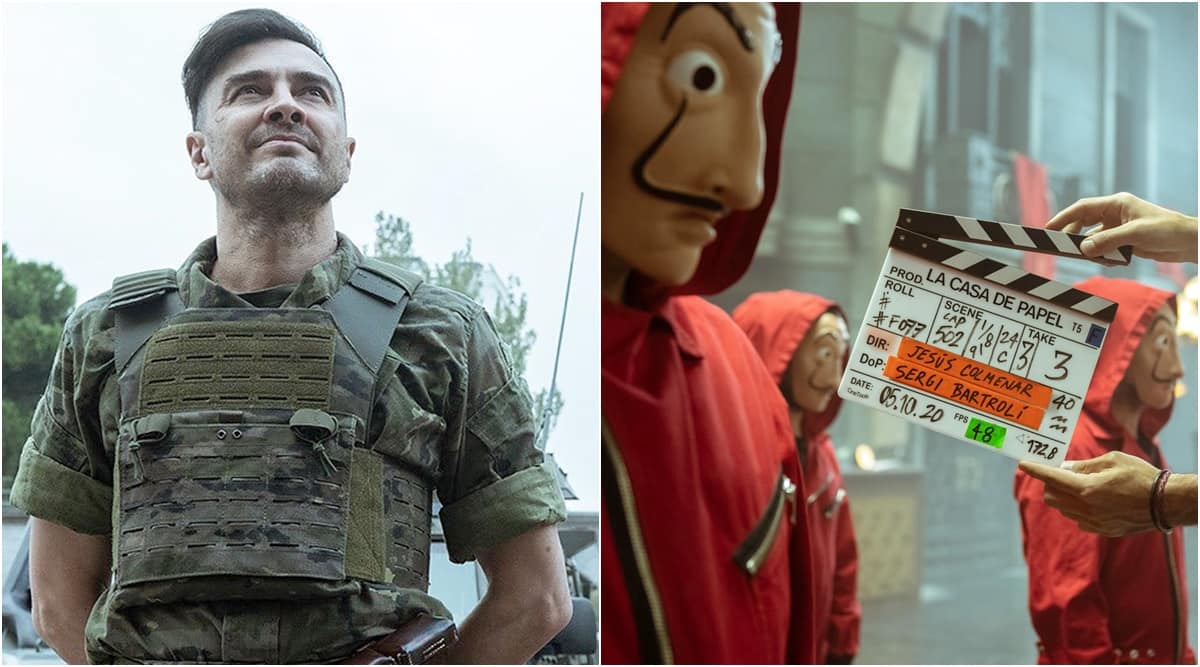 Money Heist 5 will have a new face opposing the gang in red jumpsuits. Actor José Manuel Seda, who was rumoured to have joined the Spanish crime drama in its upcoming season five, has finally made his first appearance as a cast member. The makers on Tuesday teased fans with the first look of José from the show.

Netflix and the show’s production banner, Vancouver Media, made the big reveal at the streaming giant’s fan event Geeked. Taking to their social media handles, they released a brand new still from Money Heist season 5, where José is dressed in uniform, standing next to an army vehicle.

While Vancouver Media wrote in its Instagram post, “Who is this guy?” Netflix India captioned the image as, “We’re sensing another villain this season.” Netflix also shared two other new stills from the fresh season, one with Palermo, Bogota and Rio next to a bunker of sorts, ready to fire with bazookas, while the other one is a solo of Rio in action with a machine gun.

As fans await more details on José’s role, the still suggests that he might be with the army, which is set to storm the Bank of Spain and take down the robbers. The gang, meanwhile, has vowed to avenge the killing of Nairobi and Rio’s torture during his illegal detention.

José Manuel Seda joined La Casa De Papel or Money Heist a few months ago. Apart from him, actors Patrick Criado and Miguel Ángel Silvestre will also be the new additions this time.

Several behind-the-scenes photos and videos of Patrick Criado and Miguel Ángel Silvestre have already made the rounds of fan pages. Patrick Criado has been clicked with actor Pedro Alonso, hinting that he might appear in flashbacks in Berlin’s track.

Netflix had revealed the first set of exclusive stills from Money Heist 5 last week, which immediately went viral. The pictures suggest that a lot of action and drama is lined up for the audience in the next season.

Money Heist season 5 will release in two parts. It’s part one will premiere on Netflix on September 3 and its part two will arrive on December 3.