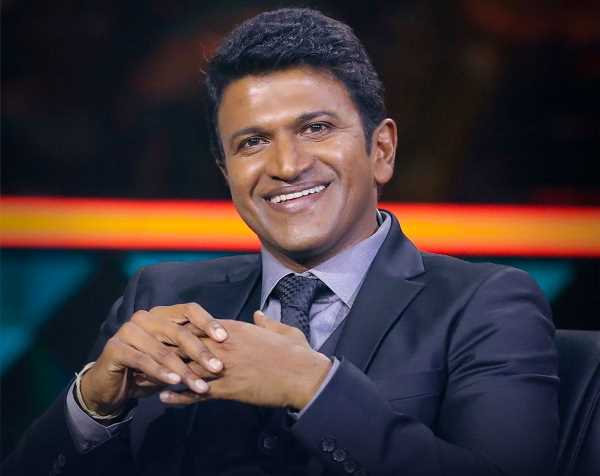 ‘He always had this big, goofy grin on his face and would speak to me with complete attention, something I was not used to as a shy child who kept to herself.’
Amala Dasarathi recalls her encounters with the actor, who tragically died young last fortnight, October 29.

My mother and Appu (as Puneeth Rajkumar was affectionately known) used to go to the same gym when I was in preschool and primary school. This was before he began acting in movies, although he was already a household name as the youngest darling son of the legendary Kannada actor, Dr Rajkumar.

I used to go to the gym almost every evening with my mother while she attended her aerobics class.

Appu frequented the gym at the same time. I would usually be seated on a pile of yoga mats at the back of the aerobics room and several people would pop in to talk to me. Appu was one of them and he was my favourite.

I would spend car rides to the gym in anticipation, thinking about what I would talk to Appu that day.

People around me gave him a lot of attention and trainers would flock to him to discuss his fitness and workout routine. He was one of the fittest, most dedicated members of the gym, something I could perceive even as a child who had no interest in physical activity or sports of any kind.

This made the attention he gave me feel special, although I doubt that he perceived it that way.

He never had any airs about him and carried himself with ease and humility. He always had this big, goofy grin on his face and would speak to me with complete attention, something I was not used to as a shy child who kept to herself. When his first movie, which coincidentally was called Appu, was released, I was super-excited and overwhelmed to see my friend on the big screen.

A few years before this, my mother and I had gone to his wedding reception and I remember him sitting next to his wife Ashwini as people went up and congratulated them.

Watching Appu on screen, I was really confused — he was singing Baare baare kalyana mantapake ba (Come to the wedding hall) to the heroine, though he was already married. I wondered whether his wife was the woman he was acting with on screen!

I loved dancing then as much as I do now and grooved in my seat to my friend’s cool dance moves, wondering why I hadn’t seen him dance in an aerobics class before.

My mother reminded me of another incident, which I now faintly recollect.

The Kannada movie production house that Appu’s family ran had rented out the ground floor of the two-storeyed house that my parents and I lived in. Appu had come to look in on them once and I was playing upstairs in the balcony.

He heard my voice and called out to me, saying “Whose beautiful voice is that upstairs? Oh my god, it’s Amala!”

I know nothing would have thrilled me more, though this was probably just a part of Appu’s easy and friendly persona. 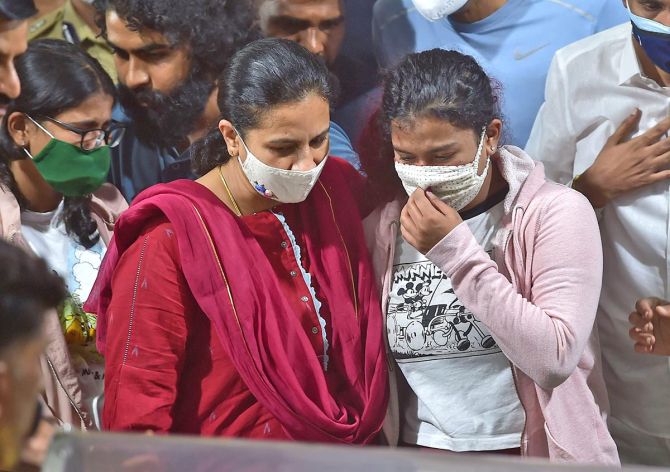 Every night since Appu passed away, I have been listening to songs from his movies or humming them in my head.

This is not new; I often listen to his music when I want to be transported to a safer space in my mind. But the urgency to listen to them is new and that is why I mention this.

After Appu’s first movie came out, he stopped coming to the gym. I also stopped going regularly. Some years later, my mother shifted to a gym closer to our home.

That earlier gym, and the time I spent with Appu, receded from my memory.

Many years later, as a college student living in Delhi, they returned to me. Amid bouts of homesickness, I began listening to Appu’s songs and watching his movies as a source of solace.

Children are often not credited with having the best memory or perception of reality and this is how I view most of my early childhood memories — with a tinge of suspicion and a belief that they are coloured by my incorrect perception of size and a certain naivete unique to children.

By this measure, Appu seems towering but kind, often bent down as he spoke to me.

His smile and demeanour seem larger-than-life kind and fun.

In this case, though, I do believe that my memory serves me as he was a similar presence in the lives of those who knew him and his fans who saw him on-screen.

I hear that he was really loved by people in the film industry, across ranks, that he wanted to work with new and different kinds of directors, writers and actors and that he funded numerous orphanages, schools, old age homes across Karnataka.

I have been watching Appu’s interviews over the last few days, where he shakes off his fame like an uncomfortable cloak and gives all the credit to the love his audience have given him. Having lived in the same neighbourhood in Bengaluru as Appu and his family since my childhood, knowing him as a child has always occupied a strangely intimate space in my life.

Auto drivers would always stop outside his father’s house, later his house, looking for a glimpse of him.

I would be stopped on evening walks by people driving by who wanted to know, “Where is Rajkumar’s house?”

Growing up, Kannada movies and music were a very large part of my life and the Rajkumar family was the centre of this. In the seven years that I lived in Delhi, I introduced my world of Appu to some of my closest friends.

I vividly remember that gym today, Appu’s grin, his voice and how he lit up my evenings.

He needn’t have come and spoken to me ever, but he did. And he did it again every day with an intentionality that is special.

What remains of him now for most of us is that smiling face that I now see across Bengaluru — on hoardings and photos outside shops, behind auto rickshaws and in social media posts.

A friend recently shared a photo of Appu on Instagram with the caption, ‘Maralli Baa, Appu (loosely translates to mean ‘Come back once again, Appu’)’ and that’s what I want to end this with too.

I know we will keep meeting, on gym floors that I visit, every time I listen to a song of yours and in that grin that I will always carry in my memory.