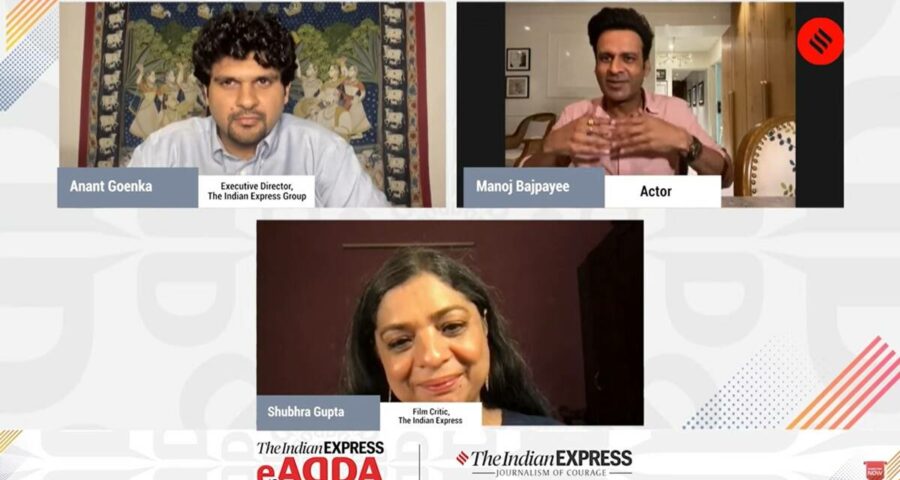 Manoj Bajpayee's remarks at the Express e-Adda were, of course, a nod to his famous dialogue in Satya (1998), the cult classic that established the 52-year-old actor as a powerhouse performer in Bollywood — "Mumbai ka king kaun? Bhiku Mhatre!". 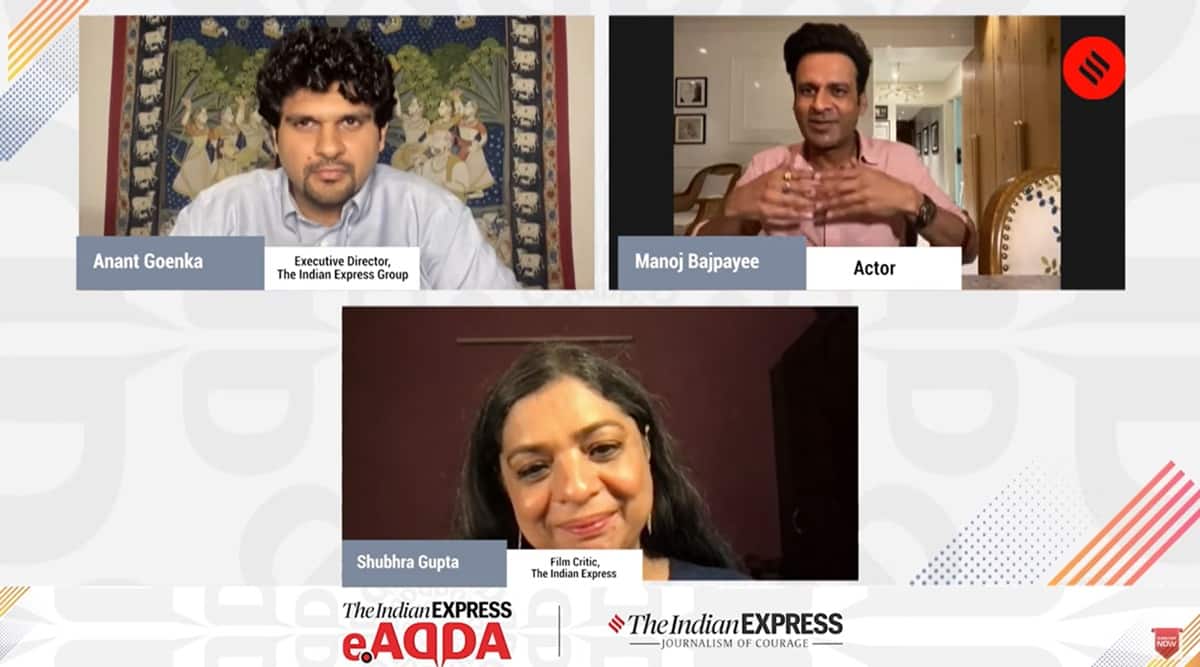 Bajpayee’s remarks were, of course, a nod to his famous dialogue in Satya (1998), the cult classic that established the 52-year-old actor as a powerhouse performer in Bollywood — “Mumbai ka king kaun? Bhiku Mhatre!”. Yet, it was also an acknowledgement of the distance the actor and Hindi cinema have travelled since then — with the OTT media space revolutionising the way Indians have consumed their movies.

“OTT has completely changed the game, so much so that it’s difficult for people to attempt anything that is purely for entertainment. People now want story, performances, good camera, great writers and directors who have vision. These are the real kings of OTT,” he said during the Adda, where he was in conversation with Anant Goenka, Executive Director, The Indian Express Group, and film critic Shubhra Gupta.

Bajpayee, who won the National Award for Best Actor for his portrayal of an ex-policeman in Bhonsle (2018), has had a stellar year, with his performance in Season 2 of The Family Man being particularly well-received.

Speaking about the democratic nature of the OTT space. Bajpayee said, “Because of box-office constraints, a lot of great talent has been lost in Bollywood. But now, in the time of corona, Zoom calls and OTT, it’s a level playing field. With my films coming out on OTT, I get these many choices. So does Pankaj Tripathi, Nawazuddin Siddique, Rasika Duggal, Shweta Tripathi and Gulshan Devaiah. This a democratic time… I just hope it lasts. When I go to bed every night, I am anxious. I wonder if it will last,” said Bajpayee, who recently appeared in Ray, a web anthology based on Satyajit Ray’ short stories, as Musafir Ali, a performing artist.

Bajpayee also touched upon his early years in Bihar, where he grew up on a steady diet of Hindi films, and his time in Delhi University’ sRamjas College, where he honed his dramatics skills.

Talking about the evolving nature of the medium and how that has led to a change in how we view ‘superstars’, Bajpayee said, “Look at this, a Manoj Bajpayee is being talked about, being interviewed. Next is Nawazuddin (Siddique)… Sometimes in a week we have two-three great content that comes out and satisfies all your senses… We have created a habit of calling someone a superstar, that’s why we give this tag. I am not (a superstar), no one is. In a month, we have two-three actors who hit it out of the park. And we don’t have the numbers. How will you gauge? Today, OTT has proved that writers are the superstars. It’s a writer’s medium.”

While Bajpayee has won accolades for his role as a secret agent in Season 2 of The Family Man, the show was held up as Amazon Prime Video, where it was to be aired, pushed its release following the controversy surrounding two other of its shows, Tandav and Mirzapur.

Saying he doesn’t agree with the idea of censorship, Bajpayee said, “They (the Central Board of Film Certification or the censor board) should clarify as to (viewers of) what age can watch which content, that’s fine. That said, you cannot snip off a creative portion. The writer and director have put in a lot of thought in that content, please don’t cut it. It’s not random,” added Bajpayee.