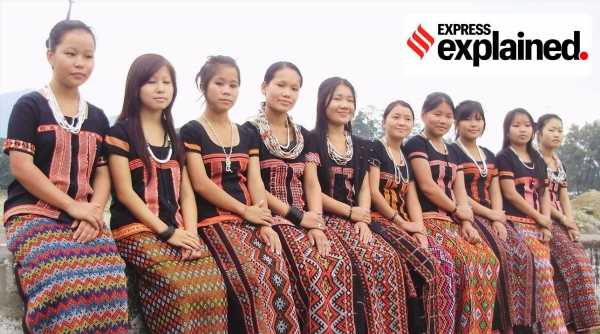 Parliament has passed the Constitution (Scheduled Tribes) Order (Amendment) Bill 2021. It seeks to amend the nomenclature of certain tribes from Arunachal Pradesh. Why is this significant? What does the Bill amend?

The Bill seeks to modify Part-XVIII of the Schedule to the Constitution (Scheduled Tribes) Order, 1950. Part-XVIII lists 16 tribes of Arunachal, in order: Abor, Aka, Apatani, Nyishi, Galong, Khampti, Khowa, Mishmi [Idu, Taroon], Momba, Any Naga tribes, Sherdukpen, Singpho, Hrusso, Tagin, Khamba and Adi. The Bill corrects the names of tribes spelt incorrectly, and adds names of a few tribes that were either named ambiguously or had their parent group named only. 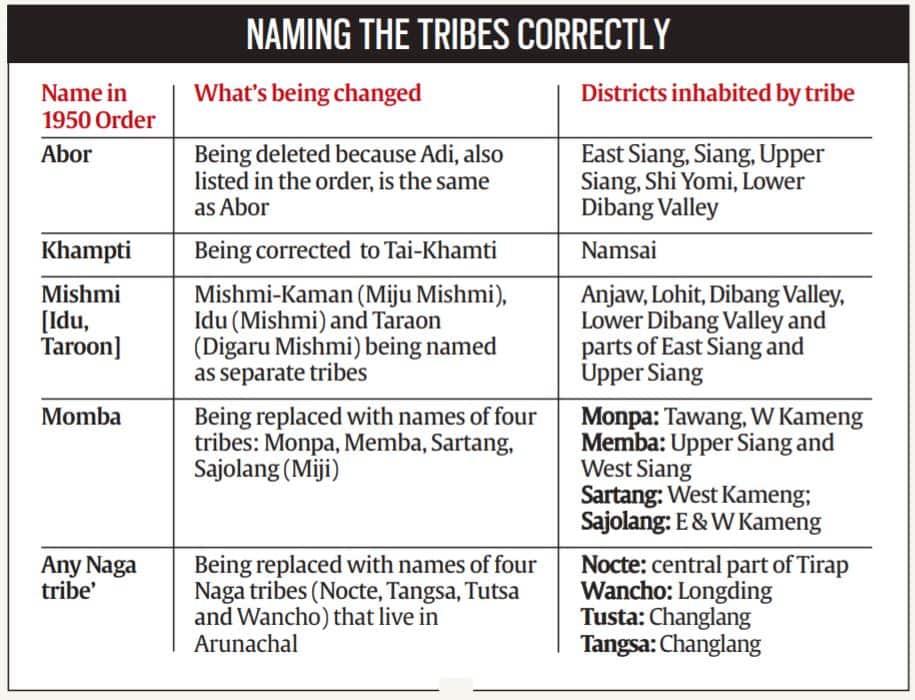 Why is it significant?

Indigenous nomenclature of tribes has been a long-standing demand in Arunachal Pradesh for two reasons: for the recognition of individual identity and to do away with the ambiguity as a result of errors in their names. “For long, communities — whether civil society members or student leaders — have demanded that they must be known by their respective names,” said Dr Nani Bath, a professor of politics of Arunachal Pradesh’s Rajiv Gandhi University.

According to Professor Jumyir Basar, Director, Arunachal Institute of Tribal Studies, most of the names for tribes in the Schedule were “colonial interpretations”. “The move is historic because now communities will be known by the name they identify with and not something that is imposed on them,” she said. “… Self-identification is an essence for much needed respect for small indigenous communities in the Northeast.”

This mattered especially in Arunachal, made up of many diverse communities. “It is often said there are 26 tribes in Arunachal but the number on the ground is much higher, since there are so many tribes, sub-tribes… which are not even listed,” said Bath.

Similarly, Nocte, Tangsa, Tutsa and Wancho are mentioned as “other Naga tribes” which has been borrowed directly from colonial records, she said. “But these communities have their own nomenclature for themselves and are culturally diverse.”

Tobom Dai, general secretary, All Arunachal Pradesh Students’ Union , said nomenclature like “Any Naga Tribe” was ambiguous and often created problems while applying for central jobs. A Sajolang student leader explained: “The problem starts when we go outside and apply to, say, Delhi University. Since Sajalong is not mentioned specifically in the 1950 list, they would not entertain our requests… they would say they did not recognise the tribe.”

Has the move faced any opposition?

Observers said the Naga separatist group NSCN(IM), which is in talks with the Centre to broker a peace deal, may feel undermined by this step, because it has been demanding the creation of Nagalim or greater Nagaland — a territory that comprises all Naga-inhabited areas around Nagaland, including neighbouring states.

“Since the term ‘Any Naga Tribe’ has been removed, and the four tribes (Wancho, Tutsa, Tangsa, Nocte) will not be known referred to as Naga, but known by their own names, they may not welcome the move,” said an observer, who did not want to be named. “However, the move actually does not take away from the Naga identity of these tribes — it just gives them their individual identity, within the larger Naga identity.”