At one point during the Star Vs Food episode, Karan Johar confesses that he doesn't know "how to start any kitchen appliance." 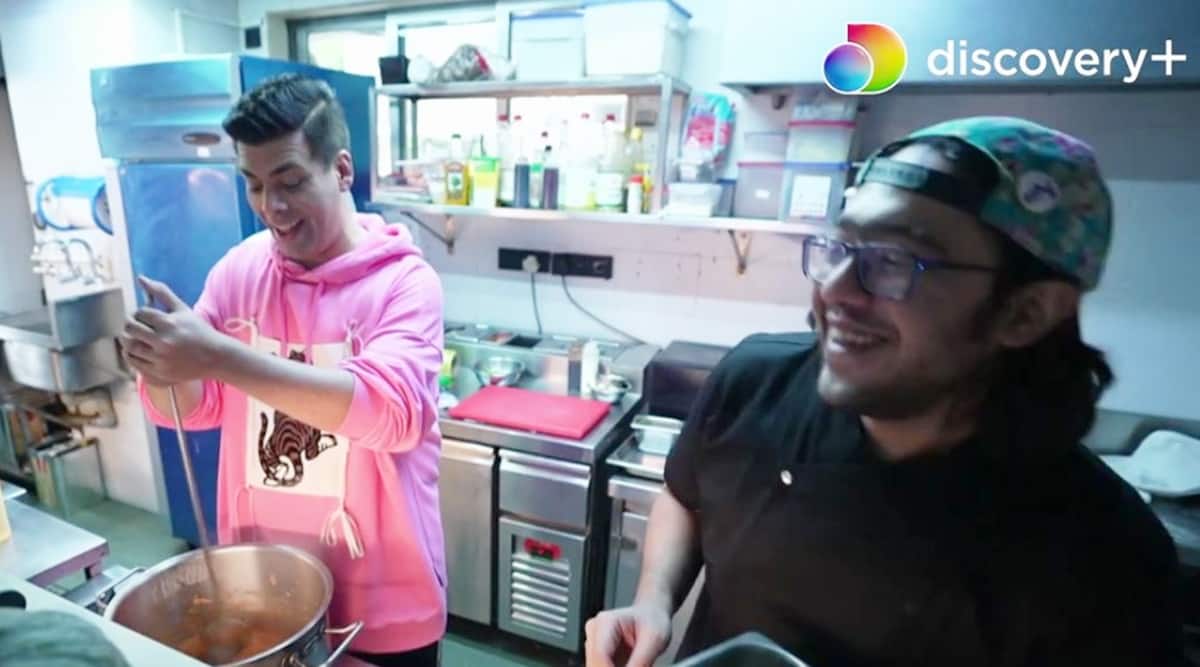 The episode of Discovery Plus’ new show, Star Vs Food, featuring filmmaker and chat show host Karan Johar is a 30-minute banter that Johar has, first with Chef Lakhan of the modern Japanese restaurant Mizu, and then with his friends Seema Khan, actors Mrunal Thakur and Saiyami Kher.

We see Karan Johar making a stylish entrance at the beginning of the clip, and asking the camera whether he would really have to cook and spend three hours in the kitchen, a place, admittedly, he rarely makes a visit to barring his midnight cravings. Karan has to lay out an impressive spread for his glamourous friends from the industry — Seema Khan, Mrunal Thakur and Saiyami Kher.

Johar and the chef decide to team up to make Katsu curry and some sushi. No surprise that the meal turns out to be great, mainly because Karan had all the help from Chef Lakhan. However, before the feast, Karan tried his best to wing his way out of the deal. Johar tried to order about the chef, and when that didn’t happen, he tried to distract the poor chef from the task at hand.

At one point, Karan confesses that he doesn’t know “how to start any kitchen appliance.” And pointing at the huge vessels in front of him, went on to add, “Feel like these are missiles about to attack me. I have never chopped an onion in my entire life.”

In Karan Johar’s words, he tried to save the day and found an escape by “trying to circumvent” the episode with his “naughty humour.” It didn’t really work.