Irrfan Khan's son Babil said he was hurt when people said that he is sharing father Irrfan Khan's memories on social media to 'gain clout'. 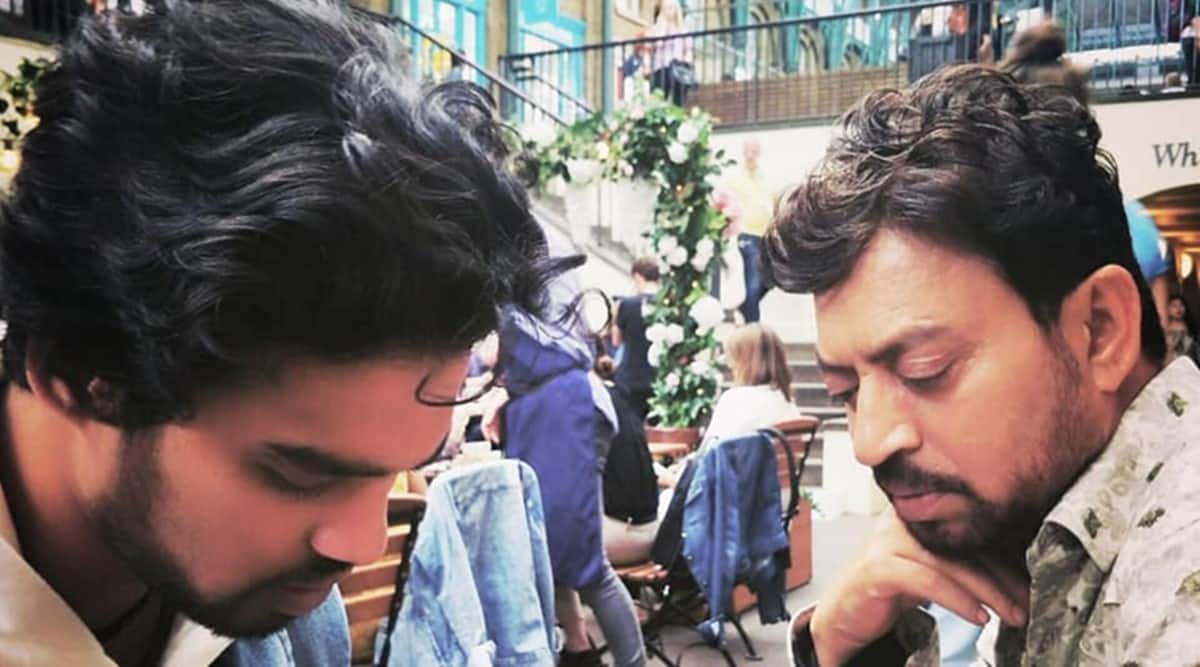 Late actor Irrfan Khan’s son, who is set to make his debut with Netflix’s Qala, has shared on his social media platform why he suddenly stopped sharing memories about his father. The young aspiring actor would often share rare pictures of his father Irrfan, and his private moments with the family, but he stopped doing so a few weeks ago. About this, Babil shared through his Instagram stories the actual reason why he stopped sharing Irrfan’s memories. He wrote, “For baba’s fans wondering why I stopped sharing memories of him.” 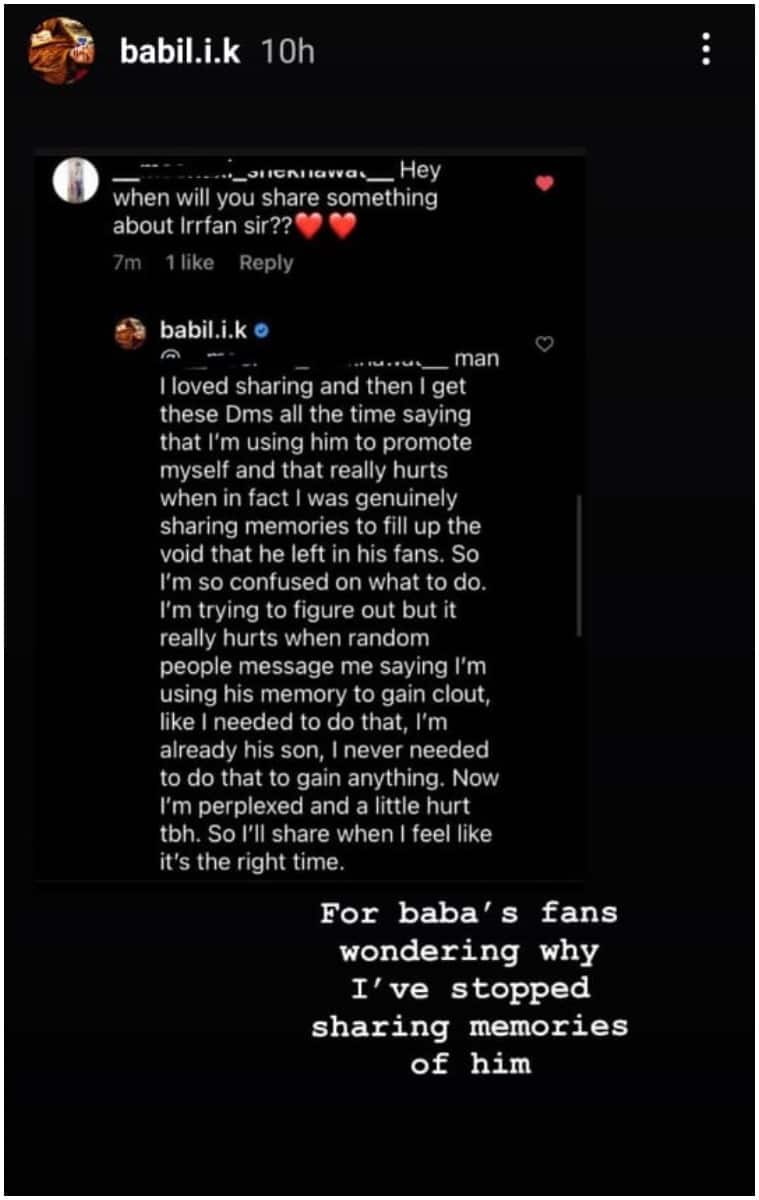 When he was asked by an Instagram user “When will you share something about Irrfan sir?” Babil responded saying, “I loved sharing and then I get these Dms all the time saying that I’m using him to promote myself and that really hurts when in fact I was genuinely sharing memories to fill up the void that he left in his fans. So I’m so confused on what to do.”

It has been almost a year since Irrfan Khan passed away on April 29 after a two-year-long- battle with cancer.

Babil further said that it hurt him when random people messaged him that he is using his memory to gain clout. He said, “I’m trying to figure out but it really hurts when random people message me saying I’m using his memory to gain clout, like I needed to do that, I’m already his son, I never needed to do that to gain anything. Now I’m perplexed and a little hurt tbh (to be honest). So I’ll share when I feel like it’s the right time.”

Qala is helmed by Anvitaa Dutt and stars Tripti Dimri, Swastika Mukherjee and Babil. It is bankrolled by Anushka Sharma and her brother Karnesh Sharma’s production house Clean Slate Films.