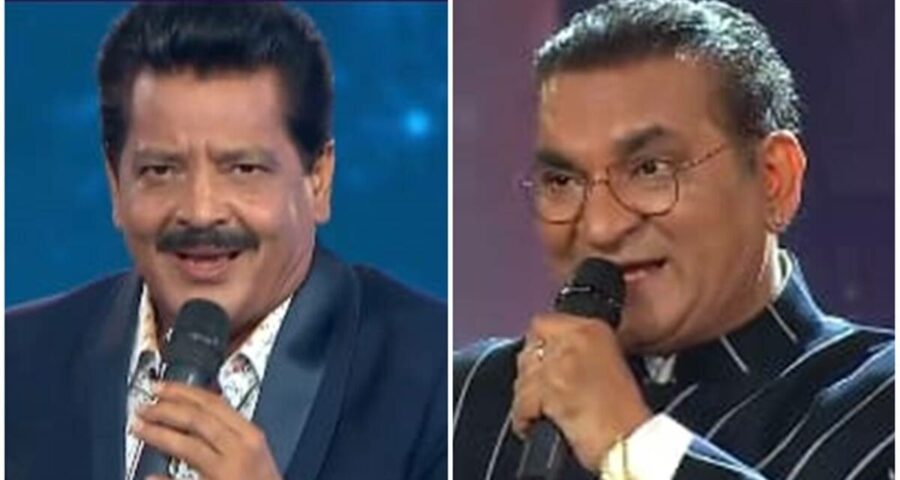 Singers Udit Narayan and Abhijeet Bhattacharya will revisit their top hits from the 90s on Saturday's Indian Idol 12. The upcoming episode of Indian Idol 12 promises to be a ’90s kid’s delight. Sony TV on Saturday released promos of veteran singers Udit Narayan and Abhijeet Bhattacharya– two of the dominating playback voices in ’90s Bollywood– singing duets with Indian Idol 12 contestants, and it doesn’t look less than any concert.

While Abhijeet will be seen singing the popular and even recreated number “Tan Tana Tan” from Salman Khan’s Judwaa with contestant Shanmukhapriya, and “Chaand Taare” from Shah Rukh Khan-starrer Yess Boss, Udit Narayan will take a romantic trip with Pawandeep as the duo will croon “Mai Yahan Hoon” from SRK’s Veer Zara.

From mid-90s till early 2000s, Abhijeet was the voice for most of Shah Rukh Khan hits including “I am the Best”, “Chaand Taare”, “Baadshah”, “Tauba Tumhare Ishare” among others.

At one point in the Indian Idol episode, Abhijeet Bhattacharya and Udit Narayan will share the stage, singing each other’s hits.

Indian Idol 12 has been making headlines since Kishore Kumar’s son Amit Kumar criticised the talent show and even mentioned how he was forced to praise the participants. As Aditya Narayan defended his show, father Udit Narayan also supported him. He said that Aditya was the only one who spoke about the matter as he was ‘childish’.