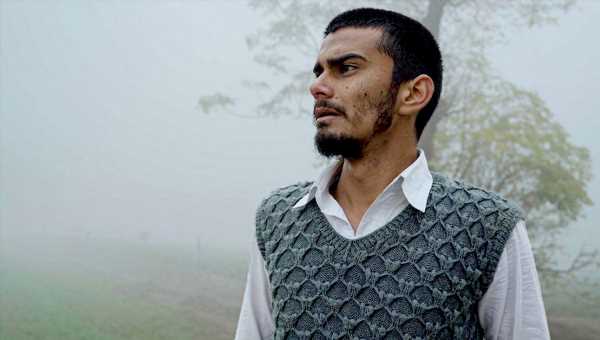 Lovingly made, heartfelt stories that speak the truths about our lives.

The year has been full of challenges for the Indian film industry.

There was talk about Bollywood losing its bearing as film after film failed at the box office.

Meanwhile, the film industries in the South presented some major hits, from RRR to KGF Chapter 2 to the Kannada film Kantara, which did surprisingly well in its Hindi dubbed version too.

But Bollywood seems to be back on track.

And then, there are the smaller indie productions, the lovingly made, heartfelt stories that speak the truths about our lives and count on the support of film festivals and word-of-mouth.

It is remarkable how there has been an organic growth of theatre and indie film productions in Chandigarh with works that are very different than what mainstream Punjabi cinema offers.

First-time film-maker Anmol Sidhu places his story in rural Punjab where sexuality issues are never discussed but people are often bullied if they are perceived to be gay.

Jaggi (a wonderful, intense performance by theatre actor Ramnish Chaudhary) is harassed by schoolboys and neighbours because the word spreads that he is gay or perhaps impotent. Things get really ugly as Jaggi fights to survive in the midst of the madness.

Jaggi has played at a number of international film festivals, including the recent one in Kerala and has won many accolades along the way.

It is a tough watch, but its raw energy and independent scope should be celebrated by lovers of good cinema. 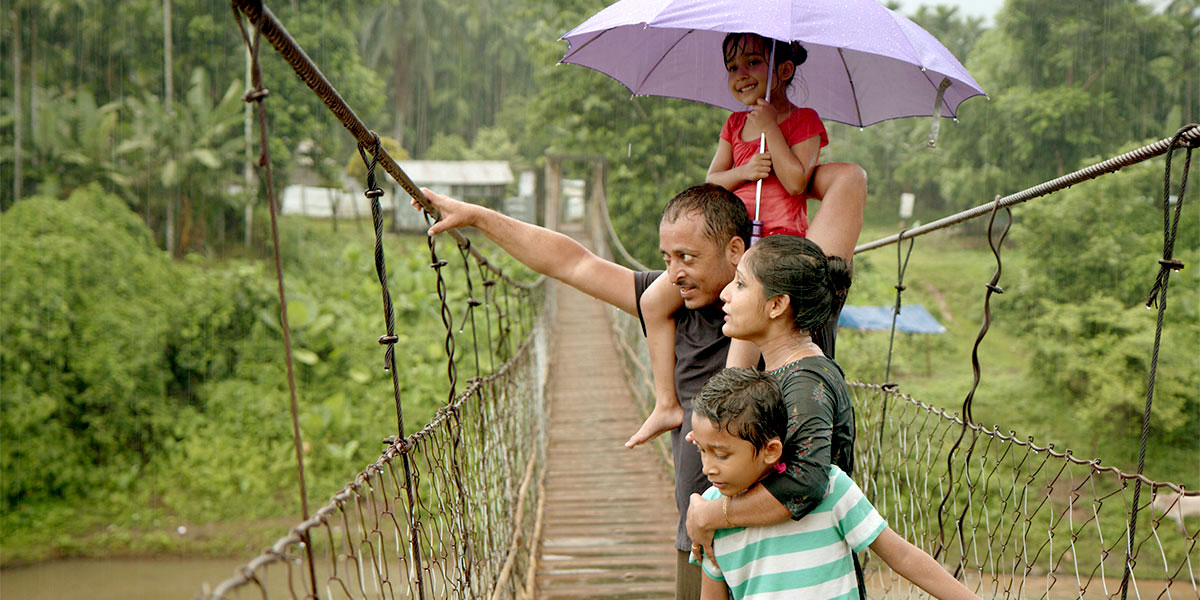 Self-taught, Assamese indie film-maker Rima Das has already won our hearts with her gently flowing films set in her home state. He second film Village Rockstars won the National Award for Best Indian Film in 2017 and later, it was India’s official entry for the Oscars.

This year, Das returns with her fourth feature, Tora’s Husband.

Premiering at the Toronto International Film Festival, Tora’s Husband holds our hand, much like Das’ earlier films, and makes us experience the lives of regular people, impacted by events that are beyond their control.

Das’s brother Abhijit Das plays the lead character Jaan, who just about manages to keep his head above the water, balancing his fledging business and his family, which includes his wife Tora (Tarali Kalitha Das).

Amid the lockdowns and COVID waves that affected even little corners of India, the family somehow manages to survive, although the scars of their struggles will continue to show for a long time. 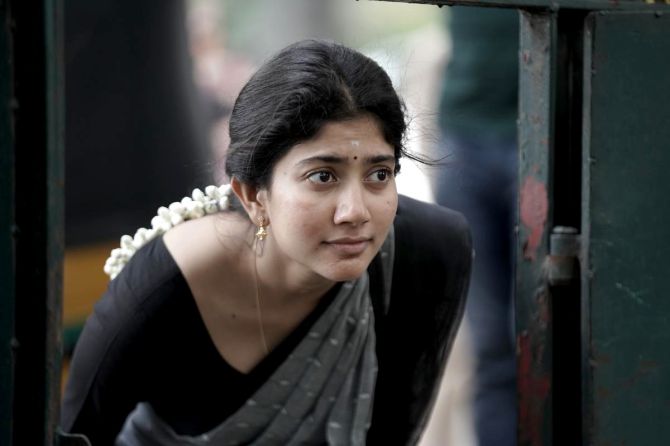 A young schoolteacher Gargi (played with a lot of finesse by Sai Pallavi) steps in to support her father, who she is convinced has been wrongly accused of assaulting a child.

Director Gautham Ramachandaran and his co-writer Hariharan Raju chart out a tough road for Gargi, when a famous lawyer abandons their case and the family is ridiculed by neighbours.

But Gargi is resolved to prove her father’s innocence even when she is left with no option but to seek the support of an inexperienced lawyer.

Gargi is a gripping tale with unexpected turns and a surprise ending that will challenge our thinking in #MeToo times. 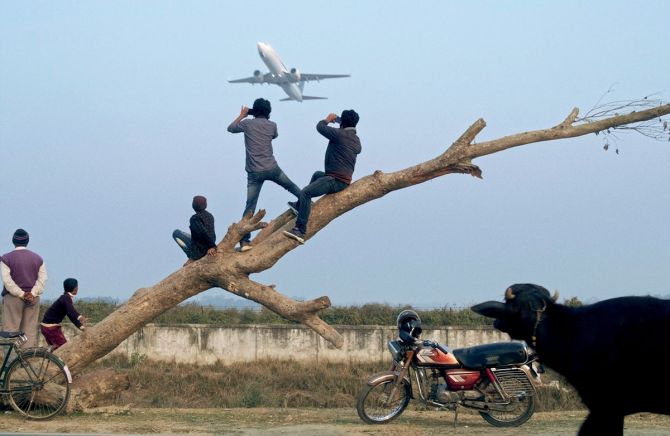 Dhuin is 26-year-old film-maker Achal Mishra’s second feature after his remarkable Gamak Ghar. Like the first film, Dhuin is also shot in the Darbhanga area, where Mishra grew up, and largely in the Maithili language.

A young theatre actor in Darbhanga dreams of making it big and landing in Mumbai, but his hopes are dashed because of family responsibilities and other limitations.

Meanwhile, a local actor who did make it in the big city visits the town which leads to excitement, envy and a range of confusing emotions.

With a nod to Iranian cinema, especially to the master Abbas Kiarostami, the one-hour long Dhuin is a homage to everyday lives of ordinary people, who continue to dream despite the harshness of the reality around them.

At times, the film will make you feel uncomfortable, but there in lies the beauty of Mishra’s work.

6. Badhaai Do
Where to Watch? Netflix
Language: Hindi

The two enter into a marriage of convenience. Complications arise because of the marriage and the sexuality issues.

Some of it is amusing, but at other times, the scripts navigates its protagonists through rather difficult situations.

Hindi cinema often shows gay stereotypes, forced into films just for comic relief. But it is not every day that Bollywood shows gay characters who are not fodder for laughter and jokes.

Badhaai Do does not laugh at its protagonists, although sometimes it laughs with them.

There are Bollywood trappings: A wedding dance sequence and dotty characters in large middle-class families, that cannot be complete without the casting of actors like Seema Pahwa and Sheeba Chaddha (both are in terrific form here) but all of that is forgiven.

It is rare in a mainstream film where the leads are clear about their sexuality, and what kind of lives they want to lead.

That is what makes Badhaai Do an honest representation of the lives of LGBTQ characters, a big step forward for Indian mainstream cinema. 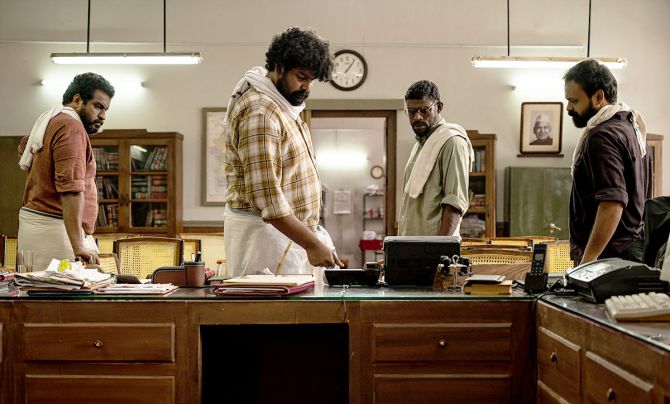 Ten years after he made his first film ID, Director Kamal KM makes his second feature, Pada, a gripping thriller based on a true incident.

The film focuses on four men, who called themselves Ayyankali Pada, a pro-Maoist fringe group, and hold the Palakkad collector hostage for nine-hours. Their demand: The Kerala government should withdraw an amendment to a bill that affects tribal land rights.

Pada has the edge-of-the-seat quality, rarely seen in an Indian film.

It is sharply edited by Shab Mohammed, whose work is ably supported by the soundtrack designed by composer Vishnu Vijay.

Kunchacko Boban stars in this film as one of the hostage takers.

The film also stars Dileesh Pothan (director of Joji and Thondimuthalum Dhriksakshiyum) and Arjun Radhakrishnan, so convincing as the hapless IAS officer Ajay Shripad Dange. (The actual Palakkad collector’s name was W R Reddy, but Kamal changed it to honour Shripad Amrut Dange, one of the founding members of the Communist Party of India.) 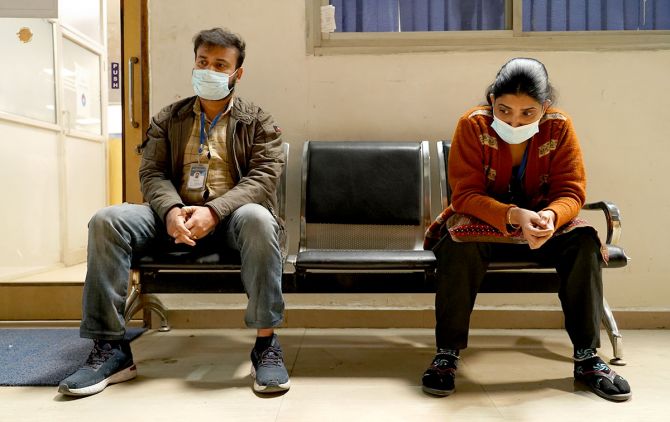 One of the leading voices of Malayalam cinema, Mahesh Narayanan has directed three remarkable films: Take Off (the story about Indian nurses, who were stranded in Iraq), C U Soon (India’s first pandemic film shot using smartphones) and Malik (a Nayakan-inspired gangster saga). He also wrote the script of Malayankunju.

Now he is back with a new film Ariyippu (Declaration), very different from his previous works.

Ariyippu focuses on immigrants from Kerala stuck in the Delhi NCR area during the pandemic, while they wait to get paperwork approved that will help them migrate to the Middle East.

The film stars Kunchacko Boban and Divya Prabha, playing a married couple. While the two wait for their visas, they take up jobs in a factory that makes medical gloves, and get entangled in a scam.

Ariyippu is authentic in its representation of the location, time and moral dilemmas of its characters.

3. While We Watched
Language: Hindi/ English 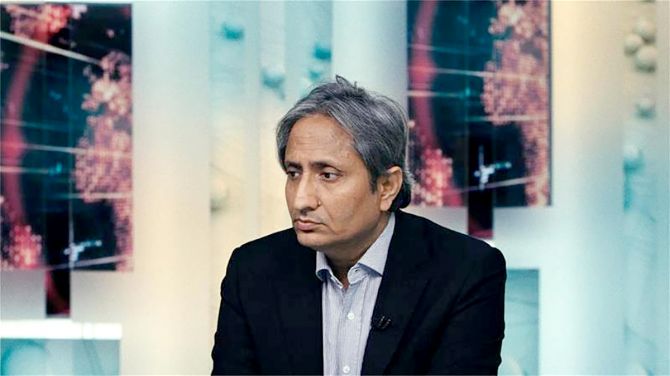 Premiering this year at the Toronto International Film Festival is Director Vinay Shukla’s documentary, a gripping, exploration of the life and times of former NDTV Hindi anchor Ravish Kumar.

At times, While We Watched works like a political thriller, much like Laura Poitras’ Oscar-winning documentary Citizenfour.

Kumar was a popular news anchor with a large social media presence.

But in Shukla’s film, we see a lonely man grappling with his personal doubts as he is hounded by trolls, and faces death threats and sharp competition with loud news anchors from other networks that align closely with the current government in India.

Shukla does not attempt to take a specific position, but he sharply observes all that is broken in the Indian media landscape. The result is an important document of our times.

2. All That Breathes
Language: Hindi 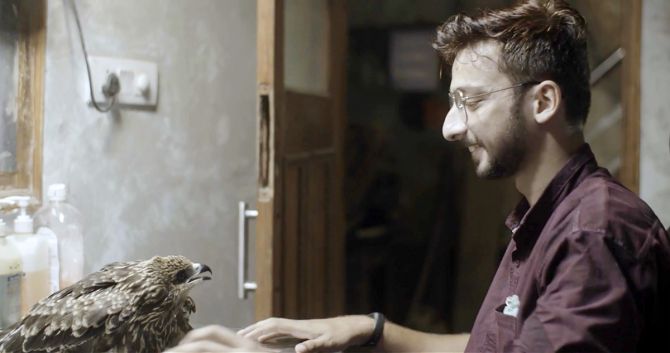 This year’s top documentary award winner at Sundance and Cannes and now, a potential Oscar nominee, Shaunak Sen’s All That Breathes is one of the most original Indian documentaries in the recent years.

All That Breathes is a visual poetic story about two Delhi-based brothers, Mohammad Saud and Nadeem Shehzad, and their assistant Salik Rehman, who work out of their basement, as they painstakingly clean the wings of hundreds of kite birds, who have fallen from the skies because of the pollution in the city’s skies.

It is a beautifully told narrative that looks at the horrors of Delhi’s environmental crisis, but from the perspective of the man-bird relationship. On the side, it also refers to the political turmoil in the city during the anti-CAA protests.

Sen has made a very special film, an urgent and moving film, that will stay with you for long.

1. Three of Us
Language: Hindi 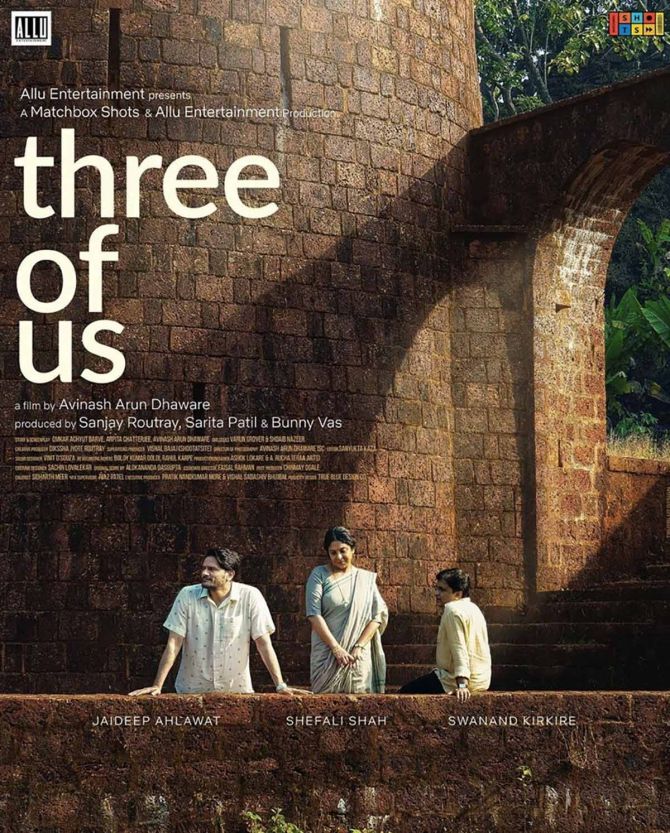 In 2014, Avinash Arun made his first feature Killa, a blissful tale of childhood, set in the Konkan region in Maharashtra. Since then, he has shot many films (Masaan, Karwaan) and directed a couple of Web series, including the brilliant Paatal Lok.

Eight years later, Arun is back with his second feature Three of Us, a heartwarming story of memories, forgiveness and above all, love.

A gentle, warm, loving film, Three of Us premiered at this year’s International Film Festival of India in Goa.

Co-written with Omkar Achyut Barve and Arpita Chatterjee, Three of Us stars Shefali Shah, a woman grappling with the early stages of dementia, who urges her husband (Swanand Kirkire) to take her to a village where she spent her childhood and early teenage years. Once in the village, she reconnects with her past, including her teenage love, played by Jaideep Ahlawat.

Once again, Arun travels to the Konkan region and captures its beauty.

All three actors are terrific, especially Ahlawat, who is so romantic with his quiet and shy glances.

But it is the narrative, its small, delicate moments that will break your heart and bring tears to your eyes. 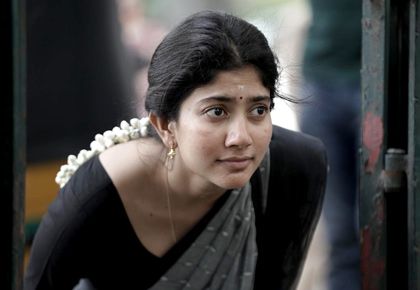