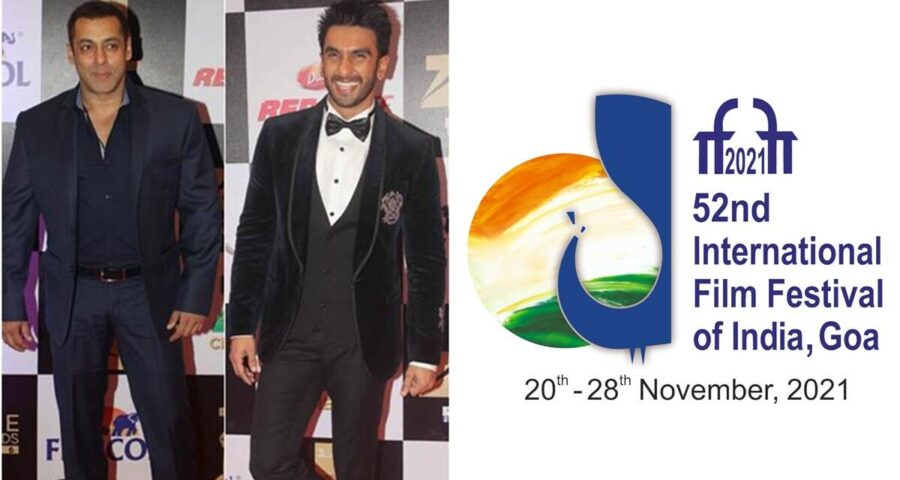 The opening ceremony of the 52th edition of the International Film Festival of India (IFFI) is expected to be attended by Bollywood stars Salman Khan and Ranveer Singh. The 52th edition of the International Film Festival of India (IFFI) is set to commence on Saturday in Goa. The nine-day film gala will be organised in a hybrid format – virtual and physical – and will go on till November 28.

The opening ceremony is expected to be attended by Bollywood stars Salman Khan and Ranveer Singh. It will also see the presence of actors Riteish Deshmukh, Genelia Deshmukh, Shraddha Kapoor, amongst others. Touted to be India’s largest festival, this year it will honour Hollywood stalwart Martin Scorsese and celebrated Hungarian filmmaker Istevan Szabo with the Satyajit Ray Lifetime Achievement award.

The IFFI organisers recently announced an interesting line-up for Indian Panorama segment for 2021. Once again several regional-language movies are set to dominate this segment.

Veteran actor Hema Malini and lyricist Prasoon Joshi will be honoured with the Indian Personality of the Year award at the IFFI 2021. Union Minister for Information and Broadcasting Anurag Thakur shared the news. “Their contributions to the field of Indian cinema spreads over decades and their body of work has enthralled audiences across generations. They are Indian cinematic icons who are admired and respected the world over,” Thakur said.

Follow all the updates about International Film Festival of India (IFFI).

International Film Festival of India Director Chaitanya Prasad announced that the opening ceremony for the 52nd edition will be hosted by filmmaker Karan Johar and actor Manish Paul.

PIB India tweeted the information about its live stream.

IFFI has also invited leading streaming platforms to the festival, incuding Netflix, Amazon Prime, Voot, SonyLIV and Zee5. The OTT channels will mark their participation through a series of physical and virtual events including masterclasses, content launches and previews and screenings of curated film packages.

Netflix will hold a three-day virtual masterclass by the Paris-based renowned school of image and arts, Gobelins School L’image. The festival will host India premiere of Netflix movie and winner of Best Director at Venice Film Festival, The Power of the Dog by Jane Campion. There will be a special screening of Kartik Aaryan’s latest release Dhamaka too.