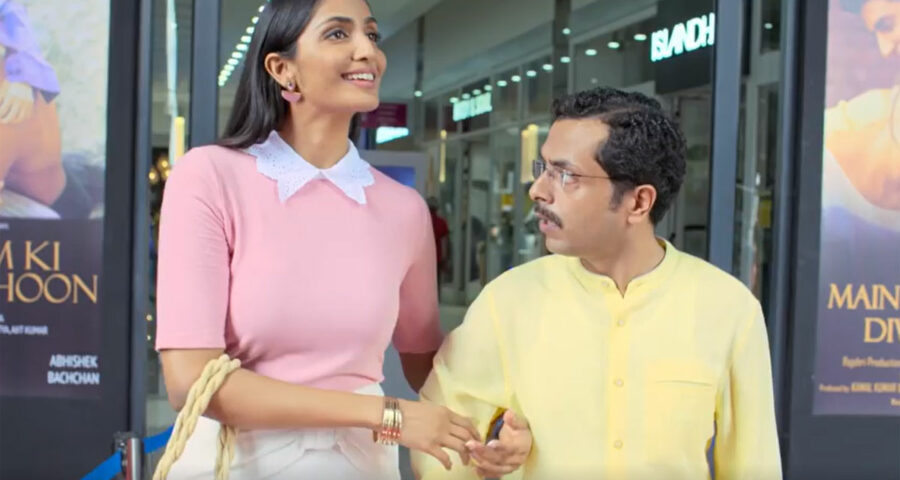 ‘I’ve been getting offers to play someone who is sexy, hot and smart.’ It doesn’t bother the glamorous Aishwarya Sushmita because she knows that there is much more to her than just these tags.

The 27-year-old model-turned actress has made everyone sit up and give her a second look after her turn as the honeytrap agent, Karishma, in Neeraj Pandey’s Special Ops 1.5: The Himmat Story.

Growing up in Darbhanga, Bihar, a career in the entertainment world was not an option.

But as Aishwarya Sushmita’s unfettered mind took her in directions most expected, she didn’t hesitate.

While she plans to hold on to both her modelling and acting careers, she has a confession to make to Rediff.com‘s Rajesh Karkera in the concluding segment of a two-part interview. 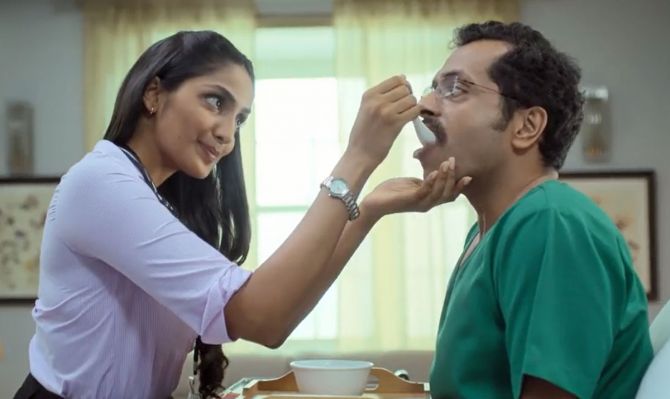 Are you worried that film-makers will seek you out to add oomph to their movies?

That’s a good question because it has happened to me.

After Special Ops, I’ve been getting offers to play someone who is sexy, hot and smart. But I haven’t got anything beyond such characters.

I do ask for the script and read it carefully. There’s nothing wrong with them.

But the choice to take up a project is yours.

So typecasting ka aisa koi stress nahi hai (I am not stressed about being typecast). I just have to be wise in my choices.

I have said no to a lot of offers that came my way.

If there is something I connect with, I will definitely take it up. Are you going to focus less on modelling and more on your career as an actor? Or do both? What’s more interesting?

Acting has always been my goal, but that does not mean I’m going to ignore modelling projects. I’m just as interested in modelling.

I can never forget that I’ve been able to reach where I am today because of modelling. The industry has given me so much love and respect.

Usually, when people see you becoming an actor — this is happening with me right now — they stop approaching you for modelling assignments because they think you are no longer interested.

That’s not the case with me; I’m not going to leave modelling. And I would like people to know that.

Modelling and acting are different professions. And if I can manage both, why not?

But, yes, if there is a clash, if I have to choose between a modelling assignment and an acting assignment, I will always choose acting. 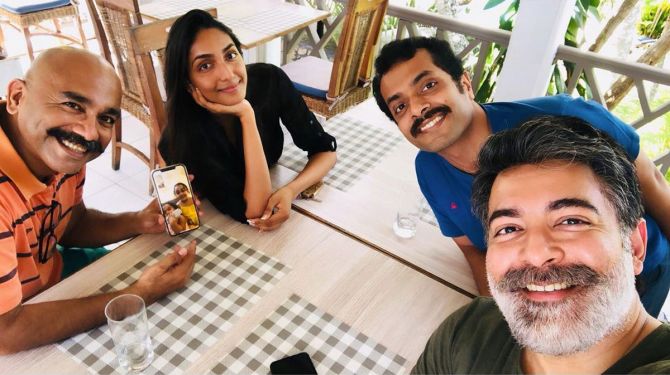 Would you do daytime television? Has anyone offered you roles in them?

Initially, there were a lot of offers. But I did not take them up then because I was pretty satisfied with my career as a model.

I am also quite happy doing a Web show and a bit of theatre.

It would be nice if something more in the same genre happens on the OTT platform.

If Ekta Kapoor called you to play a role in one of her gharelu serials, would you be game?

(laughs) If she calls, I would love to meet her and discuss a potential project.

If something nice comes along, why not? When you were growing up in Darbhanga, what were your primary sources of entertainment? What kind of stuff did your family watch? What did you watch?

Growing up in Darbhanga, no one really thought of the entertainment industry as a career (laughs).

As kids, we were told to concentrate on our studies; academics, we were told, would help in the future. Doctor… engineer… IAS… these were the career choices presented to us.

And the pressure didn’t just come from the society around us; it was also familial.

Many of my family members are IITians, doctors, lawyers and engineers, so that pressure always surrounded us.

Entertainment was limited to watching cartoons and the Ramayan and the Mahabharat on Sunday.

Our access to television was generally limited to Sundays because padhai pe focus karna zyada zaroori tha (it was more important to focus on studies).

Entertainment, then, was equivalent to sports or doing something creative at home.

As a child, I loved to play and my father understood the importance of sports. He made sure I was involved extracurricular activities.

I have played badminton at the national level.

I’m grateful to my parents because they never stopped me from doing anything as long as I concentrated on my studies as well. Did you always know you would move out of Bihar to do interesting things? When did that realisation come to you?

Did I know I would move out of Bihar? Never, to be honest.

The thought of becoming an actor then was a fantasy; you watch movies and see the beautiful stars and think, ‘Wow! How is something like this possible?’

When I was about 10 or 12 years old — and I’ve never told anyone about this before — I started wondering how people became actors. What is the process? I even googled it.

But it was just a two-day phase. Chote shaher mein humein woh option hi nahin diya jaata tha ki aap actor ban sakte ho. Agar woh dream hota tha toh woh dream hi reh jaata tha (In small towns, you did not have the option of becoming an actor. Even if you had such a dream, it remained just that — a dream).

To tell you the truth, my dad always wanted to be an actor. He would always tell me ke acting karke dikhao (act for me).

But I was not interested then; I thought it was an unachievable dream.

In fact, I didn’t even think I would become a model.

When I moved to Delhi to complete my master’s in philosophy from the university there, the Kingfisher Supermodel contest happened. It was Season 3 of the contest and I won.

I got a lot of compliments and people really liked me as a model.

That’s how it all began.

Do you go back often?

We have a lot of relatives there and mom and dad like to visit during Chhath Puja, which is one of our most important festivals.

And then, whenever there is a wedding or a function or an event, I like to get back and stay with my buas (aunts) and cousins; it’s always fun to get back to your roots.

I recently shot in the interiors of Ranchi and Bihar for 10-15 days for my next project.

It’s always a good feeling to get back to the place where you come from. 5 actors in order of preference you would like to act with, and why?

I would have loved to work with Irfan Khan Sir. He was on the top of my list.

People tell me we have the same vibe and we speak a lot through our eyes.

May his soul rest in peace.

I would also love to work with Rajkummar Rao and Vicky Kaushal,

I have a major crush — trictly as an actor — on Cillian Murphy (Dunkirk and, more recently, A Quiet Place II).

I think that pretty much sums up my favourites.

Have you met Aishwarya Rai and Sushmita Sen, the legendary beauty queens you were named after?

I have met Sushmita Sen two or three times. She knows I am named after her and that has made her very happy. She has such a great vibe!

I haven’t met Aishwarya Rai yet.

I did do a show that she watched live, but I could not meet her.