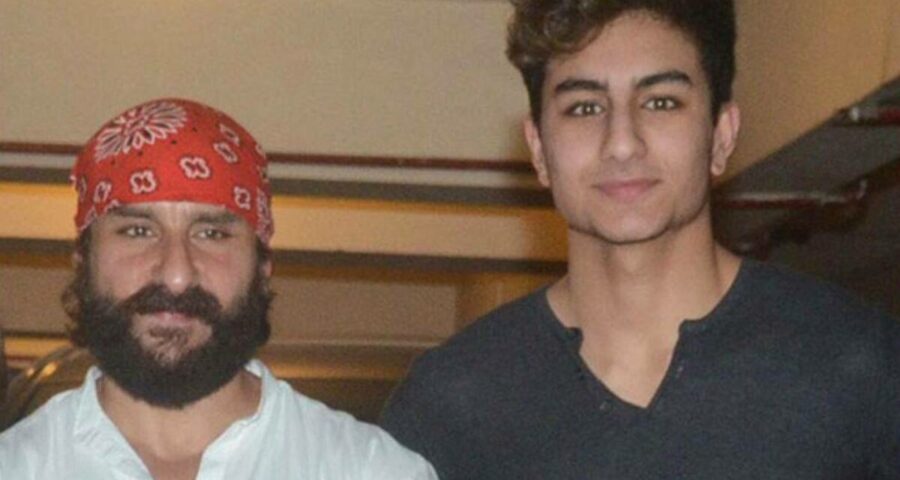 Bollywood actor Saif Ali Khan’s son Ibrahim Ali Khan is slowly making his way in the movie industry. The young Pataudi is currently working as an assistant director on Dharma Productions’ film Rocky Aur Rani Ki Prem Kahani. But it looks like it isn’t just about work all the time for Ibrahim, as he enjoys having some fun too.

In a recent video that has been going viral on social media platforms, Ibrahim can be seen grooving to “Afghan Jalebi.” The song is from his father Saif Ali Khan’s film Phantom, where he co-starred with Katrina Kaif.

A few days ago, a video of Ibrahim dancing to Diljit Dosanjh’s “Lover” was all over social media as he danced to the track with his group of colleagues at the schedule wrap of Rocky Aur Rani Ki Prem Kahani. Photos from the set of the film where he is working with Alia Bhatt and Ranveer Singh earlier went viral on Instagram too.

Ibrahim’s parents – Saif Ali Khan and Amrita Singh, are both actors. His sister Sara Ali Khan is also a film actor who has worked in movies like Love Aaj Kal, Coolie No 1 and Kedarnath.

Saif had earlier spoken about Ibrahim’s dreams and said, “Ibrahim is assisting on a Karan Johar movie and talking about what his ideas and dreams are.”