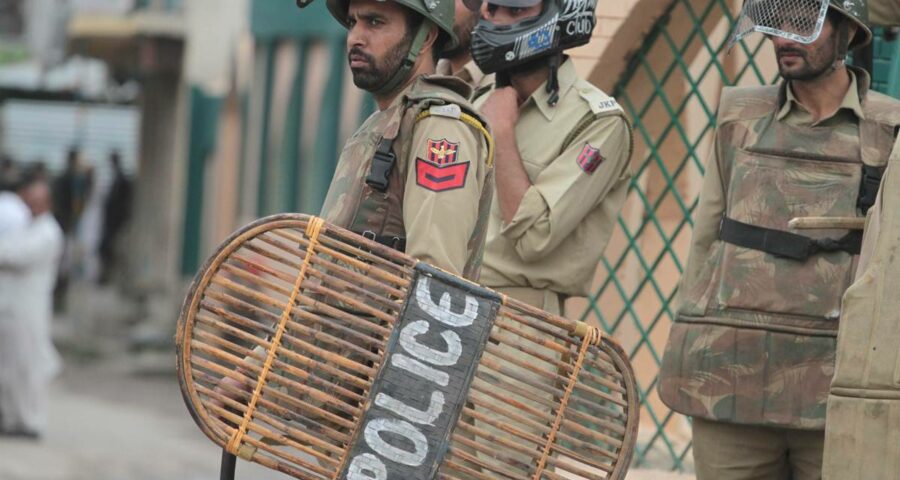 On Monday night, J&K Police claimed that two militants, along with an OGW and the owner of the commercial building where the encounter took place, were killed in a gunfight. Jammu and Kashmir Lieutenant Governor Manoj Sinha on Thursday ordered a magisterial inquiry into the Hyderpora encounter. On Monday night, J&K Police claimed that two militants, along with an OGW and the owner of the commercial building where the encounter took place, were killed in a gunfight.

“A magisterial inquiry by officer of ADM rank has been ordered in the Hyderpora encounter. Government will take suitable action as soon as report is submitted in a time-bound manner. J-K admin reiterates commitment of protecting lives of innocent civilians and it will ensure there is no injustice,” the LG’s office said in a Twitter post.

Late on Wednesday, the J&K Police forcefully removed the families holding a candlelight vigil at Srinagar’s Press Enclave seeking the return of bodies of their kin.

All four bodies were buried in Handwara, more than 70 kilometres from Srinagar.

Meanwhile, all political parties in the valley had sought an impartial probe into the encounter. The parties also criticised police action on the families of those killed in the encounter. Responding to a video of the police forcing protesting family members into a police truck, former J&K Chief Minister Omar Abdullah said, “This is the naya(new) Kashmir of 2021. This is how the J&K police fulfils @PMOIndia promise to remove “dil ki doori & Dilli se doori. It’s outrageous that the J&K administration did not allow the families to conduct a peaceful sit in protest.”

There is still no word from the administration whether bodies may be exhumed or returned to the families. The mainstream coalition, PAGD is set to meet at Dr Farooq Abdullah’s residence on Thursday.