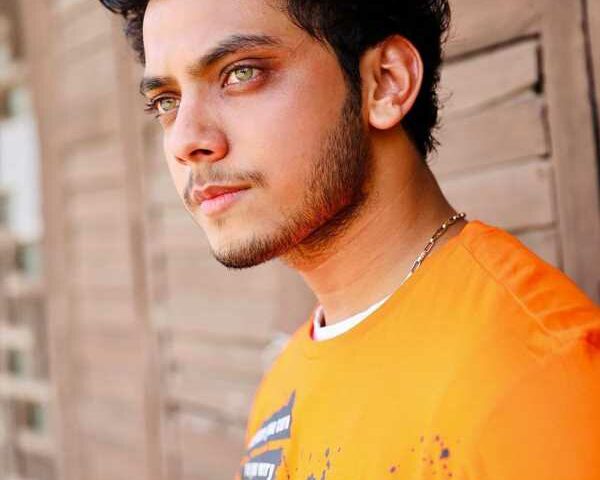 ‘Actors like me heave a sigh of relief if we get work.’

Vishal Jethwa, who gained notice for his ruthless act in Mardaani 2, will be seen in a very different role in Revathi’s Salaam Venky.

After playing a psychopath who is hunted down by Rani Mukerji playing a cop in the 2019 film, the 28-year-old actor plays a terminally ill youth in Salaam Venky with Kajol playing his mother.

“My mom was a house help. I have seen her selling sanitary pads, purses and T-shirts door to door. I have worked as a background dancer. I have battled depression. I perform on the basis of whatever I learned from my childhood.”

You played such a complex character in Mardaani 2 and you have followed it up with an emotionally-charged character in Salaam Venky. What is the motivation behind choosing such characters?

People only choose when they have a lot of opportunities coming their way (laughs).

Actors like me heave a sigh of relief if we get work.

Having said that, I feel my time has just begun. 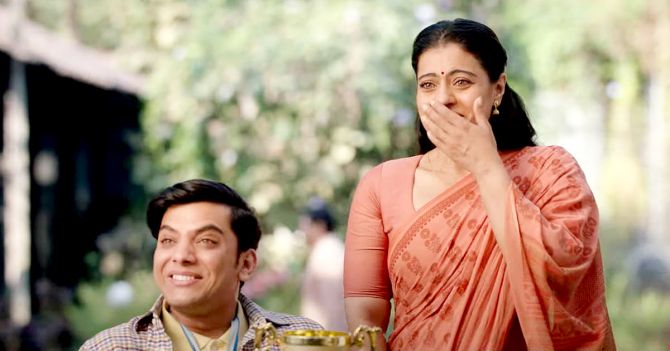 How is doing television different from acting in films?

I would portray whatever I felt from within.

But I got a good schooling when I did Mardaani 2. (Director) Gopi Puthran taught me a lot.

I did a lot of acting workshops where they taught me to get into the skin of the character, the way he thinks and all.

It wouldn’t be wrong to say that it doesn’t work 100 percent because if you don’t know how to perform, you cannot do it.

You will never be able to perform these kinds of roles, especially the intense ones, if you don’t know the craft well.

If you are a method actor like Rani Mukerji and Kajol, you can switch your mind on and off in a jiffy.

If you have great experience in the industry, you can pull it off.

But when it comes to me, I take a lot of things into consideration.

I am a director’s actor.

My experiments have so far been successful, and I really hope they do in the future too. 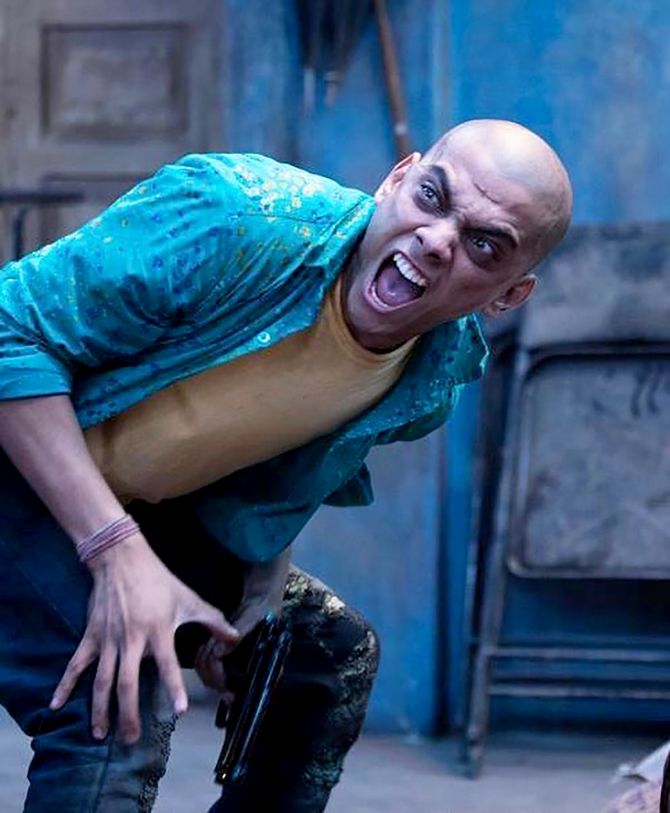 Some films can take a toll on your mental health. Was it difficult to get out of Mardaani 2‘s Sunny, who rapes, tortures and kills young women?

Mardaani 2 did take a toll on my mental health.

I used to carry the emotional baggage of the character home.

I wore the same clothes of my character for three months; I would not wear my normal clothes.

When I finally started wearing my own clothes after the shoot was over, I started feeling uncomfortable.

When I would revisit my old photographs, I would be like, ‘Wow! I really look good.’

I used to miss my old self.

It was my first film, and I was in the dark zone for the very first time.

It does disturb you.

To be asked to lock yourself in a room and think about the character is extremely difficult.

But I always say that you are an actor, and you get paid for what you do.

Also, this is how people remember you.

My friend once told me that if you ever feel like you are working hard in the sun, or you get pissed off, or you are frustrated, ask yourself a simple question: ‘Who asked you to choose this career?’

If the answer is, ‘Yes, it was you,’ then work harder.

Acting is one profession that you cannot force upon anyone.

When you are in school, you can study overnight and pass the exam. But acting is not like that. You cannot excel by mugging. 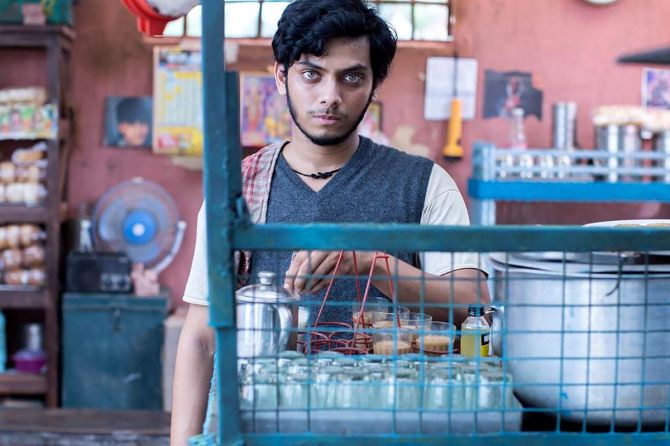 How difficult was that process of being locked in a room and thinking about the character?

It was difficult. What Sunny thinks was part of my workshop.

My director said, ‘Sit for half an hour and tell me what Sunny would think before he goes to sleep at night.’

They asked me to compare my character to that of an animal and asked me to behave like one.

I chose the python because it does not eat its prey in one go. It first strangulates its prey to death and then eats it.

So if you want to become the character, you need to think like it.

If you are experienced things and have observed people, then it comes naturally to you.

I am not boasting, but I have experienced many things at a young age. 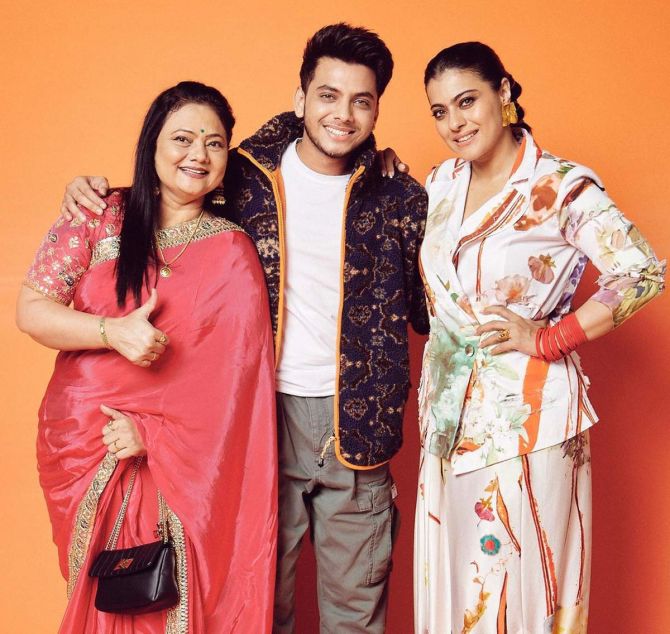 I am 28 years old, and have had my share of ups and downs.

My mom was a house help. She grew up in a poor family.

I am really proud of her. I have seen her selling sanitary pads, purses and T-shirts door to door.

She also worked with machines, and it was the same with my dad.

I have worked as a background dancer.

I cried an ocean of tears when I had no work.

There have been times when I have been home for seven-eight months without work.

I have battled depression.

Only if you are hungry for it will you understand and perform it.

If a person has been eating good food his entire life and has no understanding of what hunger is, how can he perform the role of someone who has not eaten for days?

It is critical for an actor to gain a variety of life experiences. That’s how they can become versatile. 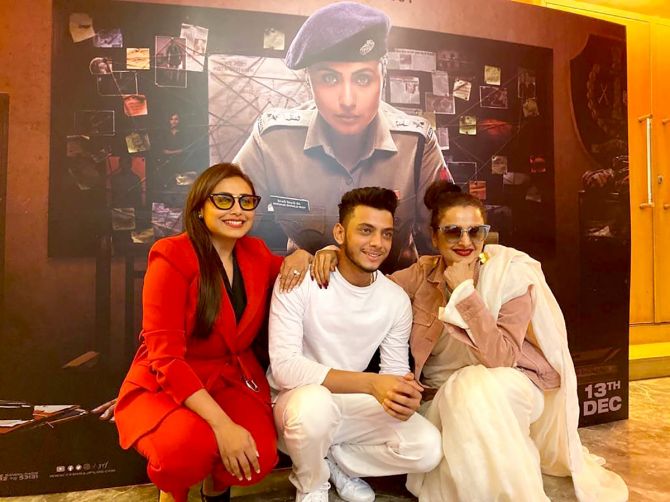 What was your reaction when you were told that you were going to work with Kajol, right after working with Rani Mukerji?

I was very happy. I was like, maybe I am connected to the Mukerji family in some way.

I have only done one single album in my life, and that was with Arko Mukerjee.

I was really surprised and, of course, elated.

When I got the call, I was just informed that it was a confidential film and that Kajol was associated with it, and Revathi ma’am was directing.

Your character in Salaam Venky suffers from Duchenne muscular dystrophy. Did you do any research about the disease before getting into the character?

I had no idea about the disease.

Revathi ma’am had done research on it, and she explained it to me.

She had in-depth knowledge of the character and the film she set out to make.

All I wanted was some basic information about the disease but at the end of the day, that information doesn’t help me in the film.

We are not required to tell or inform others about the disease; I have to perform it.

Ma’am sent me a video that showed how a DND person behaves, how they brush their teeth, what kind of assistance they need, how one is supposed to shift them from a bed to a wheelchair.

It showed at what age their body parts stop working, and most importantly, how they feel.

There are limitations in one’s life when one knows they are only going to live for a few days and that their body parts are failing day by day.

How would one feel if they got to know that they were not going to make it the next morning?

Now, Venky already knows that he is not going to survive after a certain age. This is a dangerous phase, but this is the plan, and you have to go by it. 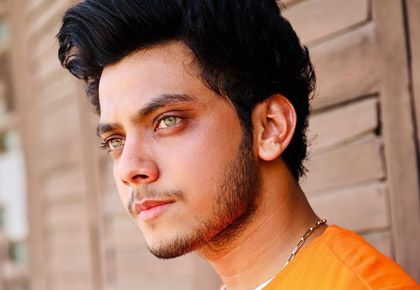