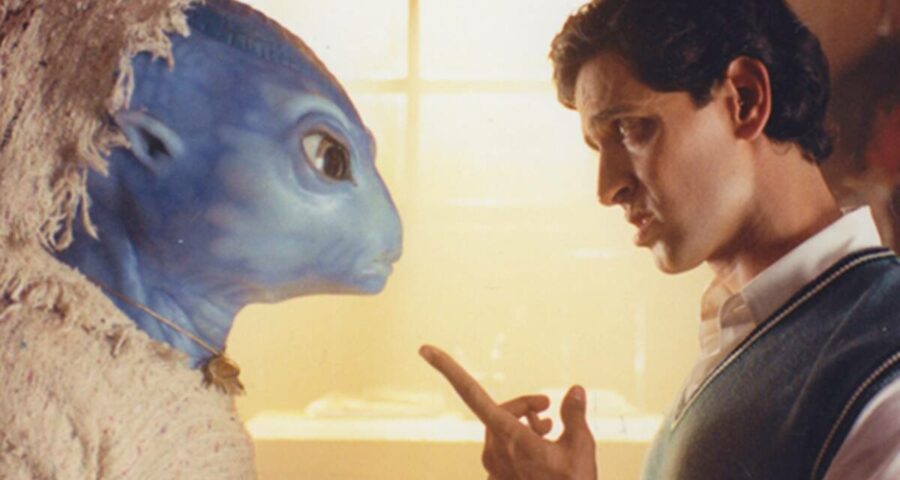 Farah Khan also took to her Instagram handle and shared a video with Hrithik Roshan where the two are shaking a leg on the hook-step of blockbuster song "Ek Pal Ka Jeena." Hrithik Roshan starrer Koi Mil Gaya completed 18 years of release on Sunday. The actor celebrated the occasion in a rather interesting manner. He put the spotlight on the highlight of this sci-fi film – Jaadoo, the alien. And according to Hrithik, it was Jaadoo’s 21st birthday too, because he was 3 when the film released in 2003.

Koi Mil Gaya was Bollywood’s answer to Hollywood films like ET. The Rakesh Roshan directorial, that introduced Bollywood to its first mainstream alien, is important for kicking off one of the most successful superhero franchises in India, that eventually had Krrish and Krrish 3 too.

In an Instagram post, Hithik Roshan posted two screenshots of Jaadoo, including one with himself and wrote, “To the one who filled Rohit’s and personally my life with happiness & magic. He held Rohit’s hand, healed his scars and made him believe in miracles. Jaadoo was merely 3 when he entered Rohit’s life . 18 years have passed by, he turns 21 today. Sometimes , I wonder how he would look like today ! What do you guys think ? Happy birthday Jaadoo ! #HappyBirthdayJaadoo #18YearsOfKoiMilGaya.”

Koi Mil Gaya, also starring Preity Zinta and Rekha, revolved around Rohit, a differently abled boy, who befriends an alien Jaadoo after the latter is left behind a UFO on Earth. In return Jaadoo helps Rohit find his strength. Their eventual camaraderie and the message that friendship goes beyond humanity forms the core of the film. The following films in the franchise showed Rohit’s son Krrish who is born with superhuman powers and saves the world from a bigger villain.

In the meantime, Farah Khan also took to her Instagram handle and shared a video with Hrithik where the two are shaking a leg on the hook-step of blockbuster song “Ek Pal Ka Jeena.” The track from Hrithik’s debut film Kaho Naa Pyaar Hai was choreographed by Farah who went on to receive several awards for the song.

Hrithik will next be seen opposite Deepika Padukone in Siddharth Anand’s Fighter.