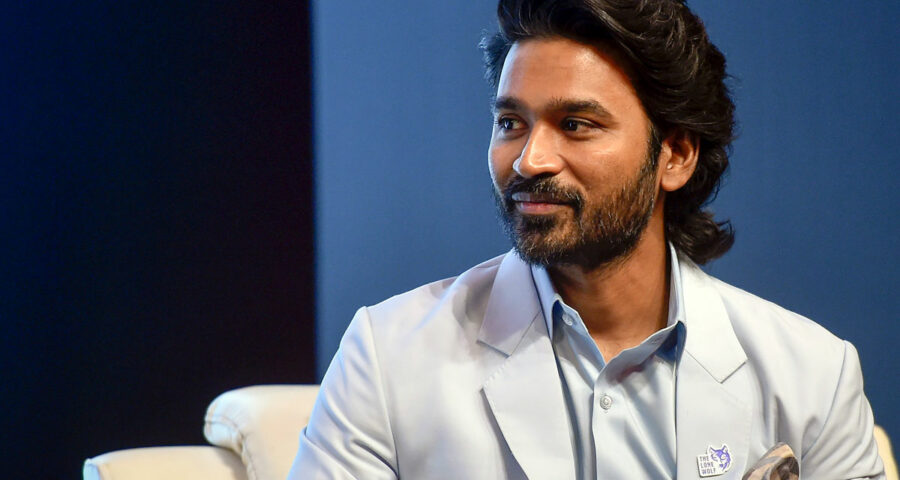 ‘It was Dhanush’s idea to have the meditation beats when we first see him as a character.’
‘So giving him a flavour made him very unique.’

Dhanush‘s international career started with the 2018 film The Extraordinary Journey of the Fakir.

Dhanush, along with Anthony and Joe Russo, addressed the media in Mumbai. Rediff.com Contributor Mohnish Singh listens in.

Which Russo Brothers movies are you a fan of?

If you have kids at home, you will know who the Russos are, right? My kids are big fans of theirs.

We have gone to the theatres to watch their films. It’s amazing to have an opportunity to work with them.

When you go into making a new action film, right after you make two of the biggest superhero films ever, how do you approach action?

Anthony Russo: Well, this movie was an incredible opportunity for us because, look, we have been working in the realm of fantasies and science fiction with the Marvel films and there are different rules to how those universes work.

That’s part of the fun of making those movies; you are dealing with the fantasy realm.

The challenge for us in this movie was going from those movies — where so much was possible, you go to outer space; you can go to another dimension — to dealing with something that resembles our real world.

And, of course, even though the stories are heightened, it still tries to behave according to the laws of physics in a way that is recognisable to us and plausibly real in our world.

So we deal with our different rules and limitations, but limitations are always really good for creativity because it forces you to become inventive within the restrictions of the limitations.

So that was a great throw for Joe and I.

Joe Russo: No capes, no shields in this one.

You know, it’s exciting to us to work with material that has a global scale to it, that allows us to bring in actors like Dhanush from around the world.

We see storytelling as a binding element, something that brings people and communities together.

So we like telling stories that bring as many people in together as possible. That’s a priority for us. 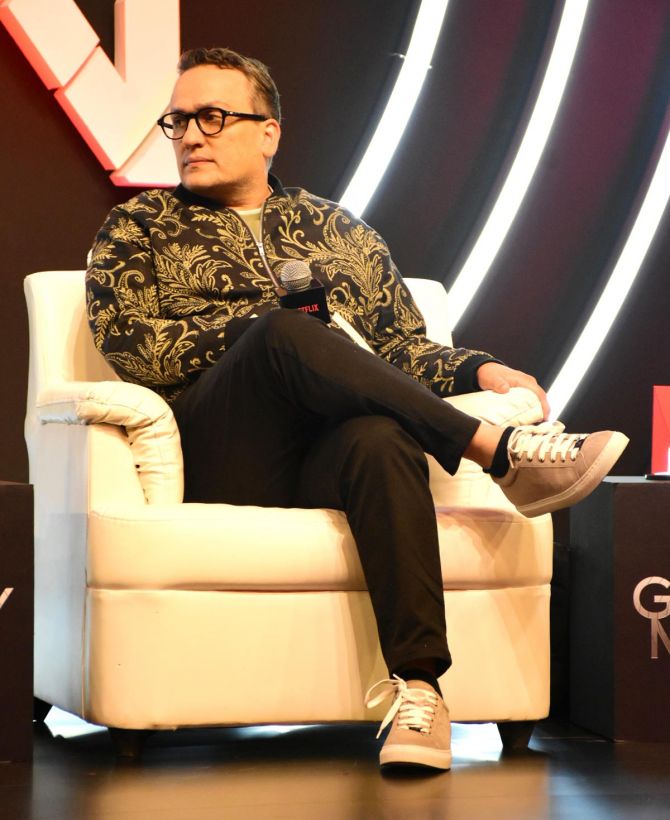 What sold you on doing this film?

Dhanush: The name, the brand, The Russos.

And the character they described, Avik San.

You just have to use the opportunity that was gifted to you and make the most of it.

What was so specific about this story and Mark Greenie’s book that appealed to you? Didn’t it take about nine years to develop?

Joe Russo: Yeah, we first read the book while we were working on Captain America and were looking at a potential follow-up to that movie.

But we didn’t know we were going to make three more Marvel films.

The Gray Man… we love the book because it was so energetic, fun and modern.

We loved the lead character. We loved the idea of the world’s assassins hunting him down.

It gives you a sort of excuse for a global cast. At the end of the day, it’s a parabola of two characters, Ryan Gosling’s and Chris Evans’ characters, that are different sides of the same coin.

One leans towards humanity and the other leans away.

It seems to be a very common theme that we are all struggling with, around the world.

Do we lean towards community in humanity or do we lean away from it, towards individualism and self-preservation? 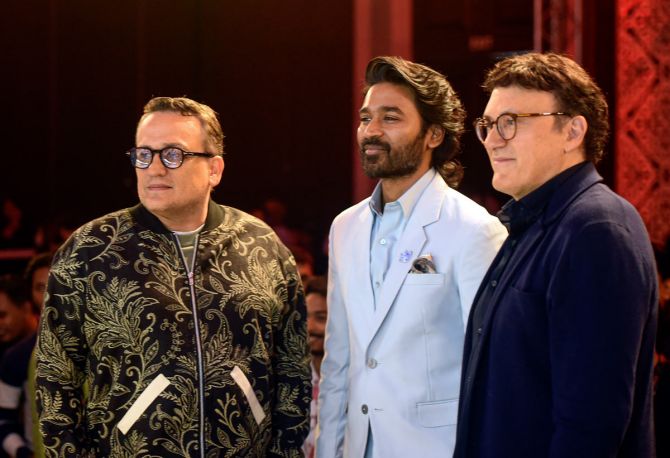 What were your inspirations for this one?

Joe Russo: A lot of films from the ’80s that we loved. Anthony and I are film fans.

We grew up loving movies and you know, the motivation for us to make movies is to try to convey to the audiences the feeling that we had in theatres when we watched movies growing up.

Die Hard, Lethal Weapon… you know, the films that had a sense of humour and didn’t take themselves too seriously but delivered on spectacular action.

They had real stakes and were a lot of fun to watch.

Your character in The Gray Man is the mysterious character of Lone Wolf. Was there a backstory that you worked on?

Dhanush: Yes, the Russos gave me a backstory about what he can be, where he can be from, how he could be.

Joe Russo: Well, we gave him the backstory that he was sexy and he is from Tamil (laughs).

Anthony Russo: A part of the fun is that the three of us may have done more work on the character than you know in the film.

But we hope that we get to tell more stories with this character and we like to keep our options open in terms of where we can go with the character. 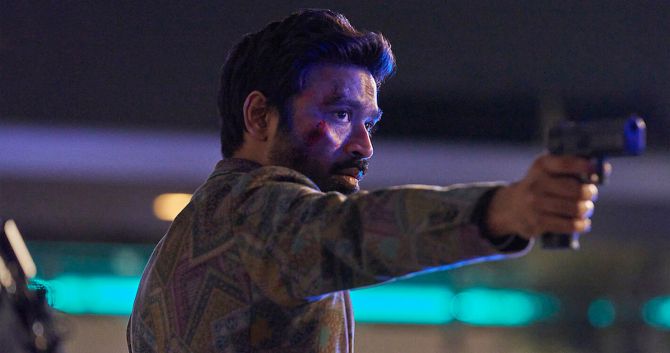 Did this character feel similar to anything you have done before?

Dhanush: Definitely not. That was one of the many things that really excited me about this. I have never done anything like this before.

The stunt training required was absolutely justified to play one of the top assassins from the world, and it was a very new thing for me to do.

Dhanush’s character is this assassin who is ruthless and really good at what he does. But he also has got his code of ethics. He is a hitman with morals. I read somewhere it wasn’t necessarily how it was written originally.

Joe Russo: Yeah, it was a conversation that we had.

I think everyone in the book was a little ruthless and converting it to the screen as Anthony said, you want characters that you can root for.

That’s why it is called The Gray Man.

Everyone operates in this grey area.

Do you lean towards humanity or do you lean away?

His character is being paid to do a job and he is the best in the world.

He beats the gray man and gets what he is supposed to get.

But when he finds out that Chris Evan’s character is so cold, it disturbs him and he realises that he may have taken a job from a person he doesn’t want to work for.

It was Dhanush’s idea to have the meditation beats when we first see him as a character.

So giving him a flavour made him very unique.