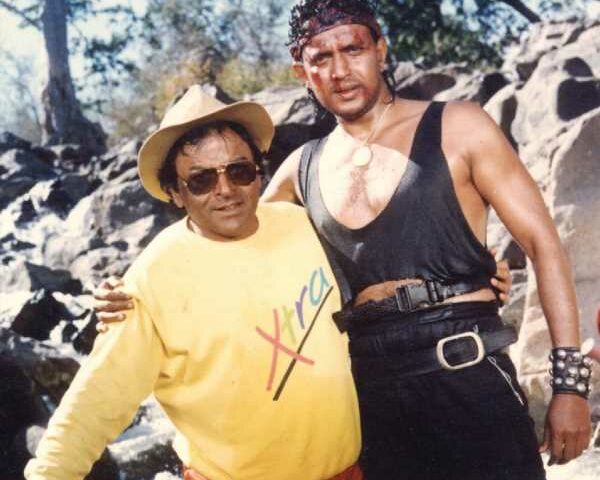 ’40 years later, the world is still singing I Am A Disco Dancer.’

They were the hit jodi of the 1980s — Producer-Director Babbar Subhash and Singer-Composer Bappi Lahiri — who collaborated on over a dozen films, including Taqdeer Ka Badshah, Disco Dancer, Kasam Paida Karnewale Ki, Adventures of Tarzan and Commando.

They immortalised songs like I Am A Disco Dancer, Jimmy Jimmy, Yaad Aa Rahahai Tera Pyaar, Dance Dance and Tarzan my Tarzan.

It was an professional association which turned into a lifelong friendship and ended with the untimely demise of India’s Disco King on February 15.

In a heart-to-heart, B Subhash tells Rediff.com Senior Contributor Roshmila Bhattacharya, “He was always smiling and joking, calm in a crisis, and gave me some of my best songs.”

I met him for the first time in 1978, during the recording of the title track of Taqdeer Ka Badshah, at Mehboob studio in Mumbai.

The idea for Disco Dancer came to me then.

No one had heard the word ‘disco’ before, but I was so confident of the subject that I decided to make the film with an enthusiastic Mithun Chakraborty under my own banner.

Of course, Bappiji had to give the score because he was the only most complete music man I’ve ever known — not just a great composer and singer, but also a brilliant sound engineer. This was a song I had planned for the climax. But after we recorded it, I admitted to Bappiji that I wasn’t getting the feel I wanted.

He sat down on the machine himself, duplicated the vocal track, and with his technical wizardry, gave me a chartbuster.

Whenever Jackie Shroff calls me, he greets me not with a ‘hello’, but with ‘Yaad aa raha hai tera pyaar.’

Interestingly, this song was to be recorded with Kishore Kumar, who had driven down from Juhu (north west Mumbai) to HMV’s studio in Cuffe Parade (south Mumbai).

But the elevator wasn’t working that day and Kishoreda, who had been diagnosed with heart problems, didn’t want to climb up two flights.

Bappiji and I were already in the studio.

He called us down and told Bappiji to record the song in his voice, he would come in a day or two and dub it.

That evening, when I was returning home, I heard the tape in my car.

Bappiji‘s voice sounded so good that I told him I wanted to retain it.

He was surprised and spoke to his Kishore mama who told him to send across the tape.

“I will listen to it and decide,” he told Bappiji.

Once he heard the song, he agreed with me that Bappiji had sung it really well and told him to keep it.

The high tempo, synthesised, electronic song became the disco anthem of the country and the world. 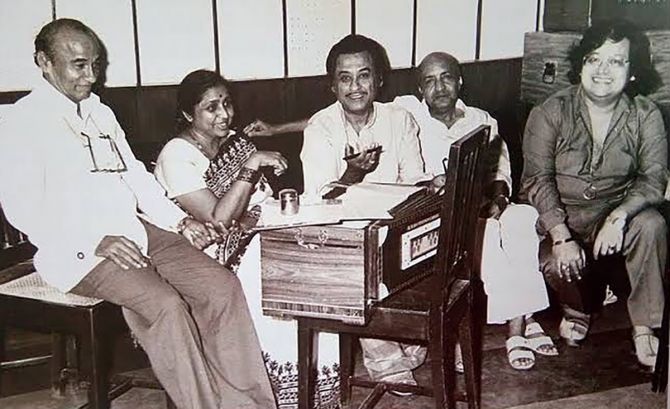 Kishoreda, however, sang another song for our film.

The original song by Bappiji and lyrcist Anjaansaab had not lived up to my expectations.

I had expressed my disappointment when the sitting ended post midnight. But since we couldn’t afford to cancel the recording the next morning because then getting Kishoreda‘s dates would be a problem, I resigned myself to going with what we had.

But I had reckoned without Baapiji and Anjaansaab‘s genius and dedication.

They worked through the night and the next morning presented me with Zara Mudke Mila.

Incidentally, this was the first time Anjaansaab, who was known for his folk songs, was penning disco numbers.

He was very uncomfortable to begin with and after three sittings, asked me to take someone else.

I was insistent he write the songs and to inspire him, I visited a book store in the Fort area (south Mumbai) and picked up a dozen song pamphlets.

I told Bappiji and Anjaansaab that I wanted something along the lines. I also spoken to them about an Osibisa concert I had attended in Mumbai and how the lines ‘Ogya Ee Ogya Eeee, Ogya Ee Ogya Aaa, Aya Aa, Eeeehee‘ in the song Ojah Awake had intrigued me.

I had my title track and we got Vijay Benedict, whose voice I really liked, to sing it.

When we were recording the song, the musicians around us came up with appropriate words for the alphabets ‘D. I. S. C. O.’ at the beginning, when Mithun is urging the audience to dance with him. According to them, D stood for ‘Dance’, I for ‘Item’, S for ‘Singer’, C for ‘Chorus’ and O for ‘Orchestra’.

Together, they added up to Disco. It was the visionary Bappi Lahiri, who brought disco to India and revolutionised the music scene.

After that, almost every film had a disco number.

But 40 years later, the world is still singing I Am A Disco Dancer.

Mithun would come for music sittings and recordings.

I guess it was also the Bong connection, two Royal Bengal tigers together.

While Vinod Benedict sang the title track, I wanted Salma Agha, who was the leading lady, as the female voice.

Salma had Nikaah behind her, whose Dilke Armaan Aansoon Mein Beh Gaye had bagged her the Filmfare Award for Best Playback Singer (Female).

I wanted something very different.

Bappiji gave her the very popular Dance Dance for which he trained her himself.

She also sang another solo, Come Closer, which has been sampled by many hip hop groups in later years, along with a duet with him, Jeena Bhi Kya Hai Jeena. Then, I spotted Alisha Chinai at a show.

I got Dalip Tahil, who was in my film, to introduce us.

I told Bappiji she had a very sensuous voice and I wanted her to sing for Adventures of Tarzan.

He gave her the evergreen Tarzan My Tarzan.

After Adventures Of Tarzan, his family and mine went on a vacation together to the US, UK and Switzerland.

His family was always well dressed even at home and loved gold.

His parents always blessed me.

He last worked with my children in Jhoom: Dance With Me Again, which was directed by my daughter Shweta B Subhash, written by her younger sister Malveika and produced by my son Aaishwarya Babbar. He treated them like his own children and they loved that he was giving the music for their film.

He was always smiling and joking, calm in a crisis, and gave me some of my best songs.

It was an association that lasted for over four decades, rare in an industry where friendships break with success and failure.

We were always together.

Today, I remember him with one of our favourite songs, Yaad aa rahahai, tera pyaar… 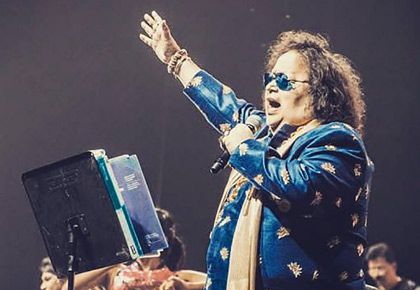