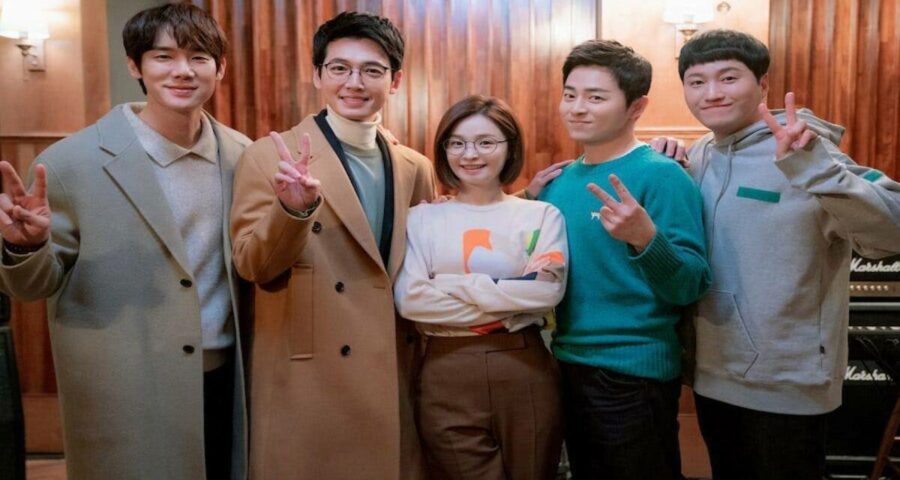 It was another emotional episode of transplants, brewing romances on Hospital Playlist. Thursdays are wholesome for the  Hospital Playlist fans. The show dropped its third episode, which was a heartwarming one, especially for the Ik-jun and Song-hwa fans. The episode begins with Min-ha trying to convince a man that his wife needs surgery for the unborn baby as soon as possible. Yet, he insists that it will be a normal delivery. Yang Seok-hyeong enters the scene and is irritated that the pregnant mother is not ready for surgery. He tells them that she needs surgery immediately.

Another day, another lot of stressful patients for the doctors. Nevertheless, despite a worrying beginning and ending, here are the highlights from the episode.

While enjoying a quiet soup with Ik-jun, Song-hwa tells him about a patient with liver cancer. The patient is a former sailor, who has a son and lives on welfare. However, the patient is adamant that the son will not donate his liver. She is sure that they can help them, especially with financial support. Unfortunately, she is running out of time and needs Ik-Jun’s help. As it turns out, she has been working with the doctor who is Baek Hyeong-do, who is his rival. Putting his jealousy aside, Ik-jun promises to call him, if needed.

He tells Song-hwa that he can do the surgery and calls Hyeong-do. Lee Ik-jun meets the patient and explains to the family the the donor transplant can work, but it is borderline. He reiterates that the son is the only suitable candidate, and it will be be an emergency surgery. The patient is anguished that his son has to undergo surgery because of him and requests Lee Ik-jun to not put him through pain. The surgery turns out to be successful.

Song-hwa is under pressure to date

A patient’s mother introduces her son to Song-hwa, who wants to take her for a coffee. The man tells her a story about a best friend he loved but never revealed his feelings for, and how he felt it was a missed opportunity as they agreed to be friends. He mentioned he still loves her, and feels comfortable around her. He asks Song-hwa if she has a best friend like that, and then Ik-jun enters. Will Song-hwa finally follow her heart and give the fans what they want, and end up with Ik-jun?

Seok-hyeong’s mother wants him to find someone

Parents, sigh. At dinner, Seok-hyeong’s mother asks him if he will ever have a girlfriend. He tells her what most of us tell our parents—he enjoys being single. Of course, it falls on deaf ears and she insists that he should be with someone he loves. Will he finally turn towards Min-ha?

Jeong-wan gets a handsome inheritance

Ahn Jeong-wan is offered land as inheritance by his parents. He tells them that he doesn’t want it and says he already has a loan, which makes his mother angry as she doesn’t want him to be in debt.

The episode ends on a worrying note, as a Jun-wan cannot get through to Ik-Sun. When he finally does, a man answers it and we learn that Ik-Sun has been in a car accident. Well, we will see what next week holds for us and the doctors.