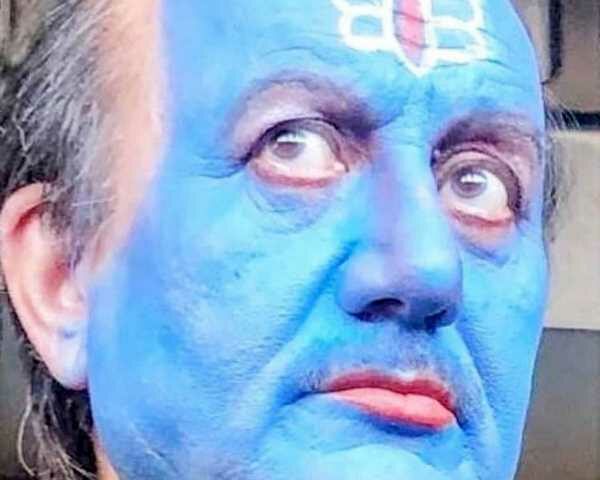 ‘Depicting the genocide of 3 lakh #KashmiriHindus cannot be called vulgar.’

In his speech at the closing ceremony of IFFI 2022, Lapid said he was ‘disturbed and shocked’ to see the film being screened at the film festival.

‘All of us were disturbed and shocked by the movie The Kashmir Files. It felt to us like a propaganda and vulgar movie that was inappropriate for an artistic and competitive section of such a prestigious film festival.

‘I feel comfortable to openly share this feeling with you since the spirit of the festival can truly accept critical discussion which is essential for art and life,’ Lapid said.

The Kashmir Files, which released in theatres on March 11, was part of the Indian Panorama Section at IFFI and was screened on November 22.

Written and directed by Vivek Agnihotri, the film depicts the exodus of Kashmiri Hindus from Kashmir following the killings of people from the community by Pakistan-backed terrorists. Anupam Kher, who stars in the film, shared a picture from the film along with pictures from Steven Spielberg’s Schindler’s List and wrote, ‘झूट का क़द कितना भी ऊँचा क्यों ना हो.. सत्य के मुक़ाबले में हमेशा छोटा ही होता है.. (No matter how high the height of the lie is.. It is always small in comparison to the truth).’

The film’s director Vivek Agnihotri shared a cryptic note: ‘GM. Truth is the most dangerous thing. It can make people lie. #CreativeConsciousness.’

Members of the film fraternity also posted their comments of the IFFI row:

Ranvir Shorey: The singling out of a film and the language used to describe it is completely unbecoming of a film jury or critic. It reeks of politics. Cinema has always been the harbinger of truth & change, not an agent to stifle or snuff it. Shameful display of political opportunism at #IFFI.

Ashoke Pandit: Dear @ianuragthakurji. I as a #KashmiriPandit & who is a victim of genocide seek a serious action against Mr #NadavLapid Jury head of IFFI 2022 for calling the depiction of our tragedy as vulgar . Hs hs added salt to our wounds, hence should be made to tender a apology. #KashmirFiles

‘I take strong objection to the language used by Mr Nadav Lapid for #kashmirFiles. Depicting the genocide of 3 lakh #KashmiriHindus cannot be called vulgar. I as a film-maker & a #KashmiriPandit condemn this shameless act of abuse towards victims of terrorism.

‘#Israeli film-maker #NadavLapid has made a mockery of India’s fight against terrorism by calling #KashmirFiles a vulgar film. He has insulted 7 lac #KashmiriPandits under the nose of the #BJP govt. Its a big blow to #IFFIGoa2022 ‘s credibility. Shame.

‘#NadavLapid’s selection as the jury head of #IFFI53Goa is a major lapse on behalf of I&B ministry. Hence, heads of those in the ministry, who are responsible for this crime, should roll. What does one expect from a Palestine sympathiser?!’

Israel’s Ambassador to India Naor Gilon wrote an open letter to #NadavLapid following his criticism of #KashmirFiles: It’s not in Hebrew because I wanted our Indian brothers and sisters to be able to understand. It is also relatively long so I’ll give you the bottom line first. YOU SHOULD BE ASHAMED. Here’s why:

1. In Indian culture they say that a guest is like God. You have abused in the worst way the Indian invitation to chair the panel of judges at @IFFIGoa as well as the trust, respect and warm hospitality they have bestowed on you.

2. Our Indian friends brought @lioraz and @issacharoff from @FaudaOfficial in order to celebrate the love in #India towards #Fauda and #Israel. I suspect that this is maybe also one of the reasons they invited you as an Israeli and me as the ambassador of Israel.

I understand your need in retrospect to “justify” your behavior but I can’t understand why you told @ynetnews afterwards that the minister and I said on stage that there is similarity between our countries because “we fight a similar enemy and reside in a bad neighborhood”.

We did speak about the similarities and closeness between our countries. The minister spoke about his visits to Israel, it being a Hi-Tech nation and the potential of combining this with the film industry. I spoke about the fact that we grew up watching Indian films.

I also said that we should be humble when India, with such a great film culture, is consuming Israeli content (Fauda and more).

3. I’m no film expert but I do know that it’s insensitive and presumptuous to speak about historic events before deeply studying them and which are an open wound in India because many of the involved are still around and still paying a price.

4. As a son of a holocaust survivor, I was extremely hurt to see reactions in India to you that are doubting Schindler’s List, the Holocaust and worse. I unequivocally condemn such statements. There is no justification. It does show the sensitivity of the Kashmir issue here.

5. From your interview to Ynet the connection you make between your criticism of #KashmirFiles and your dislike to what is happening in Israeli politics was quite evident.

My suggestion. As you vocally did in the past, feel free to use the liberty to sound your criticism of what you dislike in Israel but no need to reflect your frustration on other countries. I’m not sure that you have enough factual basis to make such comparisons. I know I don’t.

6. You will go back to Israel thinking that you are bold and “made a statement”. We, the representatives of Israel, would stay here. You should see our DM boxes following your “bravery” and what implications it may have on the team under my responsibility.

The friendship between the people and the states of India and Israel is very strong and will survive the damage you have inflicted. As a human being I feel ashamed and want to apologize to our hosts for the bad manner in which we repaid them for their generosity and friendship.

Director Sudipto Sen, who was part of the IFFI jury, has distanced himself and other members from Lapid’s statement: ‘Whatever has been said by IFFI 2022 Jury Chairman Mr Nadav Lapid about the film Kashmir Files, from the stage of closing ceremony of 53rd IFFI was completely his personal opinion.’

He said he and other jury members like Spanish documentary film-maker Javier Angulo Barturen and French film editor Pascale Chavance ‘never mentioned anything about our likes or dislikes’.

Comments by Lapid were made in his ‘personal capacity’, he stressed.

‘As juror, we are assigned to judge the technical, aesthetic quality and socio-cultural relevance of a film. We don’t indulge in any kind of political comments on any film and if it is done, it is completely in personal capacity – nothing to do with the esteemed jury board,’ he added.

Shiv Sena MP Priyanka Chaturvedi posted, ‘A sensitive issue of justice for Kashmiri Pandits was sacrificed at the altar of propaganda. This is a must listen segment at the #IFFIGoa2022.’

Swara Bhasker, known for being unabashedly vocal about her opinions, shared a link to the news story about Lapid’s remarks and captioned it, ‘Apparently it’s pretty clear to the world.’

With inputs from PTI. 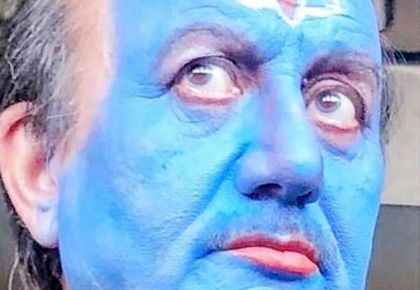