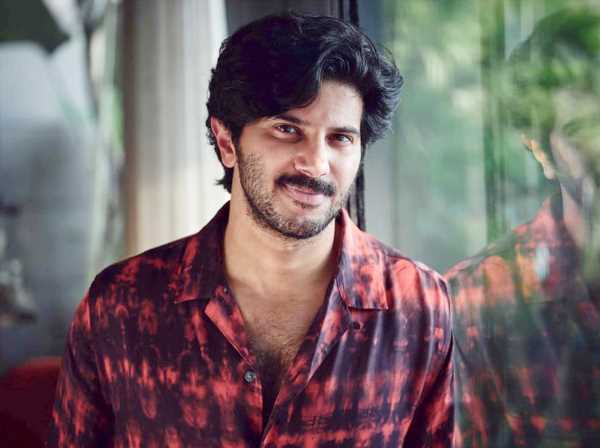 ‘I am that person who will ignore hundred good things that are said about me and focus on those three bad things.’

“Sunny Deol on screen is this loud and angry person. But in real life, he is the sweetest, quietest, most soft-spoken person you will ever meet, with a lovely aura and energy. Pooja ma’am is a complete riot. She throws out all of these amazing magical titbits that come out of her mouth. You can like randomly pick those and think about them. She gets your brain working,” Dulquer tells Rediff.com Contributor Mohnish Singh.

Do you remember reading a really bad review about any of your films?

I have been getting this question a lot.

I don’t remember. I am blanking out or maybe it’s not something to dwell on.

But I don’t think critics have been very off about my films.

Also, I am an actor who is always finding out what I have done wrong because I have a lot more faith in my film-makers and my writers than I have in myself as an actor.

So even when reading reviews, I am always like, ‘Where did I fail myself? How can I improve? Where did I get the character wrong?’

But about the film critics, they can do personal attacks, they can have a personal agenda, they can insult you personally but I don’t think they can ever tell us something about our films that we don’t already know.

I genuinely believe when we go out to make a film, all of us go in with a particular film in our head.

You hear a script like you read a book, and you have a film going in your head.

In the same way, when I read a script, I have a film going in my head and I hope that the film-maker is also watching the same film in his head.

If it does not match, there is something wrong. How much do you think reviews and film critics are relevant in these times, especially when you have social media where everybody is a critic?

I think they should be more relevant now because, as you said, everybody with a phone is a film critic and films are the easiest art form to criticise because you don’t need to go to film appreciation class or something to learn that.

It is so easy to consume. It’s a visual and audio medium.

But if you tell the same people with these mobile phones to review a painting or poetry, they won’t be able to do it. Even I find it difficult to understand. It takes a study of it to understand.

That’s why it is even more important now for our reviewers and critics to give genuine reviews, balanced reviews and with a love for cinema, with a certain kindness, in order to help us all improve and be a part of better cinema.

See, a viewer can have personal issues.

Somebody can dislike me as an actor for whatever reasons.

Or maybe he thinks that there are other better actors who can do this film.

He might dislike every film that I do, but that does not mean my film deserves hate because 300-400 people worked on that film.

Do you read reviews and follow box office numbers?

But I am that person who will ignore hundred good things that are said about me and focus on those three bad things.

My whole family knows this about me.

After release, if I am walking around the house with a withered face, they will be like, ‘What did you read? Stop reading.’

I think I derive some kind of drive from it.

I think if people kept praising me, I would probably think I am amazing at what I do.

I think those critics and haters drive me to push myself as an actor, push myself to do a different kind of cinema. Tell us something about your Chup co-stars, Sunny Deol, Pooja Bhatt and Shreya Dhanwanthary. How was it to work with them?

If you have been seeing us during our promotions, you know it is a riot. We are having so much fun.

I have been a huge fan of Sunny Deol and Pooja ma’am.

Growing up, I have seen them on the big screen, so I definitely am one of those kids who is star-struck whenever I see any of my childhood actors in person.

I think it is difficult for me to disconnect whatever image I have in my head of them.

But they are so warm and so accommodating. They welcomed me.

They have given me so much space and encouragement, and made me feel very secure.

Was it initially intimidating to work with them?

Nobody is intimidating. They genuinely loved me.

They are all immensely talented. Each person has a different personality.

Sunny Deol on screen is this loud and angry person. But in real life, he is the sweetest, quietest, most soft-spoken person you will ever meet, with a lovely aura and energy.

I am very excited for you all to see what he has done in the film. He is so secure.

I feel he wants to do better and better work and be a part of good cinema.

Pooja ma’am is a complete riot.

She brings so much energy. She is so well-read and well-spoken and you keep listening to her speak.

She throws out all of these amazing magical titbits that come out of her mouth. You can like randomly pick those and think about them. She gets your brain working.

Shreya is a young, super intelligent, super talented girl I am glad to have worked with.