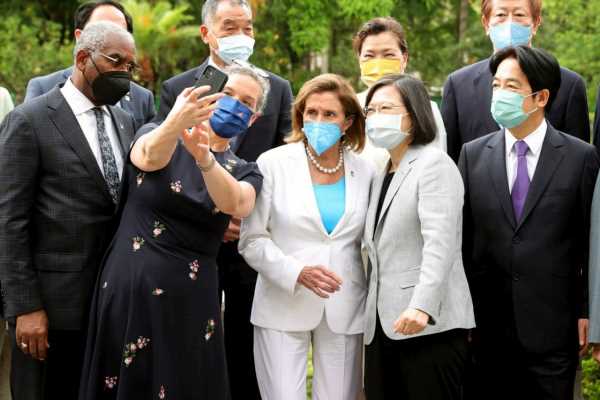 The White House has defended President Joe Biden’s remarks that the American military would defend Taiwan in the event of a Chinese invasion, saying he was answering a “hypothetical question” that was not a reflection of any change in the ‘One China’ policy of the United States.

In an interview with CBS‘ 60 Minutes that aired Sunday, Biden reiterated a previous pledge to defend Taiwan in the event of an invasion.

The comments marked yet another instance of the President appearing to venture beyond the United States’ longstanding policy of “strategic ambiguity” on the issue, the CNN said.

Under the “One China” policy, the US acknowledges China’s position that Taiwan is part of China, but has never officially recognised the Communist Party’s claim to the self-governing island of 23 million.

“The President has reiterated those basic commitments on every occasion that he’s talked about Taiwan, including in this interview where he specifically and emphatically and unequivocally reinforced and reiterated the One China policy,” Sullivan said in response to a question on Biden’s recent interview.

When the President of the United States wants to announce a policy change, he will do so. He has not done so, Sullivan said.

Biden, he said, is a straightforward person.

“He answered a hypothetical. He’s answered it before in a similar way. And he has also been clear that he has not changed US policy towards Taiwan,” Sullivan said.

“He stands behind the historic US policy towards Taiwan that has existed through Democratic and Republican administrations and has helped keep peace and stability across the Taiwan Strait for decades,” he asserted.

Meanwhile, in an interview to CBS News, US Ambassador to the UN, Linda Thomas-Greenfield, said the US will continue to engage with the Chinese in the Security Council.

“But what Beijing should understand from the President’s statement, we’ve not had a change of policy. We still support the One China policy, but we also have been clear in terms of our defence of Taiwan’s right to exist, and the President was clear on 60 Minutes in his statement on Sunday,” she asserted.

Hours after Biden’s remarks, China on Monday made it clear to Washington that it will not tolerate any activities aimed at splitting the country and will take “necessary measures” to protect its sovereignty.