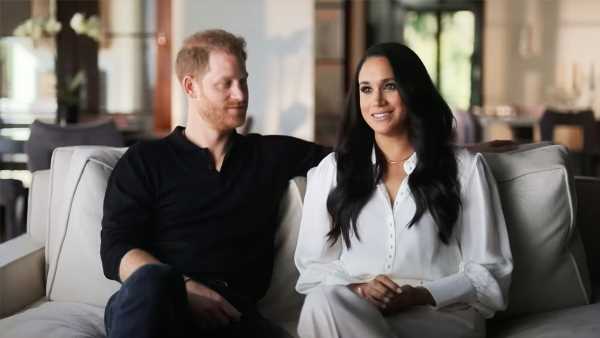 There is something very compelling about the story Harry and Meghan have been telling through the first three parts of this limited series, observes Vaihayasi Pande Daniel.

When Harry and Meghan were getting married in 2018, I gifted a pre-wedding souvenir — a fridge magnet with a pic of the future couple on it — to two fellow avid royal watchers.

The magnet was angrily returned to me a few days after Prince Harry announced his decision to step back from being a member of the senior royals on January 8, 2020 and his exit from Britain, not many weeks before COVID-19 exploded across the world.

The comment accompanying the magnet return was something to the effect that Harry was no longer a Windsor of any standing and that a true-blue royal family watcher would not like to have his pic in their home anymore.

I can’t say I disagreed.

After the manner in which Meghan and Harry turned their backs on England and their family and disappeared to America, it was hard not to feel a certain amount of disapproval as a keen royal observer.

As descendants of freedom fighters and as Indians who have been lucky to have the British booted out of India after 200 years or so of misrule, you aren’t really supposed to have this interest in the English royals. And what is the British monarchial family — royal detractors always ask — but parasites that feed off UK taxpayer money and their grandfathers, grandmothers, great grandfathers and great grandmothers got rich at India’s expense.

Yet, it’s hard to kill the deep and inexplicable fascination one has for the Windsor family (and not other celebrities).

I don’t know its reasons.

Maybe it is because again, as Indians, who are deeply involved in our own personal families and our own legacy of royal families belonging to 550 plus princely states, watching other families and other royals is intriguing.

Although I didn’t throw away the fridge magnet returned to me in 2020, it was mighty irritating to follow the collision course Meghan and Harry were on then.

The interview with Oprah a little later was unwatchable.

The stand the couple took was not tenable and any respect I had for Harry choosing to marry an unusual partner like Meghan vanished very quickly. So did the awe with which one had watched Prince Charles walk Meghan to the altar to Harry in May 2018 and witnessed history correcting itself, as the British royal family gained its first part-black member and, mind you, those were pre-Rishi Sunak days.

The Brits have now probably gotten used to getting up in the morning and reading in the papers how British history is correcting itself.

Post three episodes of Netflix’s Harry & Meghan, I am wondering if I should dust off that magnet and bring it back onto my fridge, if not on anyone else’s.

There is something very compelling about the story Harry and Meghan have been telling through the first three parts of this limited series, if you ignore the irritatingly sombre music and the sometimes too severe anti-media propaganda.

Several issues that have been methodically approached as mini plots in the series, find a lot of sympathy within you:

It’s touching, and she does it very classily.

This footage makes you realise how hard it was for two little children, who at that point in time had only been born into a royal family, and not yet opted to choose a royal life, grew up in a rather cruel fishbowl with giant long lenses often poked very close to their noses.

It brought home once again how Diana — who definitely liked being in the limelight, thrived in world adulation and loved her role as people’s princess — was so mercilessly and savagely stalked and hounded by the paparazzi till the day she died, after a crash at Pont de l’Alma, Paris, at 36, on their watch.

2. Or like watching how a tender 15 year old and soft-cheeked 12 year old had to cope with the sudden death of a much loved mother without crying in public and putting on smiles for the mourners they went out to meet.

When I re-examine Harry’s numb face as a 12 year old, all those years later, I am, with even more compassion, able to realise the depth of his pain and wonder at the life-long scars.

3. Like hearing Harry and Meghan both in a bittersweet conversation — carefully faulting none of their parents — on growing up in divorced homes and the pass-the-parcel existence they often coped with.

4. Or like listening to Meghan put across so clearly what it is to be biracial ie belonging nowhere and also belonging everywhere.

She is totally correct — no one gets what it is to be biracial or multiracial.

5. Like when Harry explained in an enlightened manner, with undeniable wisdom, about his struggles with his own biases, particularly unconscious bias.

I have always believed that any person who says he/she doesn’t have biases is not being honest. Harry underlined that when he speaks about how one’s life is a journey to learn how to grow out of the layers of bias within us.

It’s sort of human to like fame, even two minutes of it.

But Harry and Meghan very graphically shine the spotlight on the dark side of celebrity existence, and what it is to be brutally hunted down by cameras, a bit like a cockroach hiding from a spray of Hit.

Harry felt because of her half-white background, her actor persona, her American-ness, Meghan was put through the paparazzi wringer far more than other newcomers to The Firm or even those who are part of the clan by blood.

That’s perhaps debatable — none had it as difficult as his mother — but maybe it’s understood that he meant after his mom because he speaks about not wanting history to be repeated.

The grey area — amplified by the fact that Harry and Meghan use the the same medium of the media to try to set the facts right — is when you choose a public life, you can’t turn on and off the limelight like it’s a tap and there is no choice but to embrace the good, the bad and the ugly.

But four or five minutes are devoted to the relationship the royal family has with the media and how the family needs the media.

The docuseries is not a monologue of Meghan and Harry talking about themselves.

It has been carefully and cleverly constructed to include past clips, parallel footage of what it was like for other new royals.

More interesting is the series of talking heads whose voices are interspersed right through — sociologists and historians, who write on race, Britian’s black burden post its empire days, former palace aides, friends, fellow actors and producers, bodyguards and more.

They provide fresh perspectives, especially on black history, the reason the Commonwealth endures and royal life that one was not at all aware of.

The series is also packed with a whole load of cute or funny moments.

Slices of Meghan and Harry’s much more relaxed private Californian life with their children — a precocious Archie’s voice can often be heard.

There are sweet clips of the Harry Meghan Love Story and the often hilarious disguises they resorted to, to be able to take their relationship forward.

Meghan talks frankly about her first interactions with Harry’s family and how she was caught off guard at the level of formality that existed even behind closed doors. She demonstrates, hilariously, the very first over-dramatic curtsy she gave the queen.

We might take Harry to be a sissy to have given up his family, his country and his duties to follow Meghan back to California to live her life. He states in the docuseries that he only returned what she willingly did for him — give up her country, her career, her family — to come to the UK, even if it all blew up and came to naught.

Every wife who has had difficult, nightmarish in laws or a tough environment to get adjusted to, post marriage, might want to kiss Harry on the cheek for saying that he had to finally stand up for Meghan.

Till now, it’s somewhat more Meghan’s story than Harry’s. Harry’s story, as it is being revealed, little by little, is more unusual and engaging.

The aim is to straighten out the ‘facts’.

There also aren’t any naysayers about and it would have been interesting to have heard from the people who were more ambivalent — ie not necessarily on Meghan’s side — about how the situation unfolded.

No fingers are pointed at Prince William or Kate or Prince Charles (now King Charles III) but the juxtapositioning of footage often makes a not-so-subtle point.

And well obviously their side (Charles, William and the queen’s) of the story will not be heard because I doubt the palace will ever again repeat the his-story-to-Jonathan-Dimbleby-and-her-story-to-Martin-Bashir television episode ever again. So it’s only Harry and Meghan’s tale out there.

We are only midway through this limited series and a final take on what Harry and Meghan have achieved can only be determined after the next three episodes.

But I am certainly looking forward to what they bring to the table. 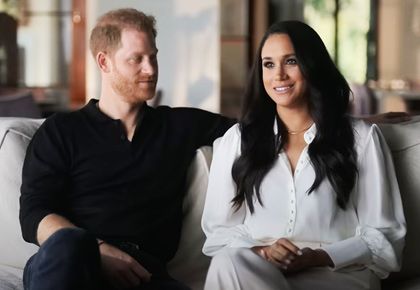