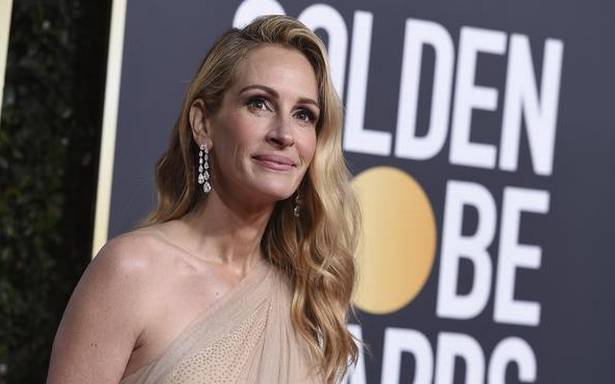 Several other details are still being worked out for the Feb. 28 ceremony, which is the first major award show in the lead-up tothe Oscars

The Golden Globes ceremony at the end of February will take place from both Los Angeles and New York, organizers said on Tuesday, and those nominated fortheir work in film and television will take part from locations around the world.

The changes are prompted by the coronavirus pandemic, which has ruled out the usual glitzy seated dinner for A-list celebrities at the Beverly Hilton Hotel in Beverly Hills.

Instead, comedian Tina Fey will broadcast live on NBC television from the Rainbow Room in New York, while co-host Amy Poehler will be inside the Beverly Hilton.

Other details are still being worked out for the Feb. 28 ceremony, which is the first major award show in the lead-up tothe Oscars.

Nominations for the Golden Globes, organized by the Hollywood Foreign Press Association, will be announced onWednesday.

The pandemic has forced big changes to the way award showsare produced and televised in recent months. The Emmy Awards last September had dozens of nominees appearing from remote locations, while other shows have featured a mixture ofpre-recorded and live performances.

The pandemic also pushed the Golden Globes and the Oscars ceremonies back a couple of months. The Golden Globes were delayed from their usual early January spot, while the Academy Awards will now take place on April 25 rather than the usual late February or early March date