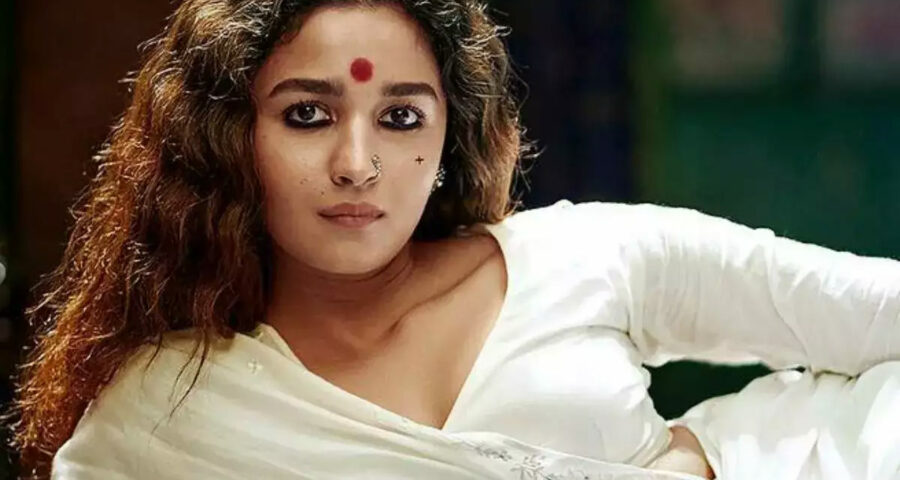 Something in Alia has surely changed after Gangubai.
Her entire performance is about proving to herself and not to the world what she can do, feels Sukanya Verma.

Next, the horrified adolescent’s mouth is stuffed in cotton and her nose is violently, forcefully pierced.

As the screen zooms into her bloody face, she seems to grow up with every passing second but her cries drown out in the hustle bustle of the tawdry flesh bazaar.

This is not the first time Kamathipura’s apathy has masked its arm-twisting tactics pushing unwilling girls into prostitution.

But Gangubai Kathiawadi will make it her life’s mission to ensure it is the last.

Based on the chapter, The Matriarch of Kamathipura from S Hussain Zaidi and Jane Borges’s non-fiction bestseller Mafia Queens of Mumbai, Sanjay Leela Bhansali’s latest extravaganza is about a woman who rose in ranks of Mumbai’s notorious red-light neighbourhood and went on to crusade for the sex worker community’s rights in the 1950s and 1960s.

Though it’s just four chapters, there is abundant pluck and drama in Gangubai’s (Alia Bhatt) story, apocryphal bits et al, and Bhansali celebrates her triumph as well as the source’s made-for-movie virtues in his true trademark style.

No character is all black or white, but Bhansali (despite opting for monochrome opening and closing credits) acknowledges only the pristine.

Ever the apostle of old school, he creates a Raj Kapoor reminiscent dazzle around his white-clad heroine. Though unlike the Ganga of Ram Teri Ganga Maili, Gangubai doesn’t need a man to validate her.

She may see her own tragic past in the afore-mentioned girl’s unfortunate experiences, but Gangubai refuses to feel sorry for herself.

Instead of cutting a sorrowful picture, she spits fire and constructively uses her shrewd business sense and a skewed moral one to her advantage. The second she changes her name from Ganga to Gangubai, she voluntarily cuts off all ties from the past.

But when she does reconnect, it’s a moment of volatile vulnerability and one of the best scenes in the film.

What is refreshing to me is Bhansali’s penchant for prettiness makes room for starkness this time round.

There are frames and frames shot by ace Cinematographer Sudeep Chatterjee of meticulously composed streetwalkers posing against distressed walls of a disrupted chowk or ramshackle gullies lit up by rows of women holding a white candle. Even a deceptively simple shot of women surveying Gangubai when she first sets foot inside a brothel feels like a swarm of eyes scanning her to the point of claustrophobia.

Shyam Benegal’s satirical Mandi, belonged to a similar world, but Bhansali’s worldview borders on the mythical.

Where his Gangubai is a dewy-faced, do-gooder Devi and Dev Anand fan with tulsi growing in her backyard smoking beedis, glugging alcohol, bootlegging in the prohibition era and piling herself in gold, her adversaries — all brothel madams Sheetal (Seema Pahwa), Rashmi (Chhaya Kadam) and Razia (Vijay Raaz) are ghoulish witches she must overpower to run the show.

Her gothic vibe as well as Chhaya Kadam’s is a creepy, cool touch and blends well with the movie’s brassy tone.

But none as fierce as Razia — the cutthroat transwoman standing against Gangubai in the local gharwali (kind of like the Queen of Kamathipura) elections.

And Vijay Raaz is fearsome as the ruthless source of her rival’s anxiety.

As well as the ones between her and the charismatic city godfather Karim Lala (an extended cameo by Ajay Devgn back in feminist mode with a lot more restraint than Lajja).

Unlike most other things spelled out in the movie, Gangubai realising the power of sunglasses and subconsciously aping Lala is a nice touch.

It’s only when producer, director, writer, editor, composer Bhansali’s love for indulgences kicks in and Gangubai slips into neta mode over a series of self-congratulatory speeches, standing ovations, celebration rallies and an awkward meeting with Jawaharlal Nehru (a nervous looking Rahul Vora portraying Pandit Nehru like he was at a job interview), things slacken up a little.

The book didn’t have the Razia or Afsan characters.

One notes far more spunk and sisterhood in the brothel occupants, among whom Indira Tiwari is most conspicuous, culminating in a lovely letter of regrets collectively penned by the girls to a parent they’ll never meet.

This is Alia Bhatt’s show though, one hundred percent. Like all of Bhansali’s Gujju girls, Nandini and Leela, Gangubai is a livewire, a fountain of passionate impulses.

Alia looks like Nanda in Prem Rog, but there is Amitabh Bachchan’s swagger in her head-on attitude and Rekha’s oomph in her saucy seduction.

It’s a consciously showy performance, very theatrical of a woman coming into her own from an unlikely background at an unlikely age in an unlikely era.

Every time she says ‘Arre Raja‘, a surprising, motherly instinct escapes her.

She uses her voice and eyes like never before.

I never considered Alia much of a dancer but her feverish energy in Dholida transcends the screen.

Living an inglorious life on her own terms, refusing to let anyone see through her pain and loneliness, exhibiting effrontery and maturity as a defence mechanism, her emotions are visible in fits and bursts.

She feels in control only when she is pushing the envelope and herself out of her comfort zone.

Working on a movie so intensely can transform an actor.

Something in Alia has surely changed after Gangubai.

Her entire performance is about proving to herself and not to the world what she can do. And there can be no better artistic evolution than that. 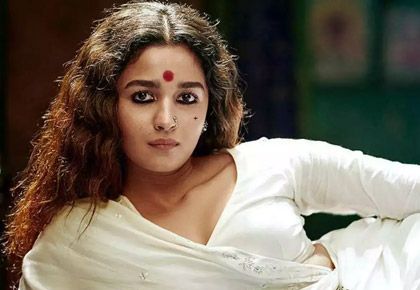