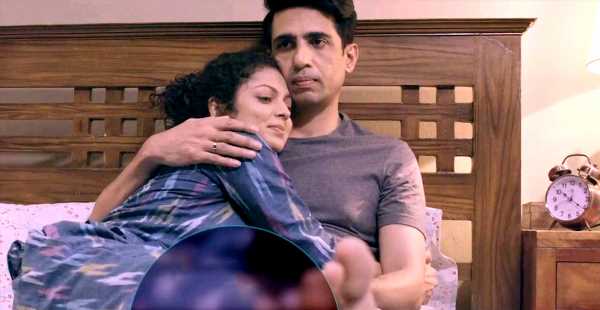 Duranga, directed by Pradeep Sarkar and Aijaz Khan, is the Indian adaptation of the popular Korean drama series, Flower of Evil.

The show revolves around a seemingly happy couple but there’s more to their story than what meets the eye.

Sammit is an artist who stays at home, loves to cook and mostly takes care of their daughter.

On the surface, this little family comes across as perfect.

But their lives turn upside down when Ira starts investigating a series of murders that took place 14 years ago.

Turns out, Sammit has a dual personality.

He’s not just a good husband and a father, but a very good liar as well.

He has succeeded in deceiving everyone by keeping his real identity a secret and is living as someone else.

But the question is: How long before Ira catches up with his past and all the lies?

I haven’t watched Flower of Evil, but Duranga definitely doesn’t disappoint when it comes delivering the right doses of drama and suspense.

The makers dive into the story right away and you instantly know something is off with Sammit as he keeps watching YouTube videos to learn how to smile and be social.

But it’s hard to pinpoint what exactly is wrong with him.

As the story progresses, you get to know about his dangerous past and the fact that Sammit’s real name is Abhishek Banne. He is the son of a serial killer.

From the very first episode, Duranga commands your attention and keeps you glued to the screen.

The narrative is gripping and fast-paced, which works well for the show.

Plus, each episode has a run-time of 30 minutes.

Since the story unfolds in three different timelines, it does get boring in between, but Drashti Dhami and Gulshan Devaiah make up for it with their fine performances.

As Ira Jaykar Patel, Drashti is impressive. But her chemistry with Gulshan could have been better.

Gulshan is a delight to watch.

His character isn’t too expressive and yet, Gulshan shines with his performance.

He lets you into his world, makes you curious, but does not reveal too much.

He’s one of the most under-rated actors in the industry and it’s a shame that we don’t get to see him on screen as often as we would like.

The rest of the cast lend good support to the story.

Duranga ends on a cliffhanger, but the BIG secret is out by then and yes, it’s a predictable one.

Having said that, I am looking forward to the second season to see how the makers take the story forward.

Amit Sadh is introduced in the show, and I am excited to see what he brings to the table. 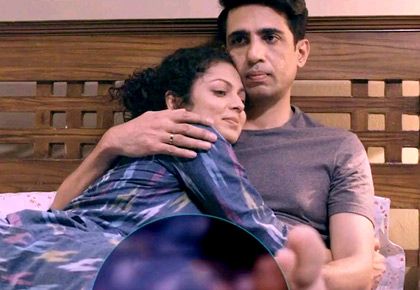