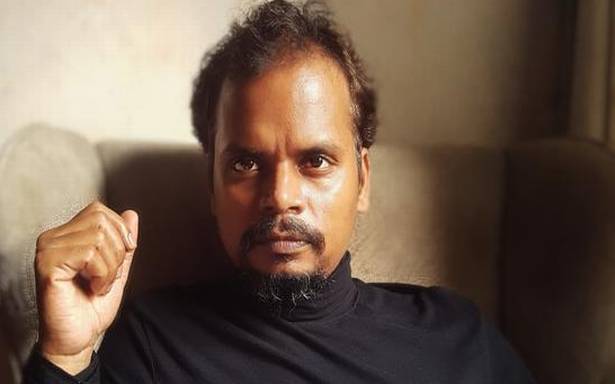 Actor Nalneesh Neel Sagar says he couldn’t have asked for a better debut in Hollywood that that of Vitilligo Lips in The White Tiger, directed by Ramin Bahrani. The Netflix movie that stars Priyanka Chopra, Rajkummar Rao, Adarsh Gaurav and Mahesh Manjrekar has Nalneesh playing the character of Vitillig , the leader of the drivers in the basement. He describes the experience as a learning one and humbling at the same time.

The 36-year-old — who has acted in the Hindi films Fukrey Returns, Chhichhore, Gulabo Sitabo, Bhor, Raaes and Shuddh Desi Romance — auditioned thrice in 2018 for the role in The White Tiger. Nalneesh shares, “I am from a little-known village in Uttar Pradesh and the farthest I have gone from home is Nepal. So, when I was asked to travel to London for make-up trials, I couldn’t believe all this was happening to me.”

Then when he was selected, he had a English language tutor and a driving instructor to teach him driving. Nalneesh recollects, “I was asked if I can speak in English as it is an English movie. I was confident that I would pull it off and replied affirmatively. I’m essaying the character of the head of the drivers, he assigns work to other drivers. My character teaches the main protagonist Balram Halwai (played by Adarsh Gaurav) to use his wit and escape from poverty. Mine is a very interesting character who is suffering from Vitiligo. My character is a bit dark and has a unique attitude and style. It is rustic and raw.”

Now, Nalneesh makes it a point to converse in English, despite some . struggle to find the right words. “I am picking up pretty good,” he says, adding, “It is a matter of practice and I will keep trying. This opportunity means a lot to me. I was chosen by the casting directors after they watched me in Veerappan (in Hindi), where I played the role of the person who betrayed Veerappan.”

Sharing details about his working experience with The White Tiger director, Nalneesh — who won Best Actor In Negative Role category for his 2018 film Bhor at the 2020 Caleidescope Indian Film Festival, Boston — says, “I have been a great fan of Ramin Bahrani Sir. I believe he has made some truly world-class films such as 99 Homes and Chop Shop. He always made me feel comfortable during the shoot. His presence on the sets urged me deliver the best each and every time.”

Nalneesh recalls when he was growing up, they had just one TV per locality, so visiting each other’s home to watch popular serials like Ramayan, Shaktiman etc was common. “So when my father brought home a 53 inch black and white TV set, I not only used to sing and dance when visitors came to watch TV but also enacted fighting sequences. I can say those were my first performances; my parents used to say ‘look at him act like them.’

He would sing at Mata ka Jagaran gatherings in Delhi while pursuing his double MA in English language. “I then went to [Bharatendu Academy of Dramatic Arts or Bharatendu Natya Akademi] and from there I joined Film Appreciation course at Film and Television Institute of India, Pune. When I came to Bombay in 2010 I had only ₹18,000 which my grandmother had given me. I am thankful to her. Though I struggled for work then, I have learnt quite a bit.”