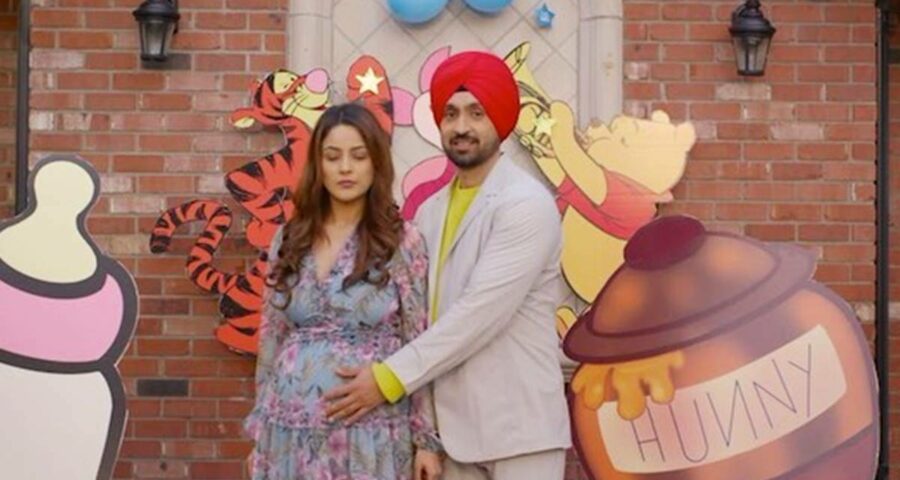 Honsla Rakh trailer: Diljit Dosanjh-Shehnaaz Gill film is just what the doctor prescribed for the upcoming festive season. The film will release on Dussehra. 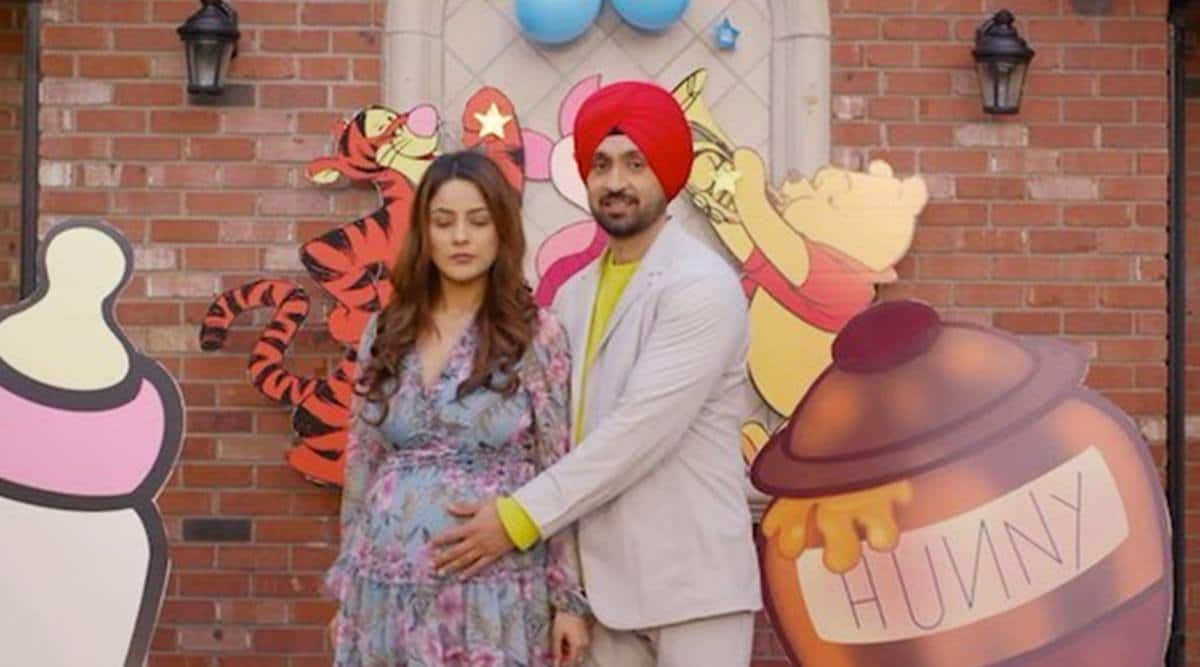 Diljit Dosanjh and Shehnaaz Gill are hopelessly in love but they don’t want the responsibility that children bring along. But if we have learnt anything from cinema, it is that life always finds a way. Shehnaaz gets pregnant, Diljit gets the boot and the baby. Honsla Rakh trailer just gets better from there.

Shehnaaz’s film debut is directed by Amarjit Singh Saron and a is laugh riot from the word go. You can thank Diljit’s impeccable comic timings for that. The actor is perfect fit as a hapless dad who gets a baby in the divorce settlement and is told by everyone to have patience – the title, Honsla Rakh. He is so tired of hearing this that he names his son Honsla (played by Punjabi actor Gippy Grewal’s son Shinda Grewal).
As the child grows up, Diljit’s character puts the past behind him and finds love with Sonam Bajwa. Everything is going right when Shehnaaz returns to his life again.

Honsla Rakh also marks Diljit Dosanjh’s debut as a producer under his banner Story Time Productions. The film is written by Rakesh Dhawan and will release on October 15 this year.

Earlier this month, makers of Honsla Rakh said they were in touch with Shehnaaz after the death of Sidharth Shukla. Producer Diljit Thind told Times Of India, “We are waiting for her to recover and heal from the grave loss. We had originally planned to shoot the song on September 15 in London, but that couldn’t happen because of obvious reasons. We will finalise a new date soon and would want Shehnaaz to be a part of it, too, as she is an integral part of the film. I am in touch with her manager and hoping that she will contact us in a few days.”