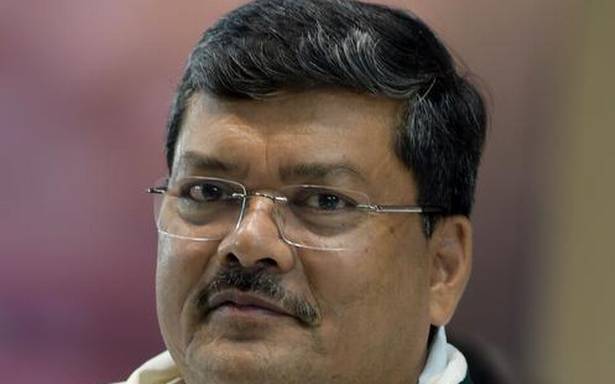 The rift in the mahagathbandhan (‘grand alliance’) in Bihar widened on Wednesday after the Congress party officially announced the names of candidates for Tarapur and Kusheshwarsthan, which are scheduled to go for a by-election on October 30.

Earlier, the Rashtriya Janata Dal (RJD) had announced the names of its candidates for both the seats. The Congress party, which had staked claim to the Kusheshwarsthan (reserved) seat, expressed reservation over the RJD’s “unilateral announcement”. However, RJD leaders said the decision was taken after consulting the top Congress leadership.

The Congress party on Wednesday announced the names of Rajesh Kumar Mishra from Tarapur (Munger) and Atirek Kumar from Kusheshwarsthan (Darbhanga). Party general secretary Mukul Wasnik issued a press release to say the names of the candidates had been approved by party president Sonia Gandhi. Earlier, ally RJD had announced names of party leaders Arun Kumar Shah and Ganesh Bharti from both the seats.

The Congress party had earlier announced that it would contest one seat, Kusheshwarsthan. “Our natural claim was on the Kusheshwarsthan seat as our party’s senior State leader Ashok Kumar had lost the poll from there in the last Assembly poll by a very thin margin of around 7,000 votes,” said senior State Congress leader and party MLC Prem Chandra Mishra.

Congress leaders Asit Nath Tiwari and Akhilesh Singh too expressed their reservation over the RJD’s announcement of its candidates.

Ruling Janata Dal-United (JD-U) and Bharatiya Janata Party (BJP) leaders too had mocked the mahagathbandhan as a “divided house”. “It show the mahagathbandhan is in disarray when it comes to their self-interest,” JD(U) leader Niraj Kumar Singh said.

BJP leader and party spokesperson Nikhil Anand said, “It shows there is no mahagathbandhan in the State. When JD(U) had announced names of candidates, all leaders of the National Democratic Alliance were present on the dais.”

JD(U) candidate from Tarapur, Rajiv Kumar Singh, filed his nomination papers for the by-poll on Wednesday.

Scrutiny of candidates will be carried out on October 11 and the results will be announced on November 2.