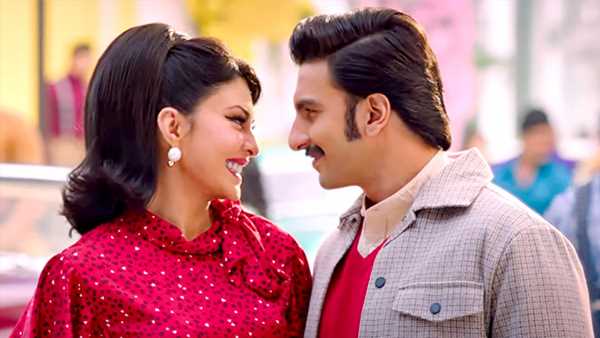 Rohit Shetty gets so busy giving us a social message that he forgets to add ‘tadka‘ — also called ‘entertainment’ — to Cirkus, sighs Syed Firdaus Ashraf.

Among all the movies he made in his career, Raj Kapoor loved his 1971 release Mera Naam Joker the most.

‘I made the film with my soul, but it did not work at the box office. This film was my special child,’ he had said.

It seems Rohit Shetty also poured his soul into his new film Cirkus, where his style of film-making goes down a very different road from his Golmaal and Singham.

He adds a lot of emotion here.

But by doing so, he goes so off-track that he reminds you of what Congress leader Rahul Gandhi is doing during his Bharat Jodo Yatra, where he’s talking abut brotherhood and humanity and forgetting that the voter does not want a lecture. It resulted in the BJP’s thumping victory in the Gujarat elections.

Rohit Shetty is so busy giving us a social message that he forgets to add ‘tadka ‘ — also called ‘entertainment’ — to the film.

Set in the late 1960s, the film delves into adoption and upbringing, making it boring right from the start.

The script is inspired from Shakespeare’s The Comedy of Errors, which was earlier adapted by Gulzar in the 1982 movie, Angoor, starring Sanjeev Kumar and Deven Verma in double roles.

Screenplay writer Yunus Sajawal has done a copy-paste job in Cirkus, replacing those fine actors with Ranveer Singh as Roy and Varun Sharma as Joy.

The setup is different, as here, the first Roy is an ‘electric man’ while the other is a businessman.

By definition, a circus is an entertainment or spectacle usually consisting of trained animal acts and exhibitions of human skill and daring.

In this Cirkus, located in Ooty, you get none.

There are some occasional jumping acts here and there by jokers, and then the protagonist just holds two cables and passes current through his body.

This is what Shetty makes us believe is called ‘entertainment’.

Varun Sharma should be asked in his own dialogue, ‘Tu film mein kyon tha bhai?’

The same thing goes to Jacqueline Fernandez, who disappears ina blink of an eye, and Pooja Hegde, with her expressionless acting.

Only Sanjay Mishra and Siddhartha Jadhav hold the film together.

Mishra falls flat in the first half in dialogue delivery with no good one-liners, but he gets his moments in the second.

Jadhav rightly plays a Johnny Lever protege and will surely be Bollywood’s next Johnny Lever if he gets more acting assignments.

The only saving grace of the movie is Deepika Padukone and her song, Current Laga Re. 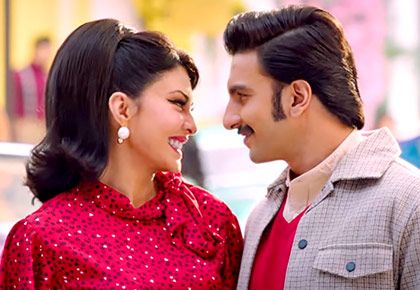