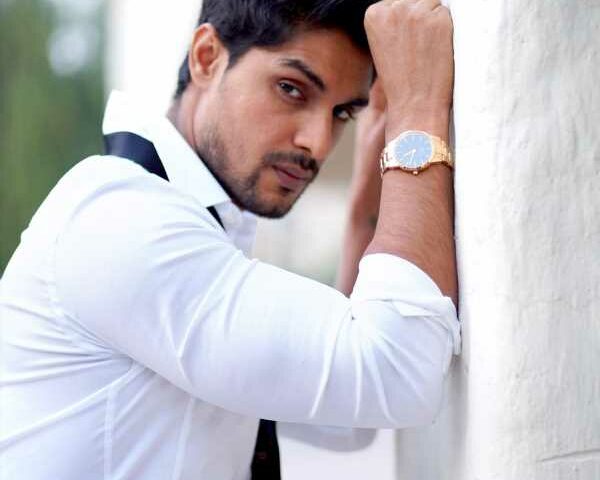 ‘Even if I last in the house for a few weeks/months, it would be great as I am somebody who doesn’t like to be with too many people. If I achieve that, it will be a trophy for me.’

When Fateh Singh Virk and Tejo Kaur Sandhu died in the popular serial Udaariyaan, actors Ankit Gupta and Priyanka Chahar Choudhary — who played the two characters — quickly moved on to their next role.

This time, they play themselves in the Bigg Boss house.

With the curtain drawing on Week 1, Ankit has chosen to be a quiet presence in the house and has not grabbed much screen time.

“Firstly, I didn’t want to do the show because of its nature; you are cut off from the outside world,” he tells Rediff.com Senior Contributor Rajul Hegde before he enters the Bigg Boss house. “Secondly, I am a private person.

“One of the main reasons to consider the show was my mother’s words. Once, she asked, ‘Tu Bigg Boss mein kyun nahin jaata?’ since I am doing a show for the same channel.

“Though she doesn’t follow Bigg Boss, she knows it’s one of the biggest reality shows in India. Also, I wanted to get out of my comfort zone.”

He adds, “I didn’t give them the confirmation until the last few days (before the show began). So I haven’t done any shopping; I guess my clothes will come to the Bigg Boss house after I go inside.” Ankit says he has not seen a single episode of the past seasons of Bigg Boss “I want to go with the clear mind and clean slate, that’s why I didn’t watch any episode even after I gave a nod to be part of the show.

“Honestly speaking, I don’t have any strategy. I just want to get out of my comfort zone. I will go with the flow, enjoy every moment and chill.”

Every contestant who has participated in the show agrees that living in the Bigg Boss house is challenging and people find it hard to control their temper. If he is faced with such a situation, how does Ankit plan to cope?

He jokes, “I am the next Gautam Buddha. It’s going to be a test for me to live with so many strangers and deal with them on a day-to-day basis. People say I have a lot of patience and don’t get provoked easily, so it would be exciting to see how it goes.

“Even if I last in the house for a few weeks/months, it would be great as I am somebody who doesn’t like to be with too many people. If I achieve that, it will be a trophy for me.” Ankit rose to fame with his performance in the serial Udaariyaan; when the show took a leap recently, his character was murdered. As was the character of his co-star, Priyanka, who is also seen in Bigg Boss. According to the rumour mills, the two are a couple.

Does that mean he is looking to find love in the Bigg Boss house?

“It’s a complicated situation,” he confesses, “because even if you don’t like the person in the house, you develop some kind of soft corner with somebody that you have been interacting with. Personally, I think that the relationships made in such situations don’t last, it just happens in films (laughs). I really don’t want to get into that mode.

“I am not going with neither an open nor closed mind. I will just go with the flow. You never know; anything can happen inside the house.” 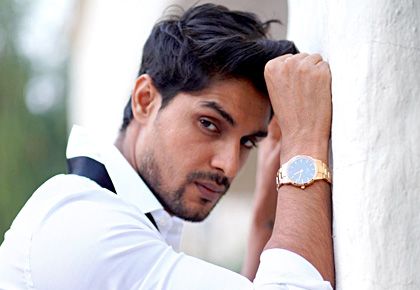