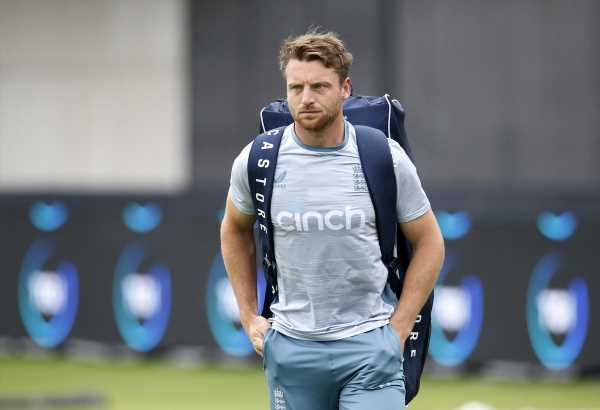 Buttler, recovering from a nagging calf injury, watched from the sidelines as England beat Pakistan 4-3 before flying into Australia, where they play three 20-overs matches against the World champions.

“I’m back to 100 percent,” Buttler told reporters in Perth on Saturday.

“Had a good time in Pakistan rehabbing, probably could have played earlier, but with the World Cup around the corner, it was the right thing to do.”

Buttler’s return to the playing eleven means Alex Hales and Phil Salt would vie with each other for the second opener’s slot.

“We have great options at the top of the order with guys in really good form in Pakistan,” Buttler said.

“They’re both excellent options. Whoever I partner with will have a great go at it.”

While England would welcome Buttler back into the squad, concern remains about white-ball star Livingstone’s availability for their Oct. 22 World Cup opener against Afghanistan.

“(He) is still a little way off at the minute so he’s building back,” Buttler said.

“Hopefully he’ll get back to full fitness before the start of the World Cup.”

“Ben Stokes is someone we want to try to give as much opportunity to impact the game as possible,” Buttler said.

“Try to get him up the order as high as we can, give him as much responsibility as possible and allow him to play his way to get the best out of him.”