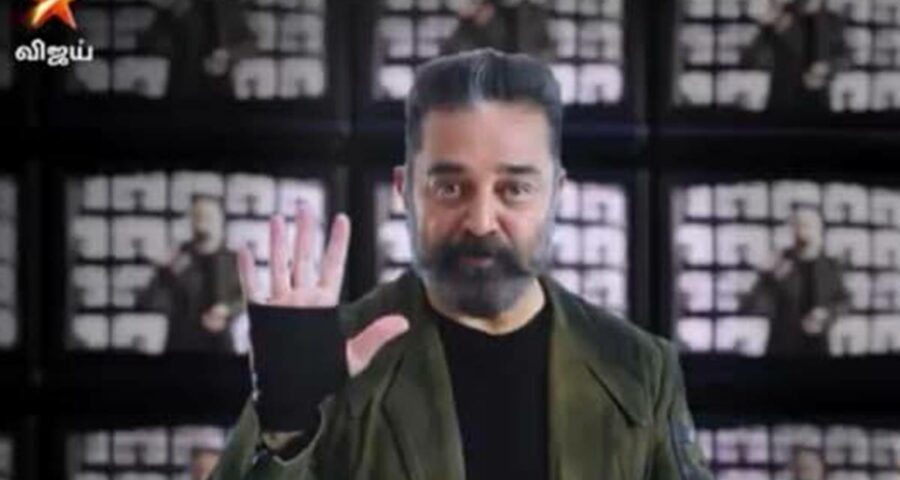 Here is everything you need to know about the contestants of Bigg Boss Tamil Season 5. The fifth season of Bigg Boss Tamil went on air on Sunday with a grand launch event hosted by Kamal Haasan. With anchoring skills that he has perfected in the last five seasons and a strong undercurrent of intimacy that he has developed with the audience, Kamal introduced as many as 18 contestants on the opening night.

The showrunners have handpicked contestants from various social, cultural and economical backgrounds. There is also two Tamil speaking contestants of foreign origin. The diverse group of individuals make for an effective microcosm of society as they bring in different beliefs, ideologies and political thinking to the show.

Here are the 18 contestants of Bigg Boss Tamil Season 5:

Niroop could be touted as the first non-celebrity contestant on the show. He has not proved himself in show business even as he aspires to become a film actor. He is an entrepreneur who owns companies in Bangalore and Chennai. He is rich, tall, hulky, qualities desired in a person who wants to become a leading actor. But, Niroop claims, in his case, his height resulted in multiple rejections from filmmakers. He seems a bit serious and always means business. He claims he is open to a relationship on the show.

Ciby had done a significant role in director Manoj Beedha’s 2018 crime drama Vanjagar Ulagam. However, his claim to fame was his role in Lokesh Kanagaraj’s blockbuster Master, which came out in 2019. He had played a key role in the film as one of the pet students of Vijay. He recalled that he took a leap of faith by quitting his well-paying job in the UK to pursue acting in Chennai. And it is something he won’t recommend to others.

Thamarai Selvi’s personality is marked by her innate naivety and docility. A street theatre artist, she is a star in her own right. She says she is much-sought-after in her profession and enjoys a significant fan following of her own, especially among women. Will her simplicity help her survive on the show? We have to wait and watch.

“She looks like Fletcher’s sister,” quipped Kamal Haasan, looking at Iykki Berry. She seems to have developed a habit of breaking conventional beliefs of society. She hails from a family of farmers in a small town in Thanjavur. And her personality and style shatter the very stereotypical image of a girl from a village. She is a cosmetologist who is also exceptional in singing.

Akshara has acted as a female lead in a Kannada movie, and she is an accomplished model. She is a fitness freak, who is now interested in boxing and aerial yoga.

Suruthi also likes to break stereotypes. Her first claim to fame was a modelling project aimed at challenging society’s obsession with light skin. In the project called “Dark is Divine”, she was photographed as Lakshmi, the goddess of wealth. She was also a national level basketball player before she became fully involved with show business.

The Tamil television audience needs no introduction to Imman Annachi. He is a well-known comic and an anchor of a popular children’s television show. He has also acted in popular television serials and movies, including Vijay’s Puli and Jilla.

Grandson of actor Isari Velan, Varun is a film actor. He has played the lead in the upcoming action film Joshua Imai Pol Kaakha, which is helmed by Gautham Menon.

Nadia Chang hails from Malaysia. She was a model before she became a sensation of sorts on social media apps such TikTok. She is married and has three children.

Chinna Ponnu is best known for singing “Naaka Mukka”. She said her life changed after she became a playback singer in movies. She said that those who ignored her, in the beginning, began to treat her with respect. The singer, however, says she has been facing to cope with financial challenges as opportunities to sing in movies have drastically reduced. And she hopes the show will open new doors for her.

Pavni is a well-known face among the Tamil television audience. Originally from Karnataka’s Belgaum, she is known for her roles in serials like Pasamalar, Chinna Thambi among others. She has also appeared in a few films, including Motta Shiva Ketta Shiva. She is still recovering from a personal tragedy. She had lost her husband Pradeep Kumar to suicide a few years ago. And now, she is trying to move on with the help of her family.

Abhinay shares a very close personal bond with Kamal Haasan as he is the grandson of legendary actors Gemini Ganeshan and Savitri. He is an organic farmer and living a very good life with his wife and daughter. However, he wants to follow in the footsteps of his grandparents and make it big in movies. He wants to do that on his own.

Priyanka is a celebrated television jockey. She hosts several talent shows on Vijay Television. She considers Bigg Boss as a paid vacation.

Namitha is the first transgender contestant in the history of Bigg Boss Tamil. She wants to be an inspiration for all those people who are struggling with their sexual identity. She is an accomplished model and has also acted in a few movies. She has also represented India in the Miss World competition for transgender people.

Abishek is a popular YouTube movie reviewer. And he couldn’t have asked for a better birthday celebration has he entered the show on his birthday. He says the platform is perfect to amplify his thoughts.

Mathumitha’s parents moved to Germany from Sri Lanka. And Germany became her home as she was born and raised there. She studied fashion designing, later became an IT consultant, and now she is a model.

Raju is a popular television actor, mimicry artist and scriptwriter. Despite his successful career in show business, he nearly tried for five years to enter Bigg Boss Tamil. He hopes the show will further his ambition of landing big acting jobs in movies.

Isai Vani is a popular gaana singer. She recalled the story of how she was always the last person to be called on stage to sing during performances by her local musical group. Hence, the showrunners decided to make her the first contestant to enter the house in the new season. She has also been named in BBC’s list of the world’s 100 most influential and inspiring young women.