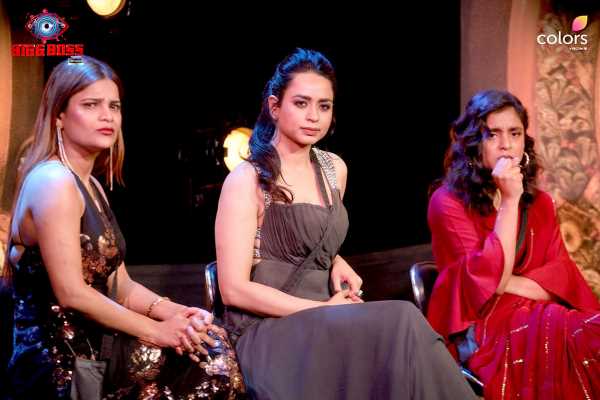 Sumbul Touqeer hasn’t been active in the game so far, but that seems to have changed thanks to Archana Gautam.

The 18 year old lost her cool when Archana dragged her father in their spat.

It’s good to see Sumbul standing up for herself, but she’s still hanging out with the wrong people.

Namrata Thakker gives us the lowdown.

Archana gets angry with Sumbul as she talks about Gautam Vig and Soundarya Sharma’s bathroom clip to Tina Datta, Shalin Bhanot and Nimrit Kaur Ahluwalia.

Archana tells Sumbul she wasn’t supposed to discuss the topic with the other housemates as even host Salman Khan did not speak about it.

She also pulls up Sumbul for adding masala and giving the wrong information just for gossip.

Sumbul denies this, and it leads to an argument.

The argument turns ugly when Archana drags Sumbul’s father into the fight.

Tina and Shalin warn Archana not to cross her limit. Salman uses the stage to pull up Archana and Shalin.

He tells Archana to stop complaining about her luggage and blame the Colors team for not getting her luggage bag.

He makes it clear that no one is stealing her clothes and that if she does not have her bag, it’s because no one has sent it.

Next, Salman grills Shalin about his chicken obsession and tells him that it’s irritating to hear him constantly talk about it.

Salman feels Sajid Khan is coming across very confused in the game, and asks Sajid to pull up his socks and take it seriously.

Elimination with a twist! Salman announces it’s time for elimination but there’s a twist.

Archana, Sumbul and Soundarya, who are in the danger zone, have to choose someone they trust.

The three of them are asked to stand on a podium and Salman says if all of them ring the buzzer at the same time, no one will be eliminated this week.

Priyanka, Gautam and Sajid are given 10 seconds to decide and all of them end up pressing the buzzer.

With that, no one is eliminated from the show, but Rs 25 lakh from the prize money is deducted.

Double XL and Mili in the Bigg Boss House The weekend episodes had a lot of celeb guests.

Double XL stars Sonakshi Sinha, Huma Qureshi, Zaheer Iqbal and Raghavendra Mahat ask the contestants to act like an audience and give feedback to one another.

Sonakshi and Huma then tell the housemates to wear big dentures and say some dialogues.

Janhvi praises Nirmit for being sporty and answering questions honestly. 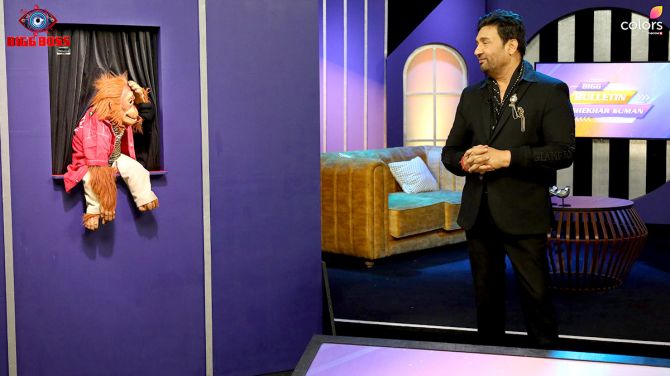 Shekhar Suman returns with his Big Bulletin segment and makes fun at the contestants with a monkey puppet.

He feels Shalin is fake, Priyanka is ‘attention seeking’ and Archana is compared to a crow!

The housemates take it sportingly.

It’s good to the see the Gori Nagori moving away from her group and mingling with Soundarya, Gautam and Priyanka. She can go long in the game if she plays smartly with them.

Shalin and Tina seem to have joined Shiv and Nimrit’s group which is interesting because not too long ago, Shiv had called out Shalin for being two-faced. Funnily, they are friends now.

Sajid isn’t doing anything except bitching about Gori, which is unnecessary.

Archana is back to being friends with Priyanka and is the only one giving drama-worthy content. 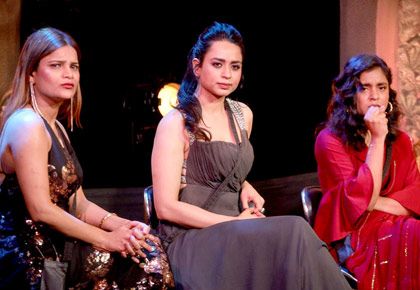