Shamita Shetty talks about entering Bigg Boss for the third time, her connection with Raqesh Bapat and how people have a wrong perception about her. The Bigg Boss OTT finalist will enter the show on Sunday. 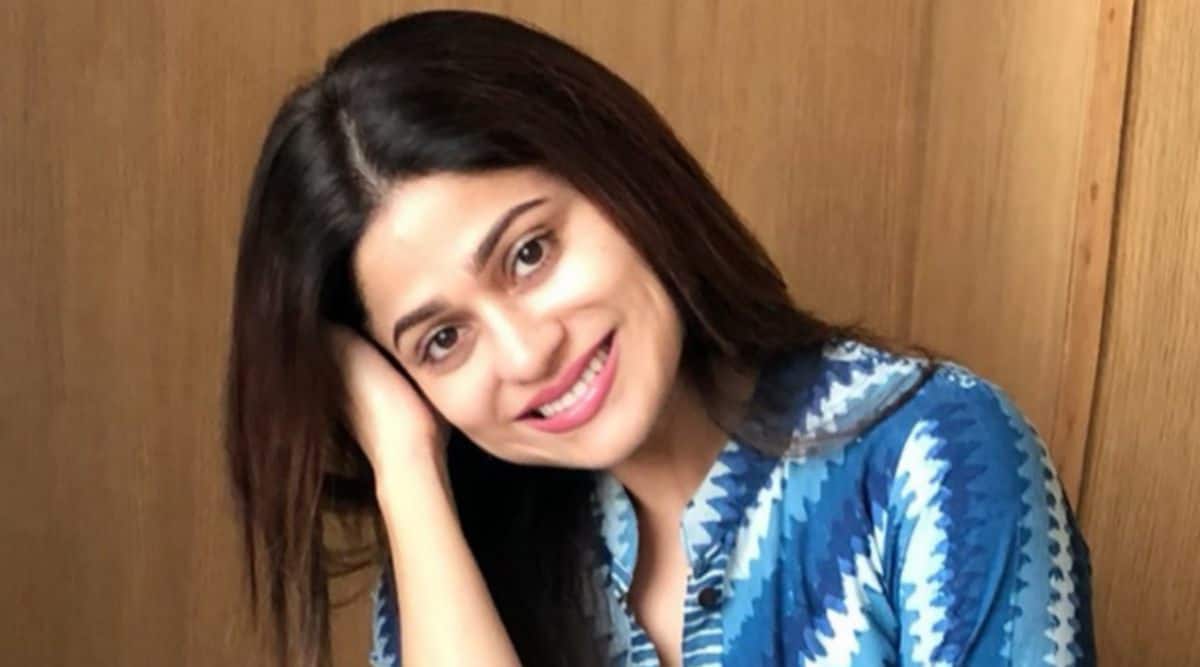 Shamita Shetty is hoping that she will be third time lucky. While the Mohabbatein actor was part of the third season of the show, she had quit the show mid-way because of personal reasons. Earlier this year, she entered Bigg Boss OTT, and ended up as the second runner-up of the show. And now, Shamita is one of the contestants on Salman Khan hosted Bigg Boss 15.

Sharing that elder sister advised her to be herself, Shamita Shetty added that she too believes in the same. “Shilpa too did that,” she added. In an exclusive chat with indianexpress.com, the Bigg Boss 15 contestant opens up about her journey in the digital show, facing class bias and her equation with Raqesh Bapat.

Excerpts from the conversation…

After facing challenges for six weeks in the Bigg Boss OTT, what makes you get back to the same torture again?

Well, I think I was just overwhelmed with the response I got and thus decided to say yes. It also meant work at a time when people are sitting at home. I want to make the best out of every opportunity that comes my way. I don’t think it was also torture as that is the format of the game.

Other contestants know you will be on the show, do you think they will come prepared to trigger you?

Of course they will and it’s a game, so it’s fine. I am prepared for it.

Given people have already seen you on Bigg Boss OTT, how do you plan to entertain them this time?

I wish I was the sort of person that makes such strategies. I live one day at a time, and I will be the same person in the house. I just want to come out as the best version of myself. Above all, everything depends on what kind of situations I am thrown into.

This is your third chance on Bigg Boss, there is a section that feels the makers are being biased.

Honestly, this is something you have to ask Colors why they reached out to me again. I must have done something right. Even I had put in so much hard work during Bigg Boss OTT. It hasn’t been easy, emotionally and mentally.

Do you hope you can get the trophy this time?

I would love to. As I said, I also put in a lot of hard work, I was staying away from my family. Bigg Boss is not an easy place, and just like anyone, I deserved to take that trophy home. I think I am so tired of being part of reality shows and standing like a prop in the top three. I think some people believe I don’t need to win this but let me tell you, it is very important to me, and I want to win.

You are said to be quite prim and proper, are you ready to face challenges of the jungle?

It’s going to be a new experience and I am excited to go through it. And what prim and proper, I think I was the one who washed the maximum bartans in the house, cleaned the washroom, and even the commode. It’s convenient to tag me as lah-di-da just because I dress up in a certain way. It’s sad that people don’t see my other sides.

You had spoken about class bias in the show. Do you think it will happen again?

It’s a battle I have fought all my life. It’s not a big a deal for me to face it again for a few months.

Karan Johar was said to be very biased towards you, now that Salman Khan is hosting the show, who knows your family, do you think the same allegations will come his way?

When was Karan biased to me? He told me when I went wrong. It’s so easy for people to do this. It’s unfair to me and also to him. He has the right to express himself the way he wants. Just because I come from a certain background doesn’t mean you have a perception about me. As for Salman, do you really think he will go easy on me? Salman is always himself and does what he wants to. He would pull me up in my personal life, so why won’t he do the same on-screen, when he is expected to do this job.

Also, we cannot not ask about Raqesh Bapat, you both have been spending a lot of time together. So is this the connection you were waiting for?

(Laughs) We did not get a lot of time together as we both were busy with our own families. Also, I think it’s too early to talk about the connection as we both want to spend time knowing each other in the real world. I would also have loved for him to come along but he has work commitments. I think only after Bigg Boss 15, we will get time to know where it’s heading.