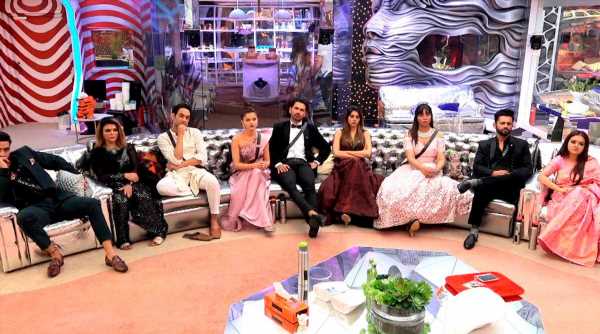 This week the contestants who are nominated for eviction from Bigg Boss 14 are Vikas Gupta, Rahul Vaidya, Devoleena Bhattacharjee and Nikki Tamboli. Among those who are fighting for the winner’s title include Abhinav Shukla, Aly Goni, Rubina Dilaik, Arshi Khan and Rakhi Sawant.

This week the contestants were made to sacrifice the luxuries of the house during the nomination task. During the rest of the week, they got a couple of chances to win back the lost facilities. While one of the tasks required them to assemble cycles, another task named ‘Time Loop’ had Bigg Boss test how well the contestants can maintain continuity.

Aly and Abhinav once again had a major fallout during the cycle task where the latter even got physical. Aly also pointed fingers at Arshi Khan’s friendships in the house. Rakhi Sawant, in an attempt to entertain the viewers, irked Rubina and Abhinav with her antics. Vikas also revealed details about his personal life.

In today’s episode, when Salman Khan tells Abhinav Shukla and Rubina Dilaik that they have benefitted from Rakhi Sawant’s act throughout the week, a hurt Abhinav claims that if this is the form of entertainment the show wants, he would like to leave the show right away.

In today’s episode of Bigg Boss 14, Salman Khan will tell Abhinav Shukla and Rubina Dilaik that they have benefitted from Rakhi Sawant’s entertainment. However, the comment does not go down well with Abhinav.